My favorite plastic pusher told me that both FV432 kit are available again.

Now that is good news!

I have the version that served in Iraq but would like the other in the green/ black camo.

This is making it difficult on my wallet

Me not being too familiar with FV 432 family. What else can be done with the Mk.2/1? APC and Ambulance? I don´t want to stick on AA conversions. I had once the bold plan to convert the 432 into a 434.

I’m not a Ninja when it comes to the series; however, in addition to the AA conversions, have a look at Michael Shackleton’s efforts, somewhere within:

which will enable you to ring a few changes; in the scheme of things very reasonably priced too I think.

They have all sorts of conversion of these in the UK- I’ve seen a limo version and a hearse that had clear bits around the rear. I’m pretty sure they’ve been used as the basis for tracked things in films and TV too.

This is a “Bradley” film prop made from an FV-432. Note the right side driver’s hatch (actual Bradley has the driver on left side). 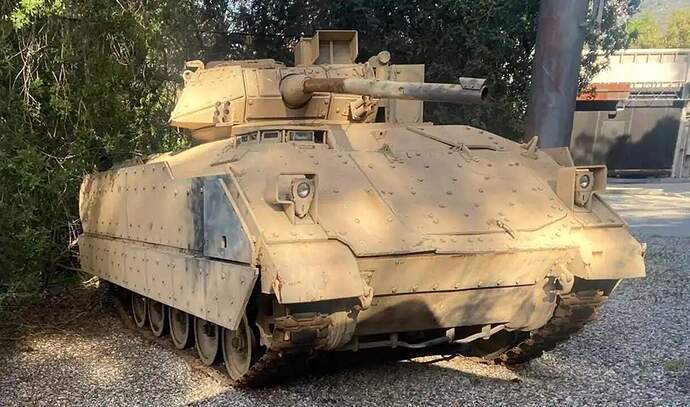