Inspired by some history documentaries about the Korean conflict, I built a display on the subject in 1/48 scale. It shows a North Korean MiG-15 (Tamiya) and a US-F-86 “Sabre” (Academy), which break away over the “MiG Alley” after a dogfight with no winner. Of course there is some artistic freedom in it.

During the Korean War (1950–1953), “MiG Alley” was an approximately 150 km long area along the Yalu river, which separates North Korea and China. The MiG Alley was the main site of the aerial battles in North Korea, which were mainly fought with North Korean MiG-15s and American North American F-86s.

Whether my MiG, flown by the Soviet pilot Major I.P. Galyshevsky, ever met Captain J. McConnel’s Sabre, is artistic freedom.

The point here was actually to put not two silverwings on the display.

Built out of box. Colours from Revell and Gunze. 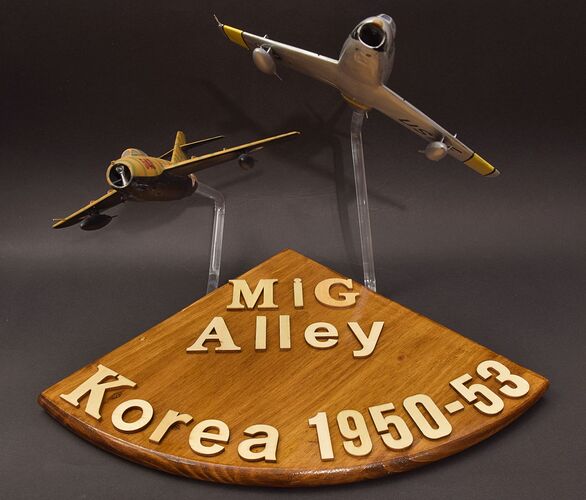 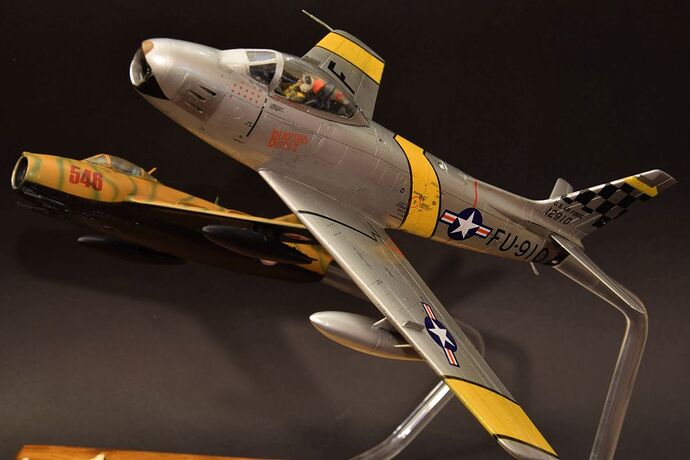 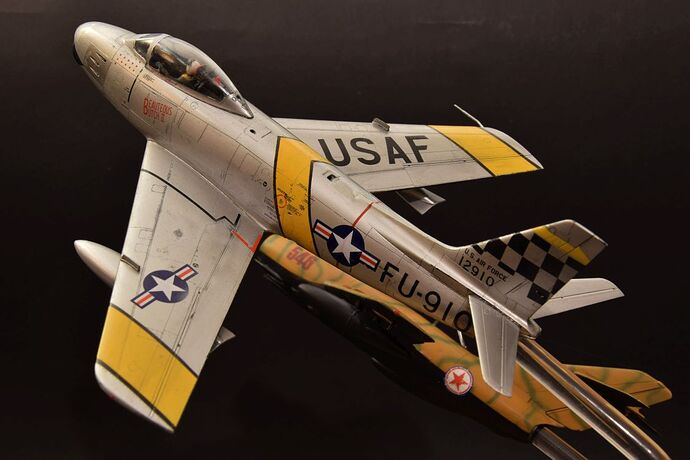 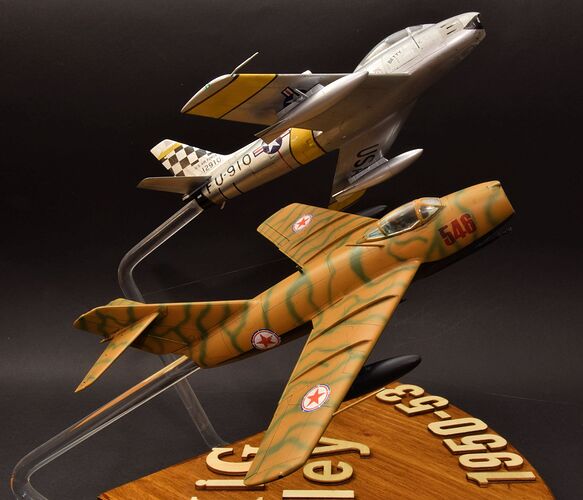 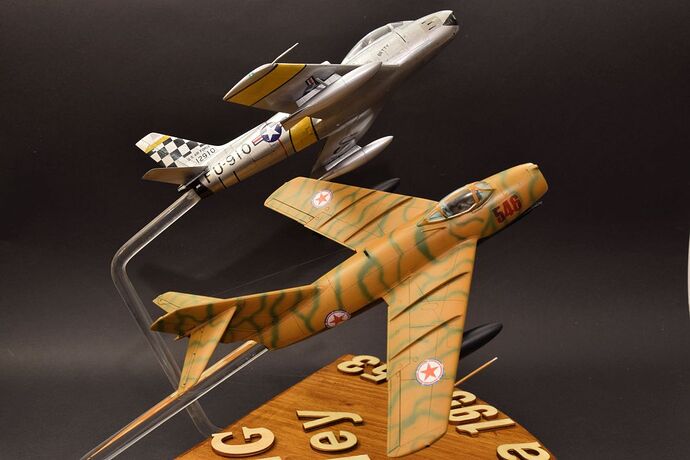 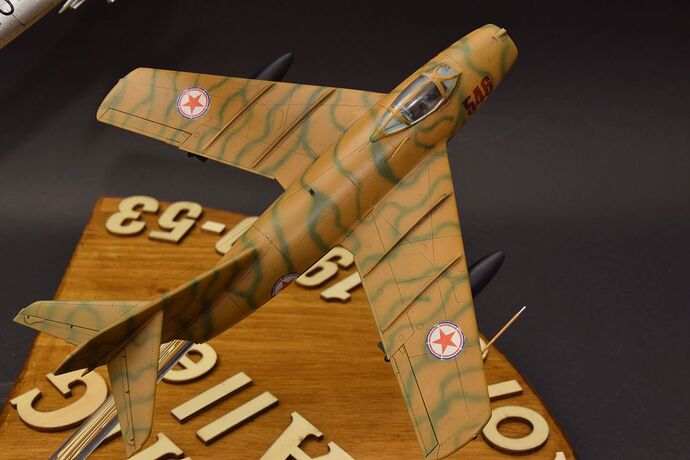 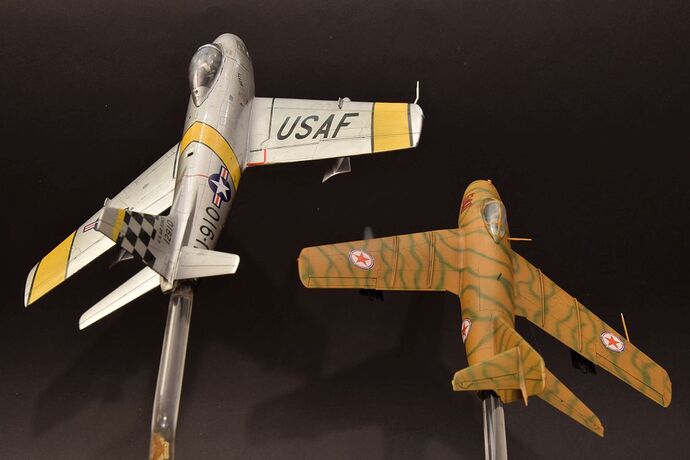 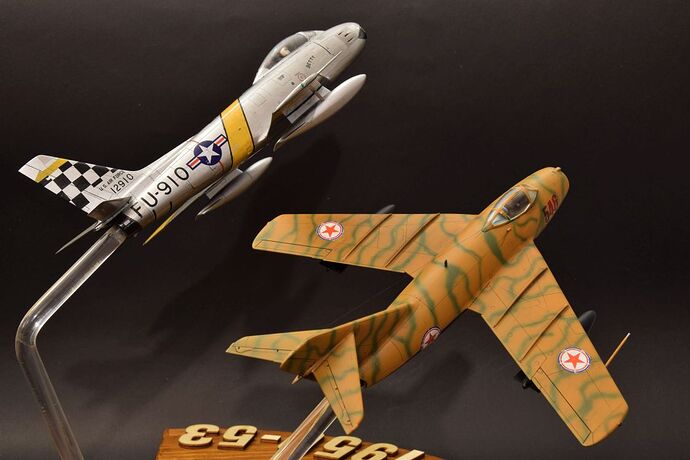 That looks really great! The base sets off the 2 beautifully made planes nicely.

Wow, that’s a nice display, Stefan! Well done! And do I see no weathering on the MiG? Can it be true? If so - good boy!

Though I have 3 Academy Sabres in my stash I haven’t build one of them all the years. And no Mig 15 as well …

Torsten…No, no, no!!! The MiG got a “stealth weathering”…especially for you, mate!!!