So this was meant to be a fun, in between projects project. I think the Quads are one of the coolest looking vehicles to come of out the commonwealth arsenal during the war.

I’ve always loved them and have always wanted to build this kit. For a myriad of reasons it’s never happened until now.

It’s ancient, and inaccurate and fits terribly and I love every minute of it.

It’s an OOB build with a few small exceptions. I scratched the cargo rack on the roof and added a winch cable and hook to the rear. Grab handles have been replaced with copper wire. Stowage is from Black Dog.

The vehicle represented is semi fictional. It’s marked as being from the 4th Canadian Anti-Tank Regiment, 5th Canadian Armoured Division. The battery markings that came with the kit are for a Medium Regiment that wouldn’t have even been issued Quads so until I can source some, they’re missing.

The paint scheme is SSC 14 Blue Black over SSC 5 Light Mud. These were the colours authorized for use at the beginning of the Italian Campaign. Regarding the windows, they were often painted over to reduce reflections. I was intentionally messy with them to try and make it look more field expedient. 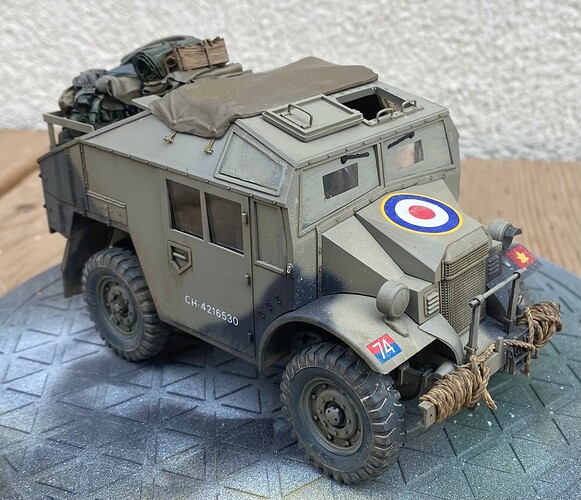 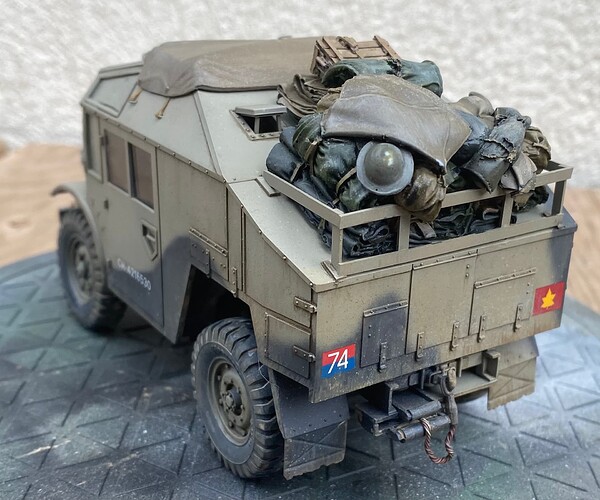 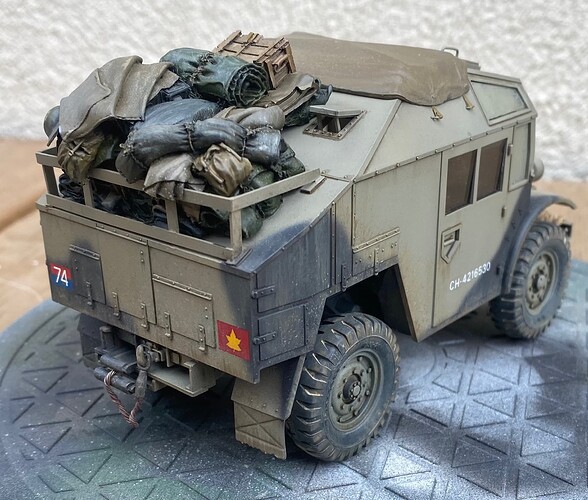 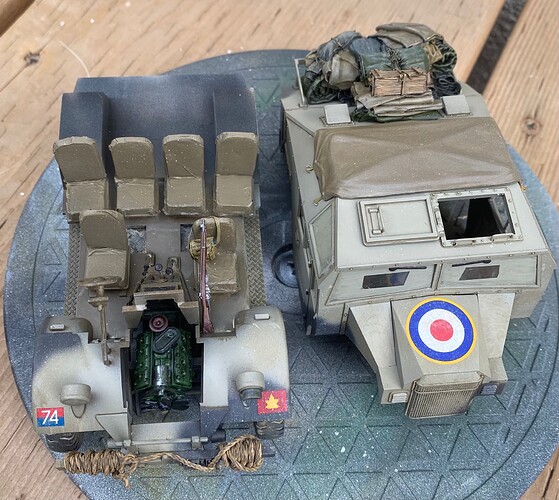 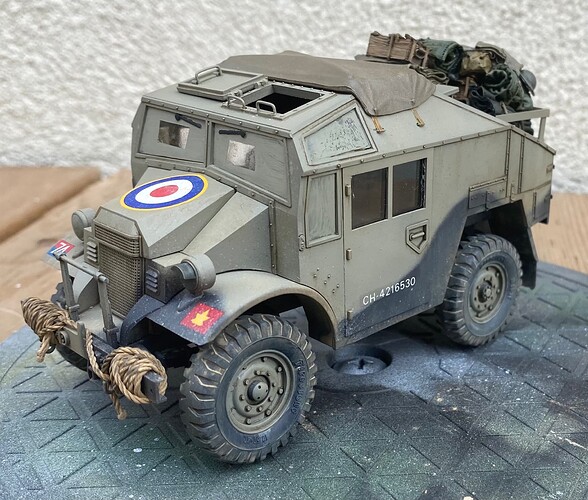 Hi Don - Love it ! I have this one in the stash as
well - rarely do any 1/35 stuff anymore but it seems when I do it’s British softskins/ towed artillery.
I missed the Thundermodel Morris FAT cab because I was waiting on the Bronco kit that never appeared . The Bronco 25 pounder / limber languishes in the stash as well . BTW - the rope looks great - what did you use ?
Cheers - Richard
Edit - I meant to say Mirror Models - not Thunder Model - my oops !

This thing was comically primitive in detail but I think that’s what made it so much fun. Can’t fuss over details that don’t exist.

I know Mirror Models do a newer tool Quad with the CMP body if you’re ever looking for something nicer. I might grab a 17pdr to go with this one eventually.

The rope is from the spares bin. I think it was a tow “cable” from another kit. I soaked it in AK Dust Effects and then when dry went over it with a couple other colours for some contrast.

It gets my vote. Looks really nice so well done. Nice kit and you’ve done it proud, problems and all

That came beautiful Don. Great job on the paint job and extra gear !

That is a very nice build. My first ever build, at least when I returned to the hobby at the end of 2019, was a CMP artillery tractor in 1/72 scale. It was a Plastic Soldier Company kit I bought as a way to get back into the hobby. Essentially built out of the box and used decals from Plastic Soldiers Company decals. Photo was made at my “work bench” aka kitchen table to wife and kids. 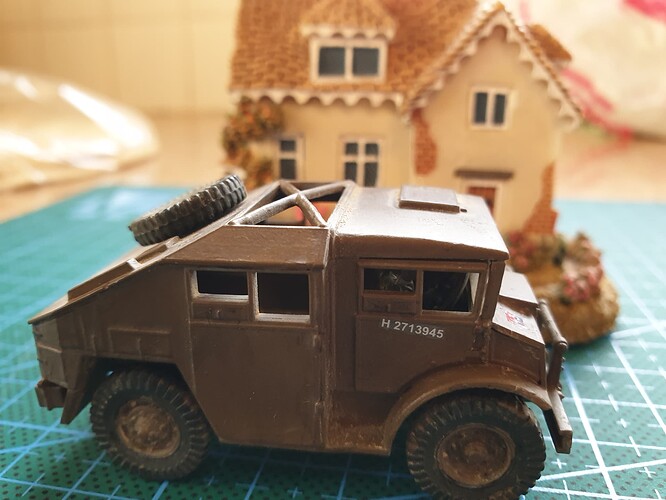 When you say it’s inaccurate, in what respect? I have made this kit and considering the age of it I thought it went together pretty well. Having said that, my understanding of the inaccuracy was in scale, I believe it’s nearer 1/32nd than 1/35th. I also believe I read somewhere that the vehicle used as the guide for the kit was in the service of a Far Eastern police force (was it Singapore or Indonesia?) so that there are a few details that are missing or incorrect. I certainly like your iteration BTW!

Yeah, maybe “simplistic” is a better term rather than inaccurate, especially given its age. It also doesn’t help that there were at least half a dozen “official” body types, not to mention all the field modifications that would have been made.

That’s interesting about the scale discrepancy. I’ve got a scale side view of the 7A2 body and it looks like the kit falls somewhere in between 1/32 and 1/35, though admittedly it’s hard to take accurate measurements with it fully built up.

If it really was modelled after a vehicle in the Far East, that raises a whole other set of questions. A lot of Quads destined for the CBI theatre were shipped as bare chassis with body work completed in India by local contractors.

Looks great to me, well done!