i could use some help right about now as i have just had one of those fun incidents that question your hobby/sanity.

a small jar of tamiya fell from my shelf and hit not one, not two but four models doing damage to them. My Bandai A-wing star fighter lost it’s canopy which i found and reattached same goes for my Bronco British army quad bike and trailer, as the spare wheel and load got knocked off which i have now glued back in place. the landing skid on my Revell 1/72 AH-1G lost a landing skid but i have found it and i need to repair that as well.

the big problem is the Tamiya M113A2 50 cal ammo, which was smashed off and i can’t find it and there are no replacement in the spares box of the open top ammo can that you can see in the picture below. does anyone have a replacement that i can buy from them or know the part number and maybe i can order a replacement from Tamiya?

I do have the closed version of the can but i would prefer the open top version with the 50 cal ammo exposed. 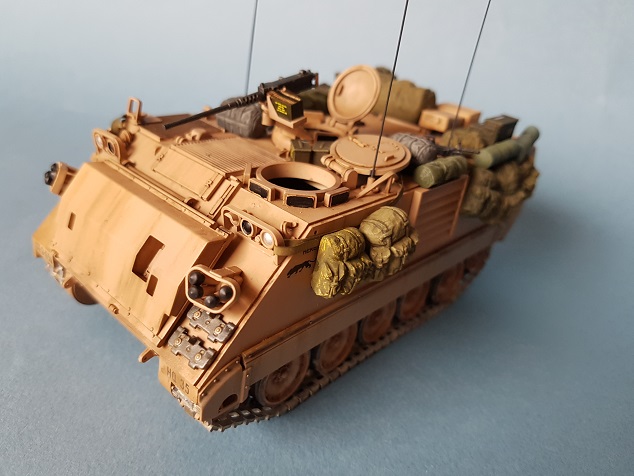 I got a couple, PM me your address and I’ll mail 'em over.
That M113 looks killer by the way!

cheers mate, it’s part E4 on the instruction sheet and I’m more than happy to pay postage and packing etch.

sending you a pm shortly

I’d like to hear how you repair the skid on the Cobra, I have a LOACH that got knocked off the table and broke the skid at the fuselage, it’s been repaired once but didn’t survive the second auto-rotation lol 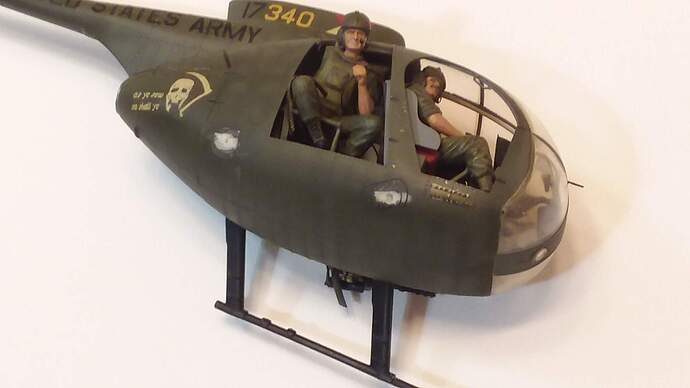 I have repaired broken skids by drilling a hole in both the skid side and the fuselage, then pinning the joint w/thin (1/16) wire and glue with superglue. Let dry fully and touch up the paint and it will be as good as new.

yep that’s what intend on doing, although I plan on using Albion alloys metal tubing.

Looks great. Just a question for all, do M2 ammo cans have stencilling on front as well as back?

I originally pasted one on my M901, but removed it based on t’internet info.

Hopefully Gino will be along to answer this for you

The stenciling is only on one side. 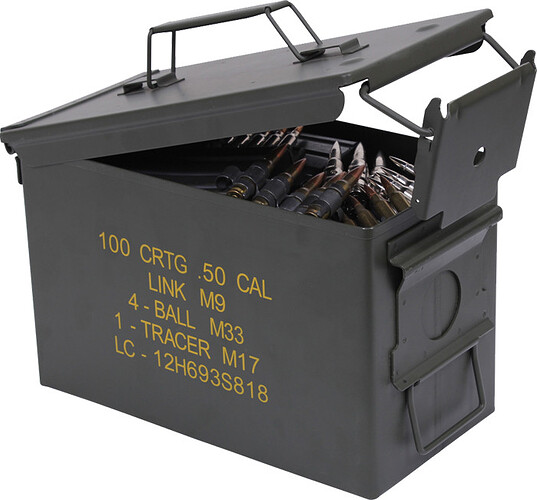 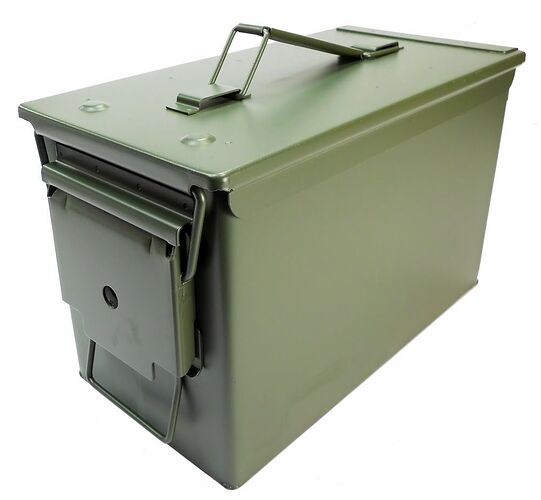