do you loose a wheel?

Didn’t lose a wheel in a traditional sense. Used that one to make a silicone mold for making resin copies. Now that I have a 3D printer, that was not necessary but decided to use one resin copy on this build.

Good job on the old girl. I still have a couple in the stash and enjoy building them as well. Making enough corrections to get a good model is a large part of it for me too.

Won’t be printing any new stowage sets for a while, however. Need to finish building the kit first.
Plus, got way too many other designs and prints going:

What are you going to do for tracks?

Thank you. People need to buy more to be worth the effort however.
For tracks, either AFV Club indi tracks or use a spare set Dragon’s SD (self destructive) tracks if I feel lazy.

Looks very good, looking forward to the next progress.

Are you going to make modifications to the suspension?
Bill

I already have made changes to the suspension using Paul Budzik’s guidance: 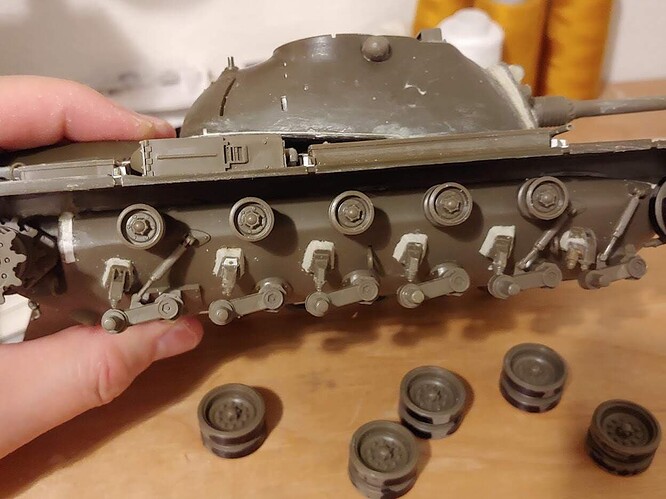 Thanks! It looks great!
Bill

While taking a break from frustrations of 3D CADing, made some progress on the oldie.
Grab rails on the turret and turret basket all redone with Evergreen rods. Plastruct adesive worked its magic. 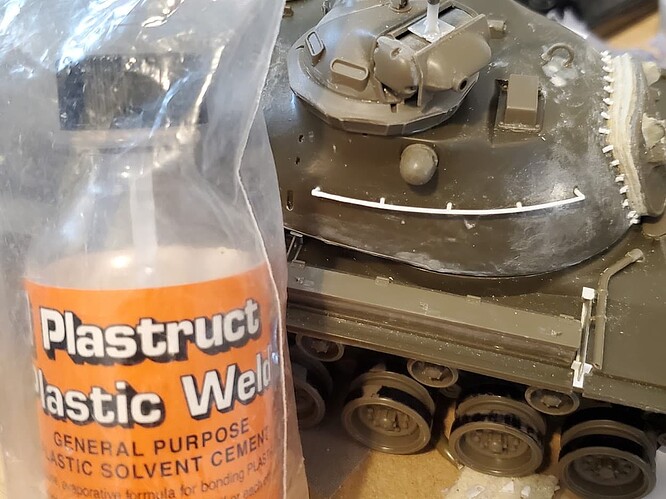 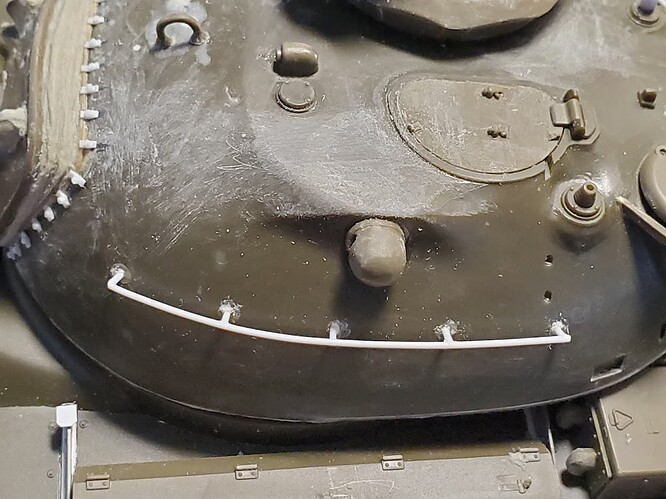 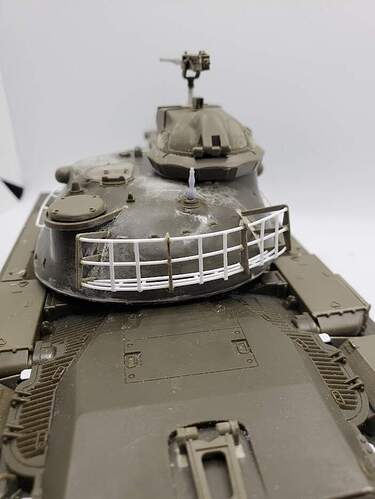 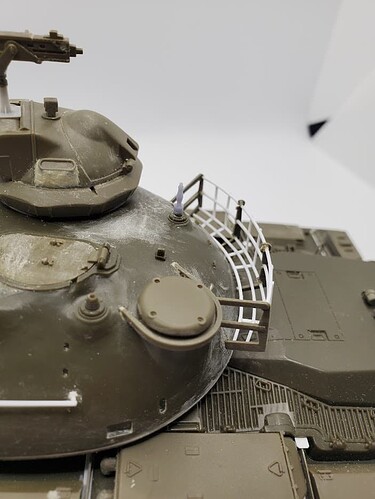 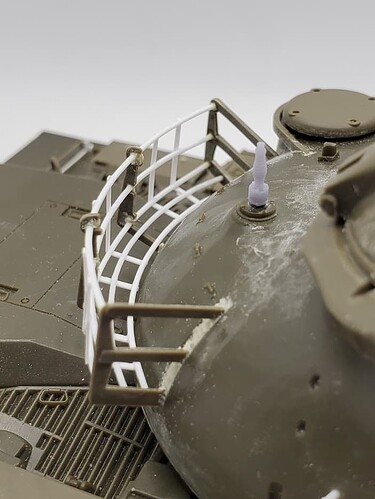 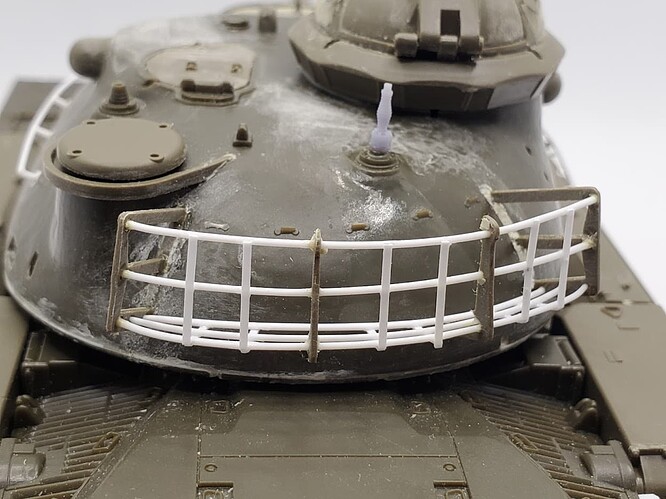 Slowly but surely, progress every month.

Good work on your m48,James,I’m most impressed by the lack of photo etch,which to me takes the artistry from the build

A little progress while taking a break from 3D designing… Thought about 3D printing the AN/VSS-1 searchlight but simply decided to improvise the kit parts for this one. Plan to make its cover with aluminum foil. 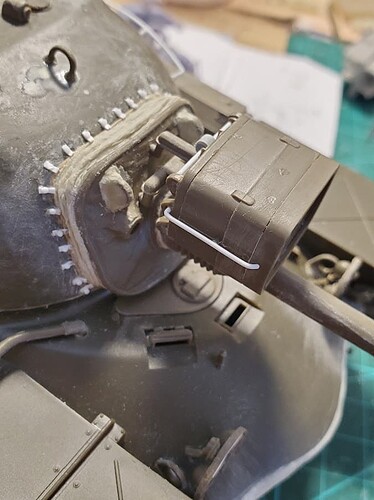 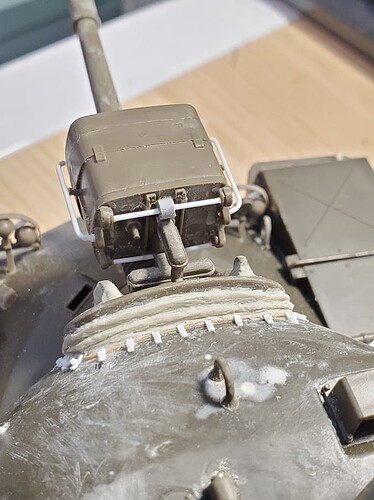 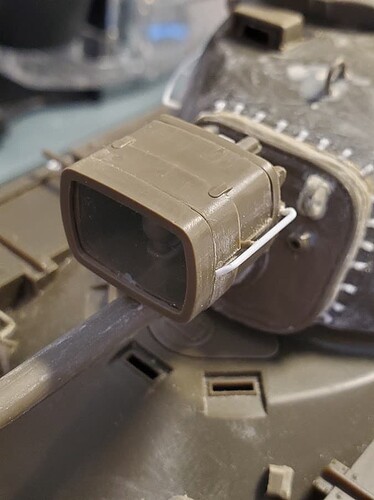 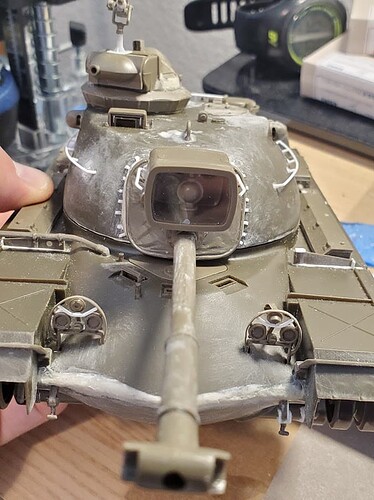 Added my 3D printed jerry can holder though. 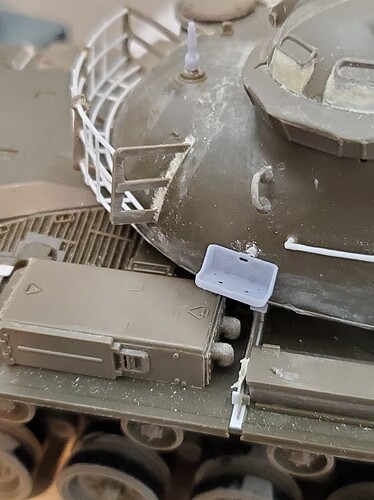 It looks really good. I finished it like this‘ 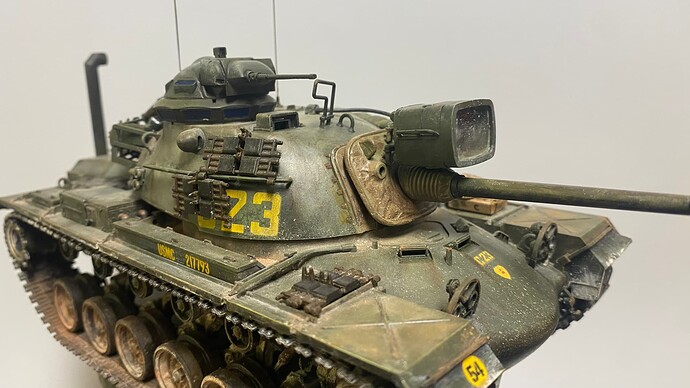