Yesterday I finally finished my project of converting the old Tamiya T-34/76 1943 production model to an OT34/76. I tried a few new techniques/products which I have never used before, such as pigments and Fruilmodel tracks. I’m very pleased with the results. 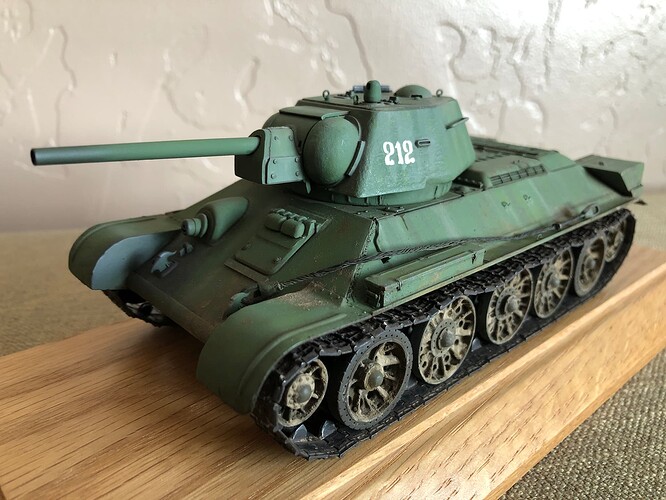 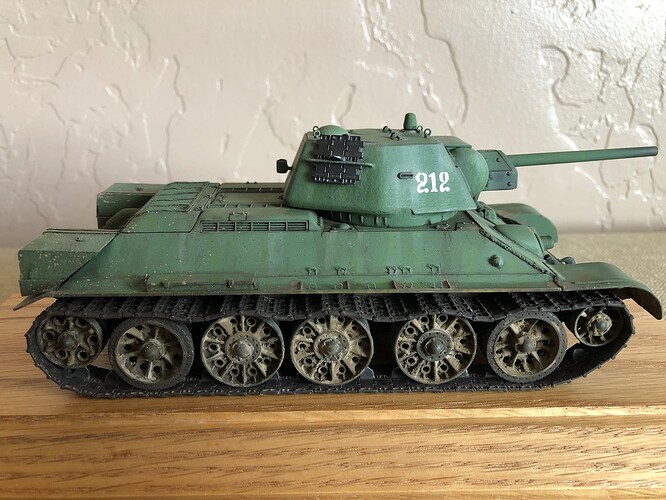 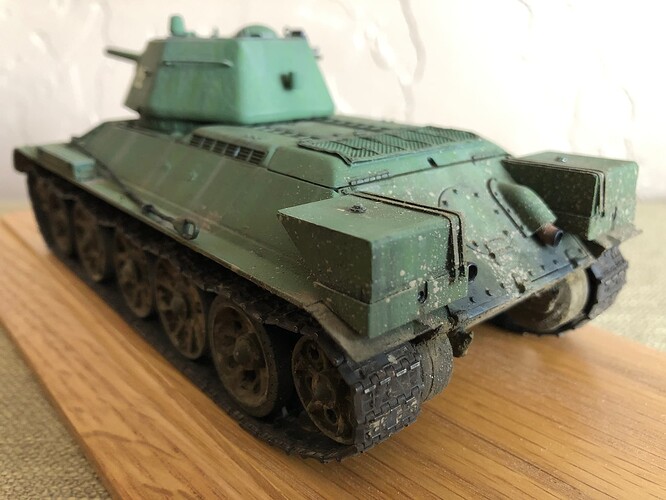 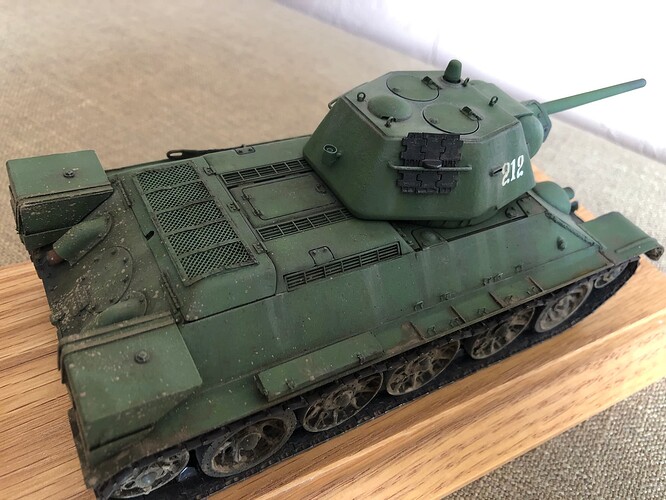 Yes nice job Yuri , I like the subtle weathering

Great paint job and weathering!..really like the tonal range of colors on the hull and running gear.
Cheers,

That turned out great. Very nice work.
I tried Dragons OT34/76, and it was abyssmal! Horrible instructions and way too many sprues from different kits, which really fouled up the fit of a bunch of parts.

I was not aware that a Dragon OT34/76 kit existed… I’m glad I chose to modify the 1970’s era Tamiya kit instead. This kit would be a fun and easy kit straight out of the box, but I wanted to experiment with some techniques which I had been reading about. Here’s a look at some of the detail/upgrade parts which I felt really improved the model. 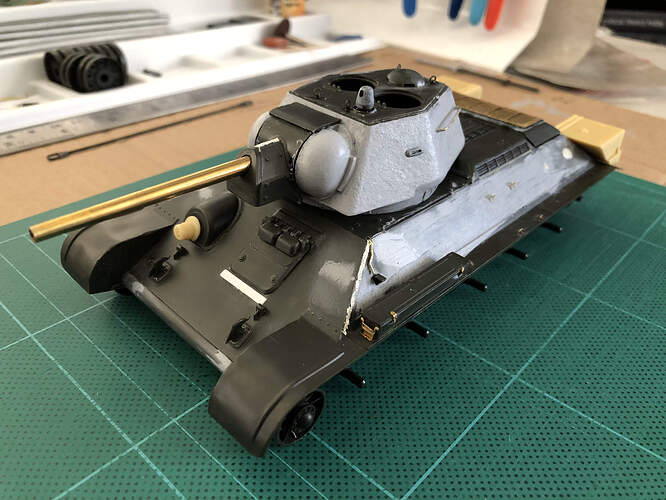 Surprisingly, my favorite part of this build was assembling and weathering the Fruilmodel tracks. It seemed like I was assembling a separate model kit entirely. I was concerned about the track assembly being frustrating and monotonous, however it was neither. I plan on using Fruilmodel tracks exclusively in the future, starting on my T34/76 1940 and AFV Club Centurion.

The base color is the 4B0 from the new AK Interactive 3rd generation paint line. I’ve been modeling for over 40 years, and I must say that these are absolutely the most trouble free paints which I have ever run through an airbrush!

The weathering (always my favorite part of modeling) was accomplished using a combination of MIG Oilbrushers for the streaking effects, VMS and MIG pigments for the mud, dust and track weathering. MIG enamel washes for panels and seams. I also used a combination of graphite and Prismacolor pencils for certain areas of exposed, un-rusted metal. The final steps were using the Tamiya Weathering Master pastels for soot, muzzle stains, dust, etc. I tried to keep the weathering somewhat understated even though it is a Eastern Front vehicle.

The old girl from Tamiya came out quite nicely with your upgrades. She still holds up well after all these years with a little help. Where did you get the OT-34 conversion parts? I