For a blast of nostalgia I dove into this last night, had found one at my LHS and flashback to a build from the 80’s. Had no idea the kit is as old as me so makes it fun. Granted it is what it is but like I said memories. Question is I can live with everything but those damn 40mm range finders/sights that are about as thick as a frisbee. I’ve done a little searching but havn’t found any PE to replace those with. Anyone know of any sets that are available in the US that would have the range finders/sights for those things, I came up dry again this morning searching Eduard. Yeah, I can live with them but wouldnt mind swapping them out. I know its ancient, this is one of those “fond memories” builds though.

My solution was fine or very fine sandpaper and about a gallon of elbow grease.

bild880×419 29.2 KB
The sight is about as thick as the width of the circles. I could have made it thinner but then the cross section of the circles would have become flattened and made it very obvious that the rings are waaaayyyyy to thick (Note the horrible ejection pin mark that I failed to eliminate, DANG!) 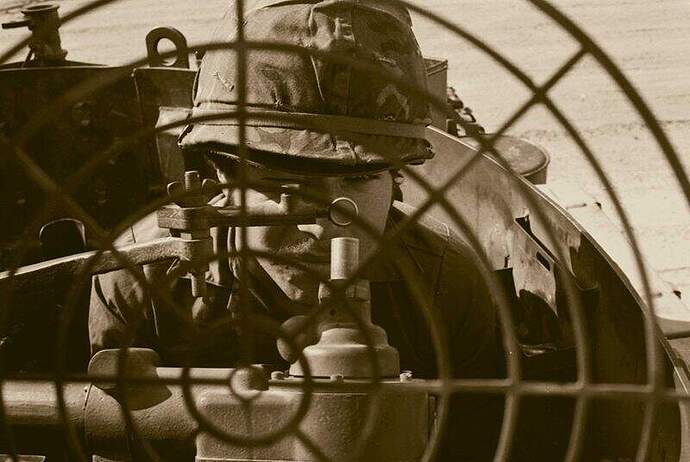 Kind of what I was thinking was going to be the solution. My stop by the local train/hobby shop and see if there are some HO AC covers for diesel locomotives, maybe i can modify before diving into that solutions. Appreciate your response.

Depending on how big the sight is would a photo etch ring sight for an MG34 work? Those are pretty easy to find.

Voyager makes an upgrade set. It’s for the AFV Club kit, but it should work. It may cost more than your kit. 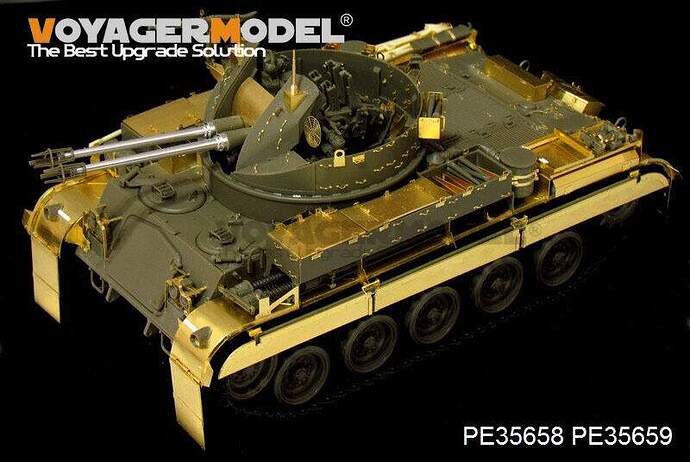 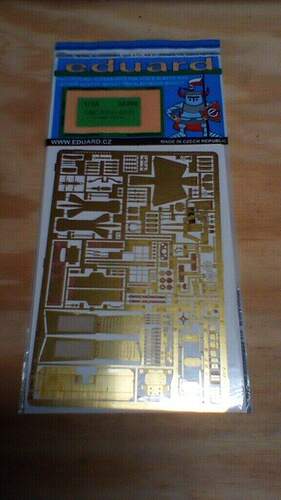 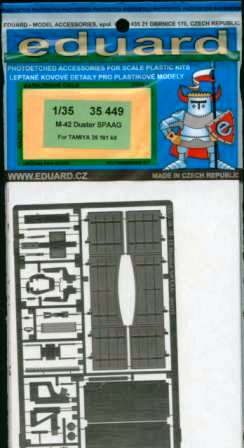 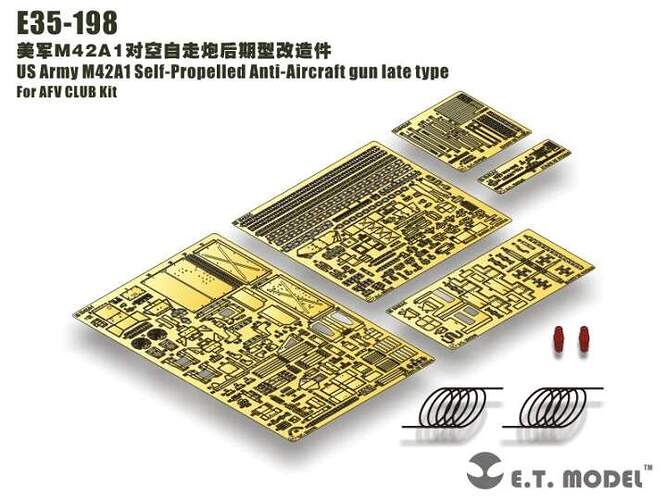 If you look at Robin’s picture I think even the largest MG34 ring is about 1/2 the size at best. I think up close they are over a foot plus in diameter…massive chunks of metal. For my Tamiya quad flak gun I found a photo etched HO bicycle that was close enough but I check it against it last night and no dice. Gives me an excuse to dig through some HO upgrade parts at my local shop, I’m not worried about ‘exactness’ just something more scale thickness without a ton of sanding and cutting out the sight grids…I’m a glutton for punishment but breaking out in the cold sweats on that!

I’m going to have dig deeper, didnt find that Eduard listing at Sprue Brothers but my eyes were getting buggy. Thanks for the leads, that Voyager set looks sweat, I’m not that deep intot he kit that I cant set it aside and rework it with that set.

Kind of what I was thinking was going to be the solution. My stop by the local train/hobby shop and see if there are some HO AC covers for diesel locomotives, maybe i can modify before diving into that solutions. Appreciate your response.

I was going to suggest exactly that - I’d suggest this one: 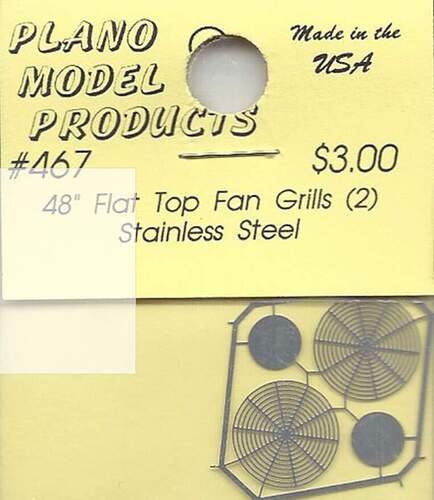 Not the correct number of spokes, but who’s counting? You can tri away outer rings until you’re at the desired diameter.

How about Leopard 2 grilles?

Eduard did a specific set for the Tamiya M42 Duster, I was going to do it when AFV Club brought out a very nice kit of it, the eduard set included replacement parts for the unusual stowage shelves on the top of the track guards, it was an impressive set to be fair.

this is the AFV club one I did instead. probably why Eduard Deleted the update set maybe. 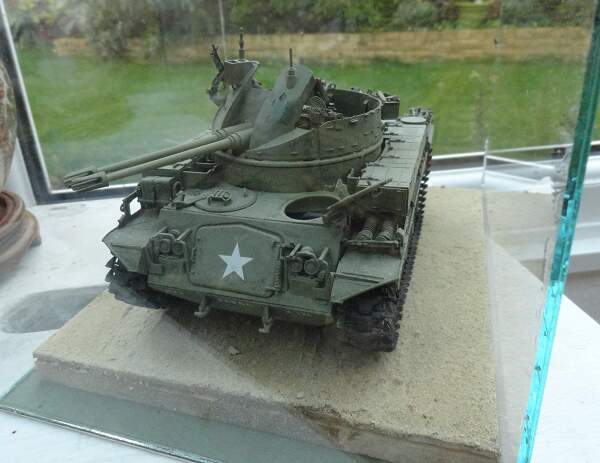 I am such a clutter bug with anything model making orientated, still have the printout, but if you click on the page above the instruction sheets come up showing what you get for your money. 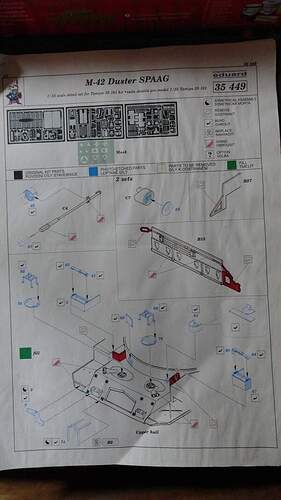 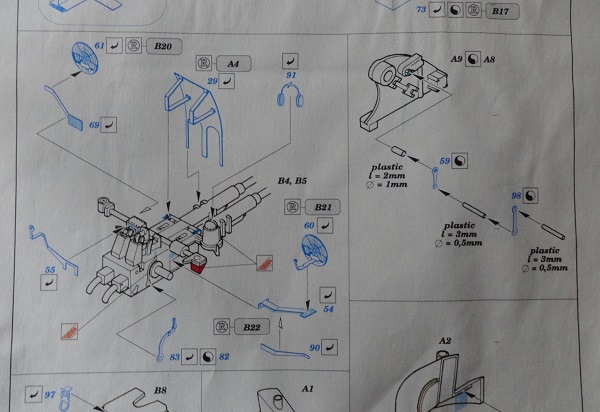 Thanks, now to find it lol. My earlier searches was turning up nothing but this will help. Appreciate all the ideas and feedback fella’s, that why this site is a gold mine.

Hi Montana
I build it a lot of time ago, unfortunately i have only picture of finished tank 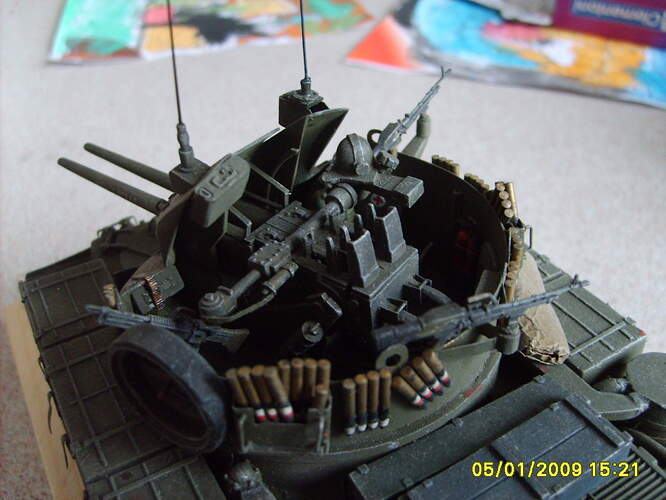 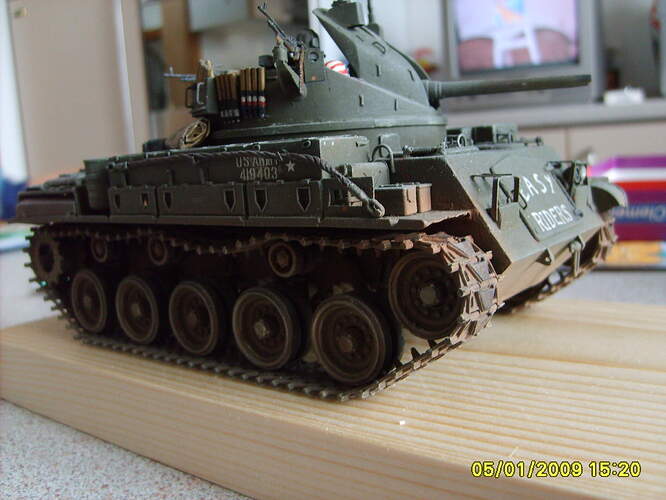 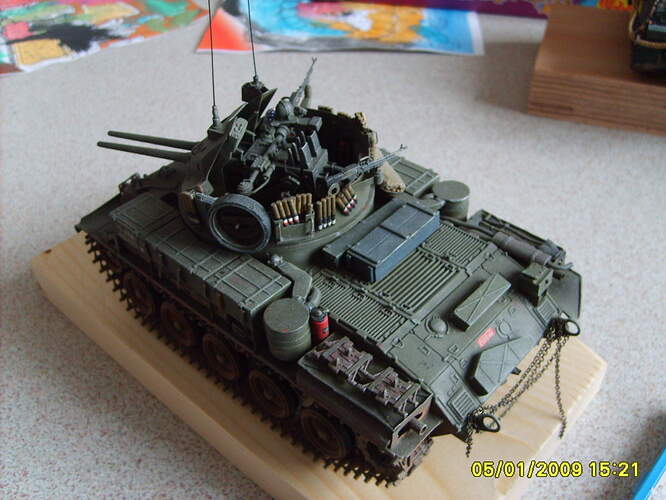 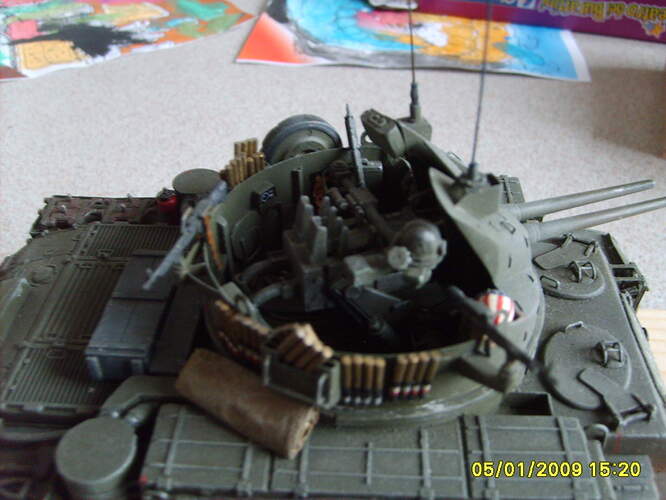 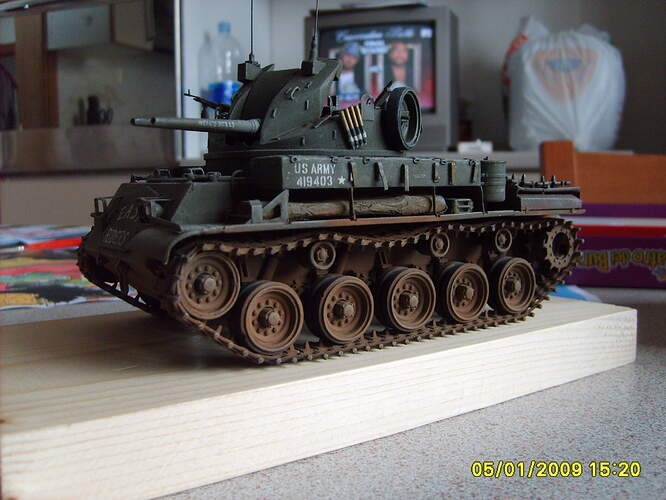