I recently watched a quite good WW2 movie, titled “T-34”. The movie featured two separate variants of the movie’s namesake. the first tank is a T-34/41 and the second one is a T-34/85.

The protagonist is Soviet Army Junior Lieutenant Nikolay Ivushkin (played by Russian actor Alexander Petrov), tasked to command the crew of a damaged T-34 after it’s previous commander is killed in action). After being captured, Nikolay recruits other Soviet tankers, including his driver, Sergeant Stepan Vasilyonok (played by Russian actor Viktor Dobronravov) to a daring escape, after being forced to become targets for German tank crews in training. They break out of the training grounds in a captured T-34/85 and make their way eastward. 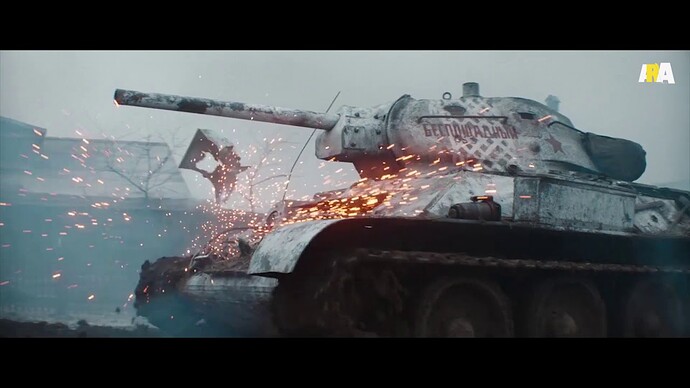 T-34/41 during the first battle at the start of the film. The antagonist in the movie, SS “Oberführer” Klaus Jager (played by German actor Vinzenze Kiefer) is tasked to capture the renegade tank crew before they make their escape into Czechoslovakia.

He is atop a Panther Ausf A (above) fitted with a “Vampir” night sight, which gets destroyed later in the movie. 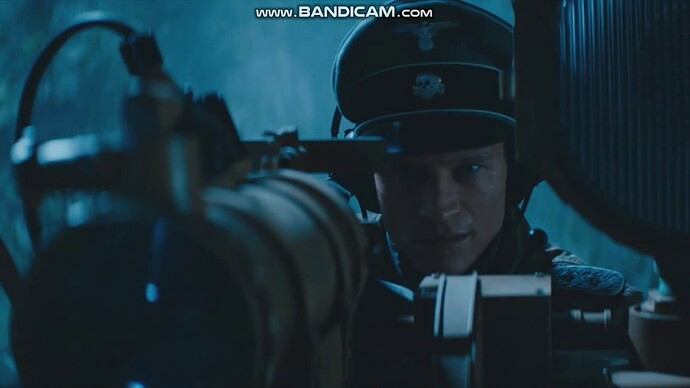 The movie is really good and I’m planning to build two of the tanks in the moive, the T-34/85 and a Panther Ausf. A with the Vampir night sight.

I have this movie and agree it’s well done, especially the first half. The second half with the escape and search was pretty far-fetched but the tanks and combat were great.

Look forward to seeing how your project progresses as I have thought about doing a T-34/85 also from the movie. 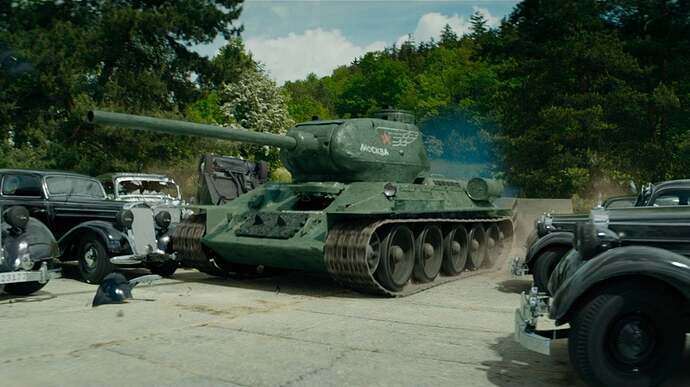 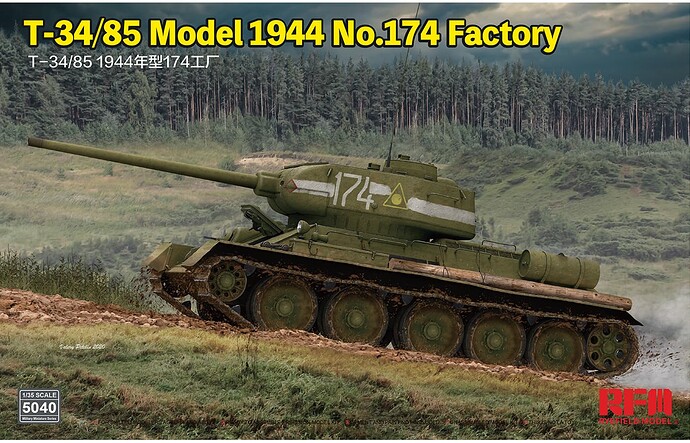 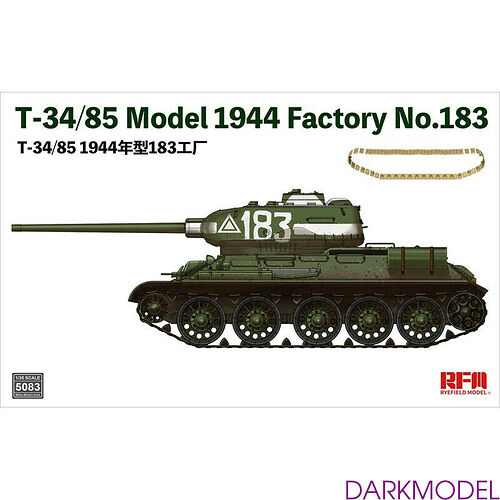 What great CGI in the movie, they really did their best to make the tanks look like the real thing.

yeah, the scene with the tank running through the parking lot, crushing staff cars was mostly CGI and it was impressively realistic. 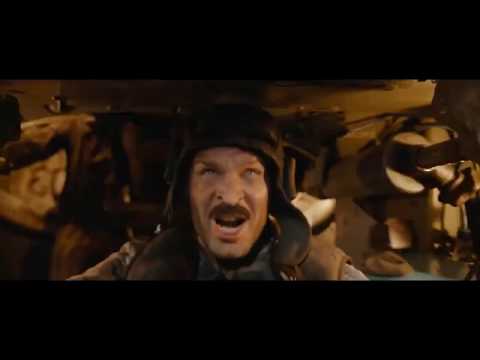