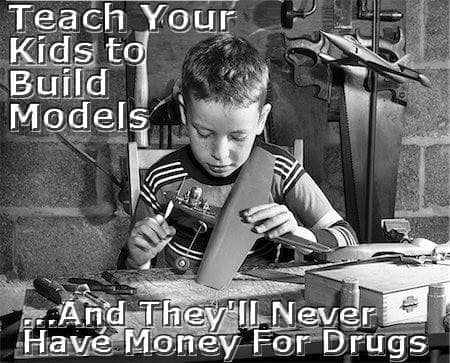 Teach your kids to model and they can get high on glue while having fun.

All I got to say is this… 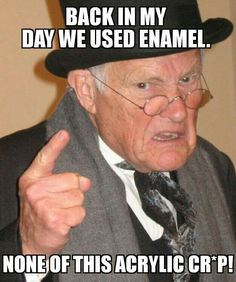 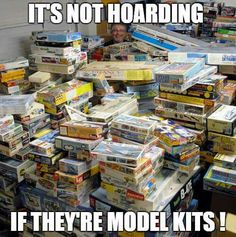 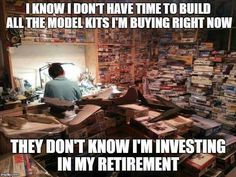 Thats good stuff there .
Before first person shooter x whatever consoles we went outside to play , came in when the street light came on . We mowed grass to make model money . Enamels were the way to go. We solved personnel disputes with our hands , guns only came out on the T.V. shows and speaking of which there were only 3 channels … we were the remote control for the t.v. and you had to crawl 12 feet through 8 in deep shag carpet to get there .
So yes teach the little crotch gobblins to build models. Model building , builds a strong mind , patience, and the super hero unnatural resistance to paint fumes.

Hey us millennials did that stuff too! Though not enough young people build models for sure.

I got hooked when my dad gave me all the kit he couldn’t finish as a kid to build. I got a chest of roughly 15 kits I built up and I was enthralled. Mind you they were all terrible and I probably ruined some good kits but it got me hooked

We have all been there and some of us are still stuck there (this guy).

Brilliant! I remembered that my friend gave his child a model of a motorcycle to show him information about various motorcycles. My friend would rather his child develop interest by playing with models, rather than addicted to the Internet. This is the same reason.

My kids never showed an interest ,I tried to get them involved but it never happened . Atn$40-$60 dollars a model ( armour) not many kids can afford it !

Most of today’s mom’s & dad’s seem quite happy to equip any kid eight years old or older with a smartphone. Frequently an expensive phone and then upgrade to a newer phone yearly. I’ve seen that my grand kids and the kids at their schools etc.

I don’t think price on entry to the hobby is an issue…I think it’s just lack of interest by the kids…at least here in the USA.

My grand kids view the hobby as a toxic subject to be avoided. One of them is totally opposed to the hobby doesn’t think people should be allowed the freedom to build models because it’s not environmentally friendly

. Same kid mistook steam for air polluting smoke too. What a wonderful educational system we have…lol.

Likewise, time has moved on much of the modeling subject matter remains rooted to WW2 or the 1960’-1970’s. Things that happened 50 years + ago ie before mom and dad were even born aren’t that interesting compared to the opium of social media.