My laptop crashed and I am slowly rebuilding my history. Testing to see if my files are alright. Everything looks different. Don’t know if I posted them previously. 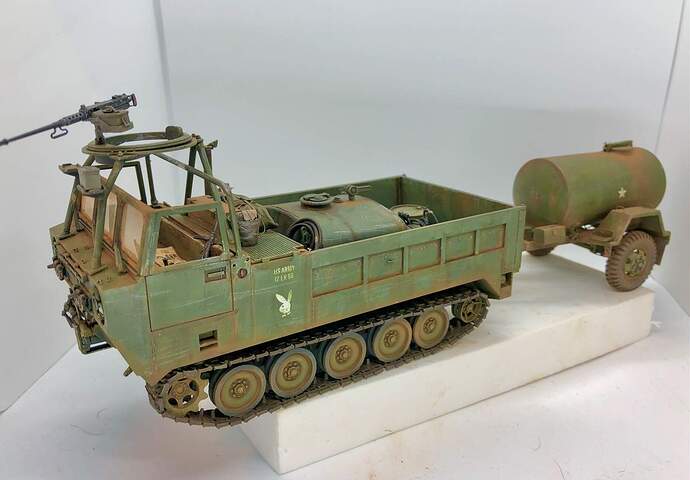 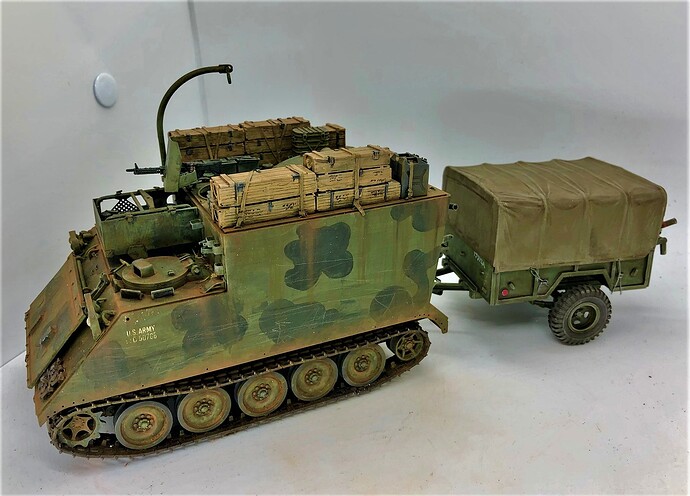 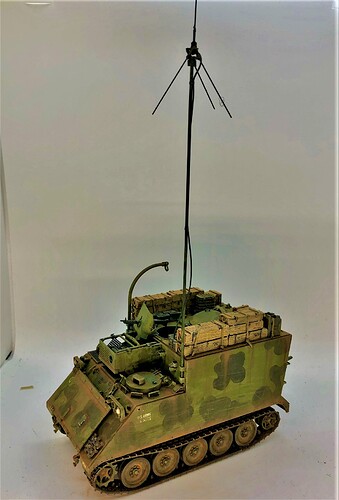 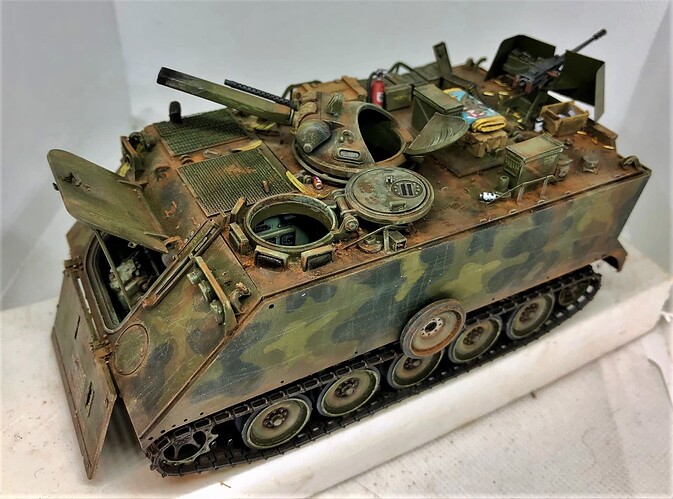 I like the M577 with the 292 attached. I remember how we were always chastised and told not to track mount the 29er2 but we all did it anyway. Can’t remember the colloquialism for doing it. What’s the fuel tank in the back of the 548?

Those are some very fine looking builds! Did you have some reference for the camo schemes on those tracks, or are those your own creations?

I decided to mount the 292 because it would be visually interesting. Seen several pictures of it mounted on the vehicle in Vietnam my references, so I know it’s legit.
I got the fuel tank in a sale, and several references have them mounted in the 548, so I put it there.

They are based on real camo schemes used towards the end of the war. I don’t do exact copies, but some of the schemes used were pretty interesting. 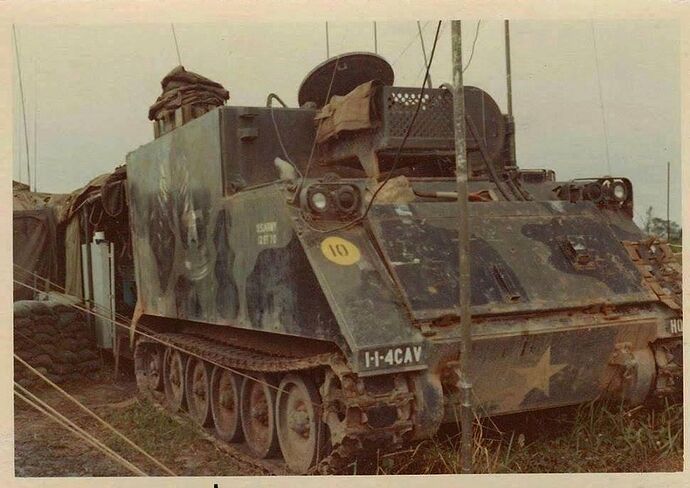 Yep. I’ve set up a 292 on the M577. You can get away with it when fighting an unsophisticated enemy. But if you are dealing with a near-peer adversary, with RDF (radio direction finding) capability that 292 on your CP dramatically reduces your life expectancy.

in the northwestern party of the country, they had radio direction finding equipment, and knew how to use it. This was well known along the Lao border regions. But you’re not seeing much use of tracks out there unless you’re close to the DMZ.

That is a pre 69 1/4 CAV track, and also the only one I have seen in Camo. Probably spent most of it’s life out on Thunder Road. Note the mud is much browner than the mostly seen red clay. Tells me is been in the rubber plantations
gary