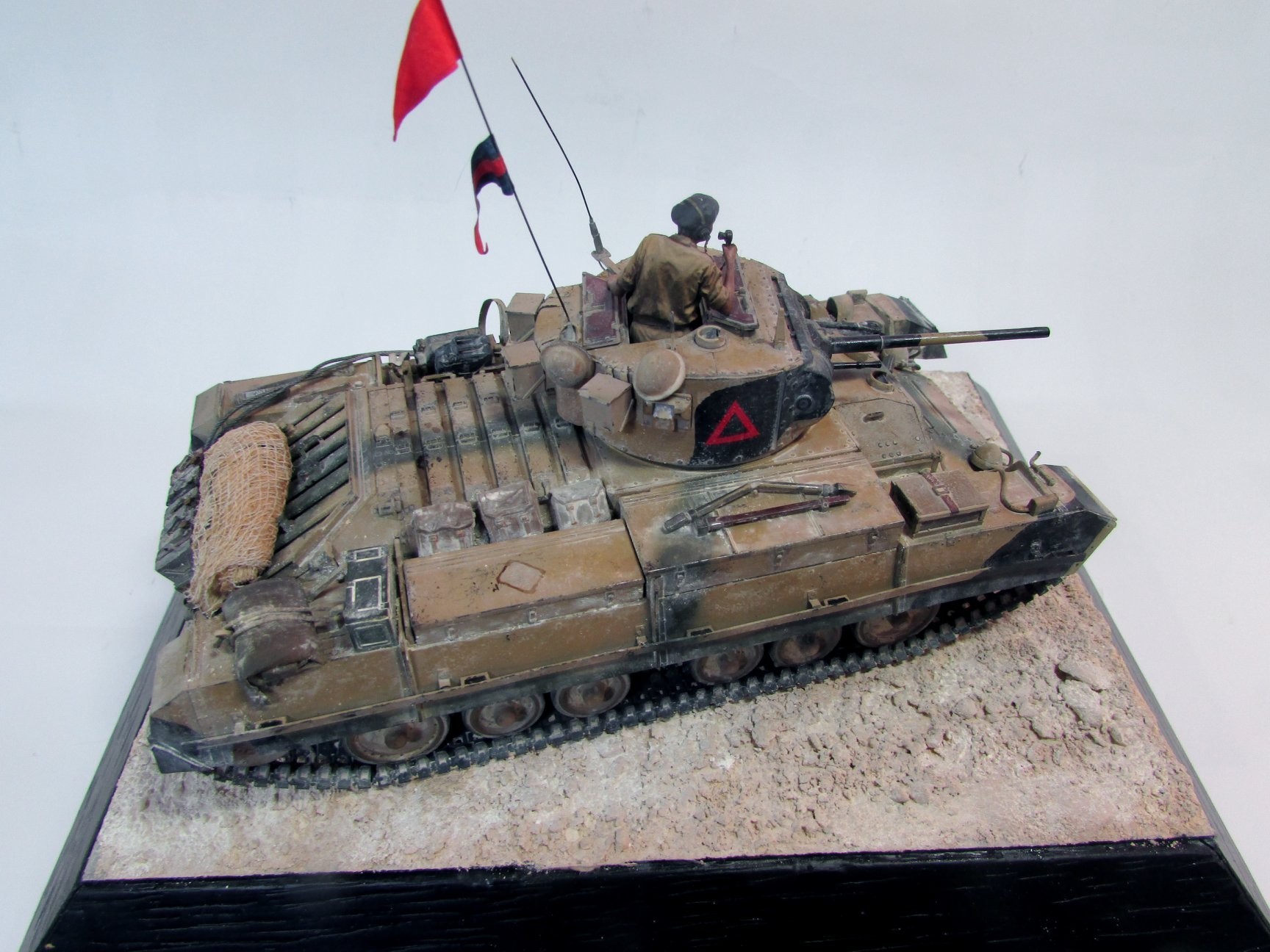 This is partial text from the full article (usually with photos) at https://armorama.com/news/the-british-infantry-tank-valentine-mk--iii-mk--ii-mk--iv-by-mikko-heikkinen
1 Like
BringupthePIAT July 12, 2022, 11:28am #2

Super build of an oft-overlooked subject. I really like it. I’d have gone with more light dust matched to the base but I like the ingrained dust effects that he’s done there already in the stowage etc. Figures look great too. So nice to see realistic flags too. Lovely job.

Overall, very nice; however, I’m a tad concerned about some of the stowage. Stuff has to be lashed down or otherwise secured, otherwise it will just fall off. If the helmet on the hull side is secured by its chinstrap under a bracket, all well and good, though it’s going to be full of crap when the owner puts it on. But the jerricans? Even if full. and perhaps deduced as immovable due to their weight will soon roll off the vehicle before it’s gone very far. The cam net too, unless I’ve missed something (not unlikely these days given my failing eyesight) will need securing.

This isn’t to carp for the sake of it, but I detect sadly, too often, that sometimes we’re going back to the days of the Verlinden magnetic water-bottle. As I say, this is very nicely finished, but modellers might want to discipline themsleves a touch and try and put themselves in a crew’s shoes and ask, say, “Now, where can I stow my kit?” or “I must make sure such and such is secured before we move off”. Just a thought.

If I truly am missing details here due to my optics, then chastise me by all means(!)

Everything that should be strapped down is in my opinion. The jerry cans have straps though they are hard to see due to dust. Both helmets on the turret have chin straps around objects. I think the netting would stay put because the cans are strapped down.

I’m a huge fan of weathering. I remember when i got into a discussion during a model show where I cam in second with a Striker, because I weathered it. And the winner didn’t. (I think I asked how many car washes have you seen on the battle field)

I wonder if kit makers can allow the pictures to be zoomed? That would be a nice upgrade.