The Concept Aerotrain That Never Was 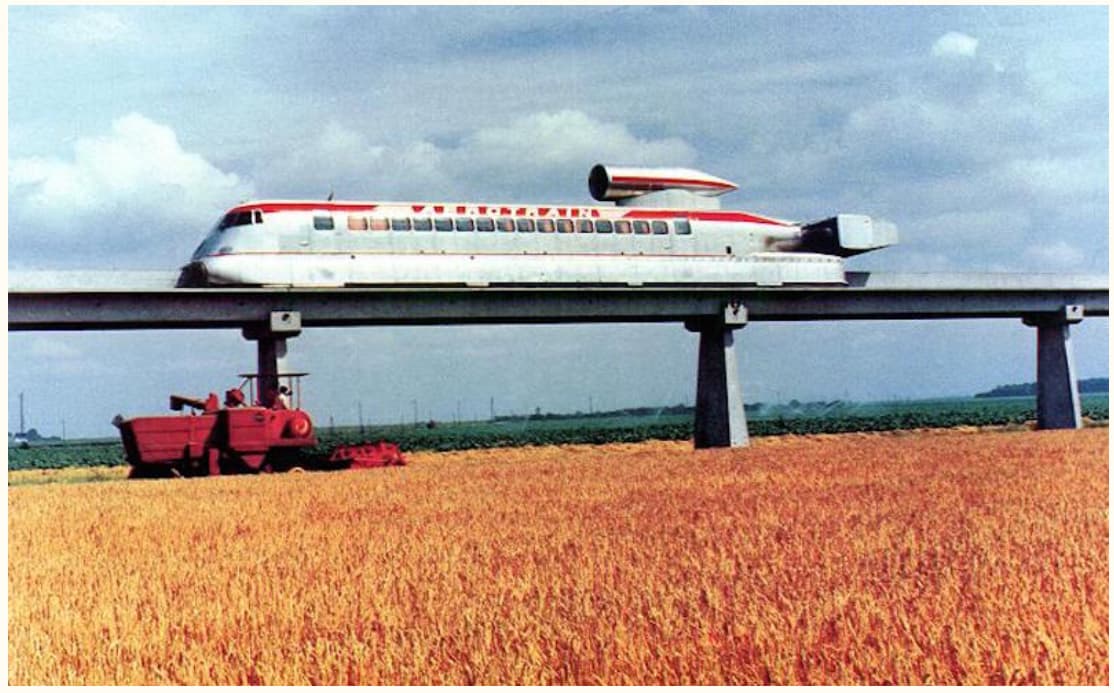 However there was one thing even progress couldn’t stop – government bureaucracy. Aerotrain signalled a major challenge to the state’s railway operation.

“I’m from the government and I’m here to help you.”

This concept is and always has been escentually flawed. Passenger service requires modular equipment that can be up sized or down sized based on seasonal (or daily) changes in ridership. (Hey, like a passenger train.)
This need is met by High Speed Rail or even the more exotic electric “bullet trains” and mag levs. But an single jet powered car cannot met these requirements. Running such cars in multiples offers any number of obsticles not the least of which is engine flame outs in the rear power cars caused by the engine exhausts from the front power units of the “train.”

Maybe the cars could’ve been ahead of a single pushing loco (enough thrust from just one?) but it would still have terrified the livestock. Probably a crazy idea but even so, anyone got figures on relative fuel consumption for one turbo-fan vs. diesel?

Anyone know if this was an air cushion vehicle?

Pretty much. They were called TACVs (Tracked Air-Cushion Vehicle). They used ground effect to capture a layer of air under/around/between the monorail and the vehicle to provide a frictionless surface to run them on. 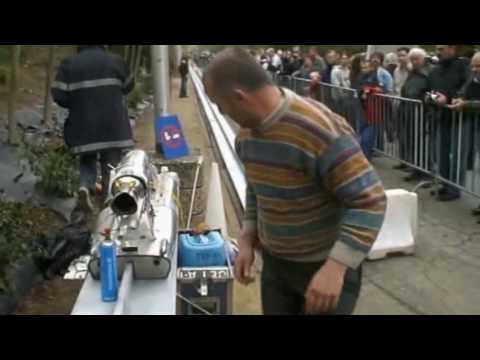