I did research into this topic some time ago. All models of WWI tanks have BLACK tracks.
The discussions I had with several experts in various parts of the world added to the story.

Very Interesting article, I often wondered if they were painted black. Now after reading your points I have learned not to be the case. I have seen French Tanks with a light grey paint on their tracks, but that is ones with modern paint jobs.

Did the Germans use the same process on the A7v?

I did research into this topic some time ago. All models of WWI tanks have BLACK tracks.
The discussions I had with several experts in various parts of the world added to the story.

An “expert” told you this?!? Whoever it was was certainly not an expert in metallurgy nor did they seem to have any practical knowledge of metallurgy, chemistry, or physics. Carbon melts at 6400 Fahrenheit. Steel melts at 2800F or less. Do you think there might be a problem submerging and soaking a part into a bath that was nearly 3000F above the part’s melting point? If you don’t follow what I’m saying, try this experiment: Melt a pot of lead at 620F then plunge a candle into it for 30 seconds. Let us know what happens.

Is he a metallurgist in addition to being a historian? The two fields rarely intersect.

A case-hardened steel (of which carburizing is a type of case hardening) can be very brittle and can fracture like a ceramic. That does not mean the part is cast iron.

It’s incredible to see the amount of poor or uninformed assumptions and suppositions presented here as facts.

Yeah, if it’s 1800 and you are using bone meal or chopped leather packed around your part in a sheet iron box and buried in pit of coals. By 1900 it was a common industrial process.

I presume so as mild steel plates would have been too “soft” and could easily have been damaged by gunfire.

Most, if not all WWI tank kits have black tracks.

So what, they are model kits.

I can tell you new 1:1 scale tank tracks come in a gloss black paint to protect them from rusting in the warehouse before being installed on a tank. Shortly after being installed and run around a bit, the black paint has worn off to bare metal. After which time they tarnish and darken, with minimal rust.

I would like to know what processes could generate the requisite 6400-degree temperatures in order to melt carbon, along with the 1600 psi of containment pressure that would also be required. The containment vessel would need to be made from Hafnium or Tantalum carbide, the only refractory materials able to withstand such temperatures. These high-tech materials didn’t exist 10 years ago, let alone more than 100. Hafnium wasn’t even discovered until 1923. Then there are the problems of manipulating large pieces of steel through such a process. Didn’t happen.
And then there is the previously mentioned problem concerning the melting point of steel.

Since I had to calm my curiosity by checking what carburizing means
I might as well share what I found: Carburising, carburizing (chiefly American English), or carburisation is a heat treatment process in which iron or steel absorbs carbon while the metal is heated in the presence of a carbon-bearing material, such as charcoal or carbon monoxide. The intent is to make the metal harder. Depending on the amount of time and temperature, the affected area can vary in carbon content. Longer carburizing times and higher temperatures typically increase the depth of carbon diffusion. When the iron or st Th...

Modern tracks are not made by the same method and use manganese as the hardening agent instead of carbon. The metal ages from exposure to a dark grey.

“A molten salt composed mainly of sodium cyanide (NaCN) and barium chloride (BaCl2)” is not the same thing as “molten carbon”.

Paska, thank you for adding more rational thought to this thread.

In addition, the color of steel that has been case hardened is usually anything but black; often with iridescent blue, gold, and purple tints.

I cannot believe how absolutely wrong the statements in the original post are. I can only imagine that Tony S announced he was offering money for metallurgy help and a guy doing three-card monte on the street in front of his house volunteered.

My research was based on real-life investigation of WWI tracks both on the battlefield and at a museum.
The French actually took colour photos of a tank that also shows the tracks being black.
The carbon is absorbed into the mild steel on both sides of the track plate. Carbon is black - nowhere can you find blue, gold, and purple-tinted tank tracks.
Insults or “smart-arse” statements do not help proper discussion. If you have proof that WWI tanks had anything else but black tracks, I’d be delighted to hear about it. 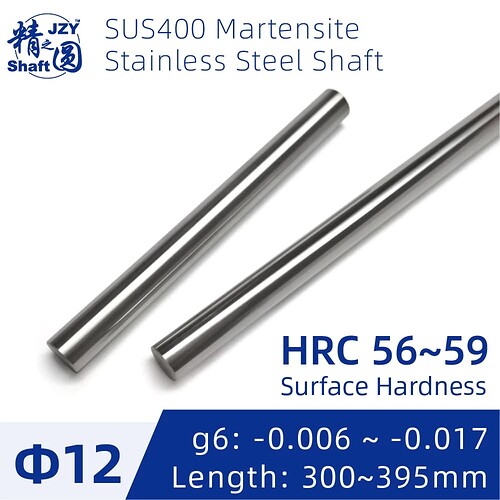 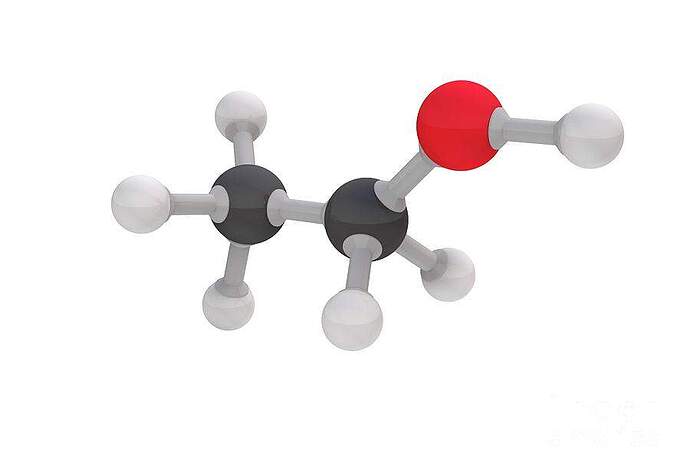 Oh, by the way:
The colour of a surface or material depends on the structure, individual atoms don’t really have a colour

Polyacrylic (acid), the structure repeats itself in the polymer 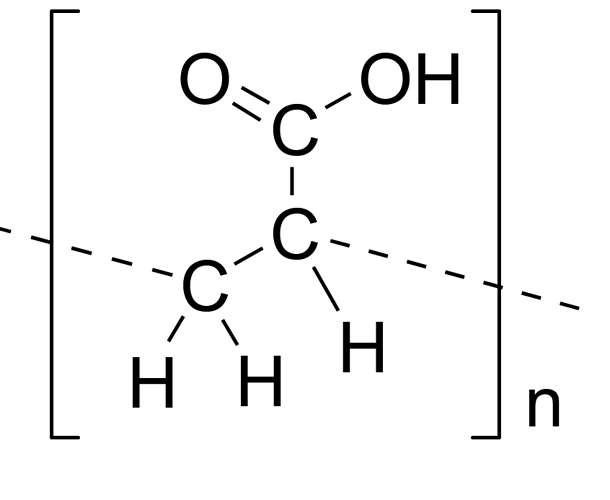 Poly(methyl methacrylate) (PMMA) belongs to a group of materials called engineering plastics. It is a transparent thermoplastic. PMMA is also known as acrylic, acrylic glass, perspex, or plexiglass, as well as by the trade names and brands Crylux, Plexiglas, Acrylite, Astariglas, Lucite, Perclax, and Perspex, among several others (see below). This plastic is often used in sheet form as a lightweight or shatter-resistant alternative to glass. It can also be used as a casting resin, in inks and co...

And the ultimate example 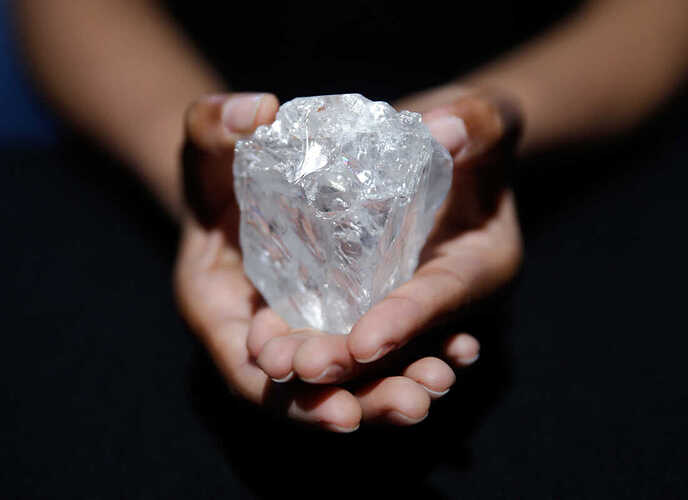 Case hardened finish (at least in firearms) is a pretty delicate finish. Not nearly as durable as bluing or parkerization. But each of these was intended to prevent rust and in some cases impart a desired color and or non-reflective nature.
Considering the extreme wear tracks would be subjected to none of the finishes I mentioned should have been realistically considered let alone used.

I can’t offer any insight to how or what was used on WW1 tracks but I do know the German A7v particularly the ones with Krupp armor (unit panel side armor) were not intended to be that way. The armor plating was warped in production necessitating cutting those plates and attaching them with many rows of rivets. Maybe the same problems carried over into track production?

My research was based on real-life investigation of WWI tracks both on the battlefield and at a museum.
The French actually took colour photos of a tank that also shows the tracks being black.
The carbon is absorbed into the mild steel on both sides of the track plate. Carbon is black - nowhere can you find blue, gold, and purple-tinted tank tracks.
Insults or “smart-arse” statements do not help proper discussion. If you have proof that WWI tanks had anything else but black tracks, I’d be delighted to hear about it.

This is carburized machinist’s tool of the same vintage as WW I. 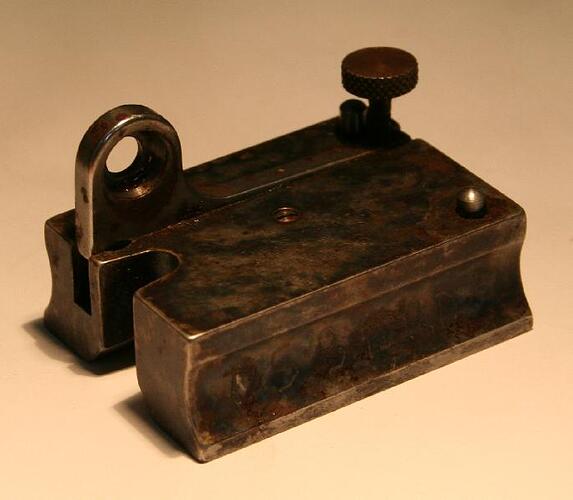 The color is typical for carburized and other casehardened parts. You can see where colored surface film has been worn away, revealing the usual steel color. This is what the tracks would’ve looked like - after a chemical cleaning, but you would have to catch them before a week or so went by and they started oxidizing into a gray-brown color.

I cannot imagine how you can come on here demanding proof to refute your ridiculous claims. It is you who should be reconciling your outlandish and nonsensical statements with the principles of metallurgy, chemistry, and physics before daring to question others.

I think we can all agree that whatever factory fresh tracks of WW1 looked like, they didn’t look like that for long.

I believe the colour and its variations would depend on the depth of the carburisation. Examination of tracks recovered from the Cambrai area were black right through. This let to the initial thought that they might have been cast iron because the the damage resulted in a sheared face and not a distorted face.
To date, nobody has produced an iota of fact to challenge my initial statement, just comments decrying mine, and other’s research.
I am perfectly aware of the physics - I was structural engineer and familiar with the aspects of steel.