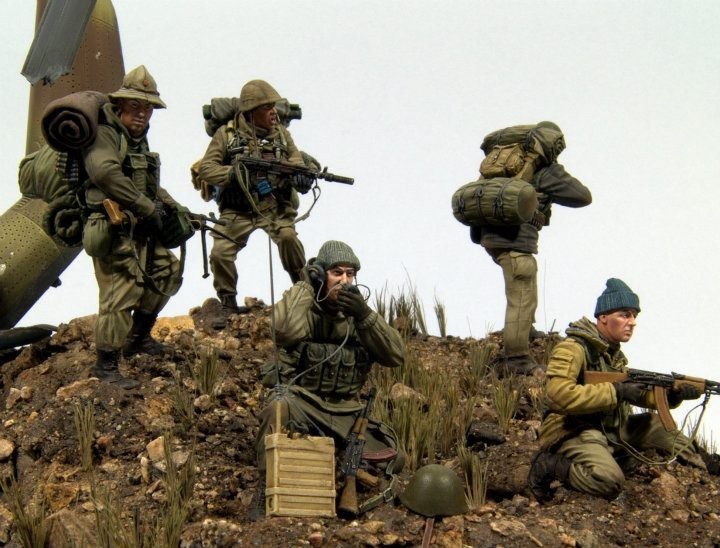 Oh boy what a scene! Its awesome to see an Afghanistan dio but even more so when it is an absolute belter like this!

The figures are just works of art really- the colors are spot on, the shading and highlighting deftly observed and the details picked out with precision. Troops deployed up in the mountains like this tended to carry a real assortment of kit and its nice to see it all picked out in the backpacks and assault vests. Little details like the weapon straps and the radio wires are always nice to see as well.

In terms of the groundwork I think it has been well considered to allow the figures room to shine but still ground them in a realistic setting. It slopes upward nicely and the heli tail rotor is a fantastic touch where the hill tapers off.

Fantastic stuff, and it is certainly a great inspiration.

Great stuff! Was there a film about this battle - or have I confused myself? (Highly likely these days).

Incredible work and right up my alley. Would love to do these figure dioramas. Excellent figure painting and groundwork. The composition is excellent too with the rotor in the background. Beautifully done !

Could this be Chechnya ?

Google is indeed my friend; see:

and the film was called “The 9th Company”.

and the film was called “The 9th Company”.

Hmm, very interesting. If you advance the scenario 20 years and switch it to a US unit, it sounds very familiar. Oh, how history repeats itself.

It sure does; I feel sometimes that politicians should be made to watch certain films, or study history just a little bit more, because at the end of the day it’s the soldier that pays. Don’t get me wrong; professional armies in a democracy are due to go where they’re sent but jeez, sometimes, just sometimes… 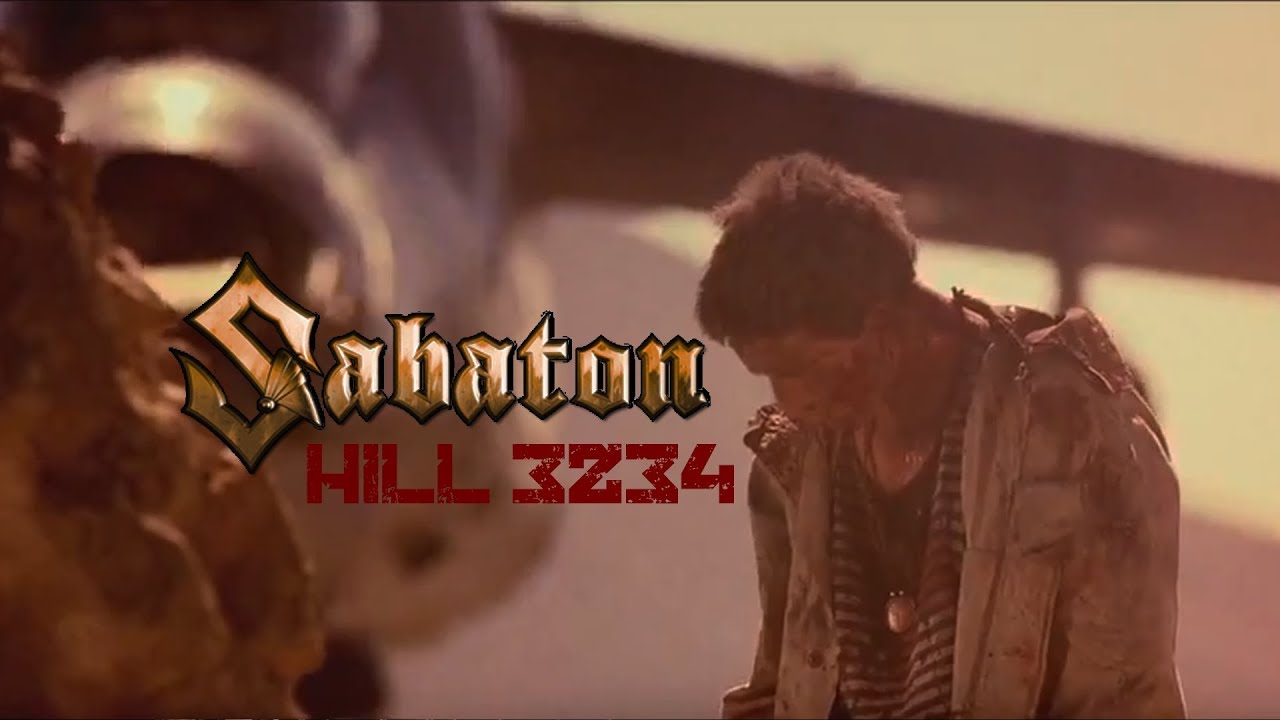 @BootsDMS @HeavyArty where can i get a copy of that film, is it available on Netflix or did you guys buy a DVD/BluRay?

@HeavyArty where can i get a copy of that film, is it available on Netflix or did you guys buy a DVD/BluRay?

No idea - I haver not seen the film, just read the description at Wikipedia. It sounds very familiar though.

It sure does; I feel sometimes that politicians should be made to watch certain films, or study history just a little bit more, because at the end of the day it’s the soldier that pays. Don’t get me wrong; professional armies in a democracy are due to go where they’re sent but jeez, sometimes, just sometimes…

my dad came up with a solution to end all wars, make the damn politicians do the fighting, no fancy weapons or technology, clubs and knives only…the rest of us could go about getting on with our lives. he submitted his idea to the government, strangely they haven’t got back to him with a reply yet and that was several years ago.

@HeavyArty hi Gino, i did a quick search on empty our wallet bay… i found it there and ordered a copy, thanks for trying to help me

I’m assuming Amazon somewhere or similar; I - as indicated - vaguely recall it from years ago on TV; I’m pretty sure it had T-64s in it which made me sit up and watch a little bit closer. I also recall a pretty spooky bit when the Afghans hove into view unnoticed by a Sov sentry. I may have to dig around for a copy myself now - having sort of talked myself into it. Wasn’t there also some gratuitous female nudity? I do hope so!

or if you’re a cheap skate but technically minded you can find it on YouTube and beam it to your tv!

I bought it on eBay then went looking on YouTube, and found it there which is probably were I saw it first…doh!

Brilliant! That means I can fast forward to the nudity - er, I mean the T-64s!

Look for the hats- the soft peaked canvas hat with round brim was issued widely in the war there. I have a great many pics of Chechnya and have never seen it there despite a huge amount of Afghan era equipment still being used there. May very well have made some appearances though- I would be glad to be proven wrong.

Pretty sure I did see some Eritrean rebels wearing them in an old Eritrean documentary about the Ethiopian Civil War- there were Russian advisers (and masses of equipment) on the Ethiopian side throughout the 80s.

This takes military modelling to the level of art.

Thanks Karl I wasn’t sure. I find modern Russian uniforms so confusing but also it’s difficult at times to tell the time period because they used so much of their stuff for long periods of time.