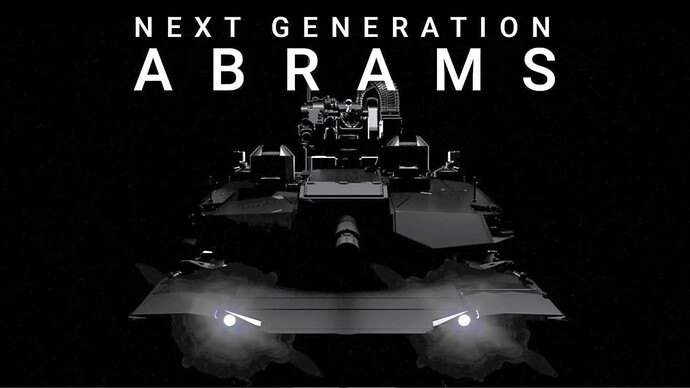 I also tried some “Photoshop Magic” with the photos and TheWarZone did a fantastic job as that is the brightest one can get the photos to reveal any details. Joseph’s analysis is also really good.

How will it defend its self from drones?

And that is the teaser. We don’t know until GDLS reveals more. But if you look at the graphics, there is Trophy APS and a 30mm RWS above the main gun. Perhaps it has radar?

We are going down the same path as the T 72 through T 90, incremental changes. I am looking forward to what is post M1Asomething.

There are two links in my post. TheWarZone article and the GDLS trailer movie. Be sure to click on both.

Interesting clips. Makes you wonder how much more they are going to bolt on to tanks before they become to complicated. I remember just from Cr1 being the loader and commander how much you had to do … The turret crew really have to multi task now…all while the driver sleeps in his cab lol

The next iteration will probably involve increased automation among the various add ons. As an old TC I didn’t want my head down. Like playing a video game, your focus is pulled away. Ha, maybe an additional crew member working like a back seater in a fighter. That way when crew members are pulled away for details, you still have 4 crew to do maintiance.

You can be sure that the lights are burning late at the Pentagon and elsewhere trying to answer the question of drones. No doubt, there is significant consternation over the breathtaking vulnerability of armored (an unarmored) vehicles to drones, and artillery vulnerability to drones.

The Navy is just as concerned that a Russian cruiser was lost to missiles fired from trucks.

The Navy is just as concerned that a Russian cruiser was lost to missiles fired from trucks.

They’ve just woken up to that, have they? It’s forty years (and one week) since HMS Glamorgan was hit by a MM38 Exocet during the Falklands campaign. It was one of a pair of missiles stripped from an old ex-US Sumner class destroyer, mounted on a trailer, and air-lifted to Port Stanley in a C130 Hercules. If it had not been for some deft maneuvering (a sharp turn causing the ship to list so the missile did not hit the side of the ship as designed but striking the deck and skidding into the hangar before exploding) the ship would most likely been lost as it would have penetrated the Seaslug missile magazine. As it was Glamorgan was badly damaged and mostly ineffective for the last few days of hostilities.

Oh yes, the US Navy is well aware of the danger posed by Exocet missiles. What is very sobering, even alarming, is that truck-mounted missiles sank a major warship 40 years and one week after a trailer-mounted Exocet caused such harm to Glamorgan and the loss of 14 of her crew. Many believed that kind of loss was no longer possible due to new technology and tactics. But here we are.

The sinking of Moskva and the incineration of her crew proves that missiles fired from cheap, plentiful trucks or trailers, crewed by a handful or people, continue to pose a major threat to breathtakingly expensive warships and their highly vulnerable crews. Obviously, effectively incinerating a significant portion of a ship’s crew in one stroke is an immediate problem of the most serious concern. Moskva’s sinking requires renewed study, analysis and the development of effective counter-tactics and procedures.

Oversimplifying the situation to help better express the sentiment, nations with a shoreline can now wonder, “why buy a flotilla of half-billion-dollar frigates to protect our shores when all we need is three smart guys and a truck?” Few nations can afford modern guided missile frigates. Most every nation can afford a missile and a truck. And Moskva’s sinking is likely to mean everybody will have just that, and soon.

As a retired US Army officer who once worked at The Pentagon, a veteran of three wars on two different continents, I can assure you that the tragic attack on Glamorgan by a trailer-mounted missile 40 years and one week ago got the US Navy’s attention at the time. And the loss of Moskva by truck-mounted missiles has garnered renewed, intense attention as well.

Likewise, Army, Marine and Air Force planners are looking at drones and now realize that drone dominance of the battlefield is absolutely required. Armored vehicles like the next generation M1 Abrams will have to account for drones.

I posted this on another thread.

The US Army intends to install BLADE on Strykers and M1 Abrams as a defense against drones. Few nations can afford modern guided missile frigates. Most every nation can afford a missile and a truck. And Moskva’s sinking is likely to mean everybody will have just that, and soon.

You don’t even need to be a nation state, any bunch of yahoos willing to act as a proxy for a rich sponsor can obtain such a capacity. Both Hezbollah and the Houthis have poked holes in boats, albeit without deep-sixing them.

The thing that surprised me about the Moskva sinking was that it did not instantly do the big firework display, it had long been thought Russian warships were so tightly packed with weapons one good hit would cause mass secondaries. Yet we didn’t realise their tanks had Jack-in-the-Box turrets…

I think it’s common knowledge that Russian turrets pop off. Look at pics of their tanks in the gulf war.

Is this radar safe for the crew?

Everybody will soon have ship-sinking missiles on trucks. And drones.

In Kuwait during Desert Storm, Iraqi tanks with turrets blown off was a common and sobering sight.

Presently, turrets in the air or on the ground have Ukrainians calling Russian tanks “lollipops”.

Our tanks (and our A-10 Warthogs) typically engage enemy tanks using sabot rounds (pronounced “say-bo”, from a French word meaning a kind of simple “shoe”). A sabot round is essentially a very dense metal, non-explosive dart. When a sabot round strikes an armored vehicle, it punches a small hole in one side as it enters the vehicle, instantly fills the interior of the tank with enormous overpressure as it passes through the vehicle, then punches a small exit hole on the other side of the tank as it leaves. The crew is either liquified by the overpressure, or incinerated, or both and their remains are blown through the two small holes and any other openings. Ammunition and flammable fluids ignite and detonate. The turret is thrown in the air and the vehicle burns out. It is an extremely violent and gruesome event.

To see how this works, the next time you have a small milk or juice carton with a straw, blow into the carton through the straw then quickly pull away from the carton. Be ready to get wet. That milk or juice coming out of the carton represents the crew of the tank.

Another type of munition tanks commonly fire is called “High Explosive Anti-tank”, or HEAT. A heat round is explosive and works very differently than a sabot. But the effects are no less gruesome.

One can only imagine what would have happened to Glamorgan and her crew had the Exocet struck and ignited the Seaslug missile magazine.

BLADE shows much potential. Not cheap.

In Kuwait during Desert Storm, Iraqi tanks with turrets blown off was a common and sobering sight.

I think the difference in perception is because previously you only saw the Russian tanks afterwards, this time there are videos (as well as photos) showing just how high the turrets can fly.

Presently, turrets in the air or on the ground have Ukrainians calling Russian tanks “lollipops”.

I think this was initially applied to the turrets which had gone really high and weight distribution/aerodynamic drag had time to orient them with the barrel vertically downwards so they landed looking like one of those big flat round confections that people tend to remember in association with childhood visits to the fairground: 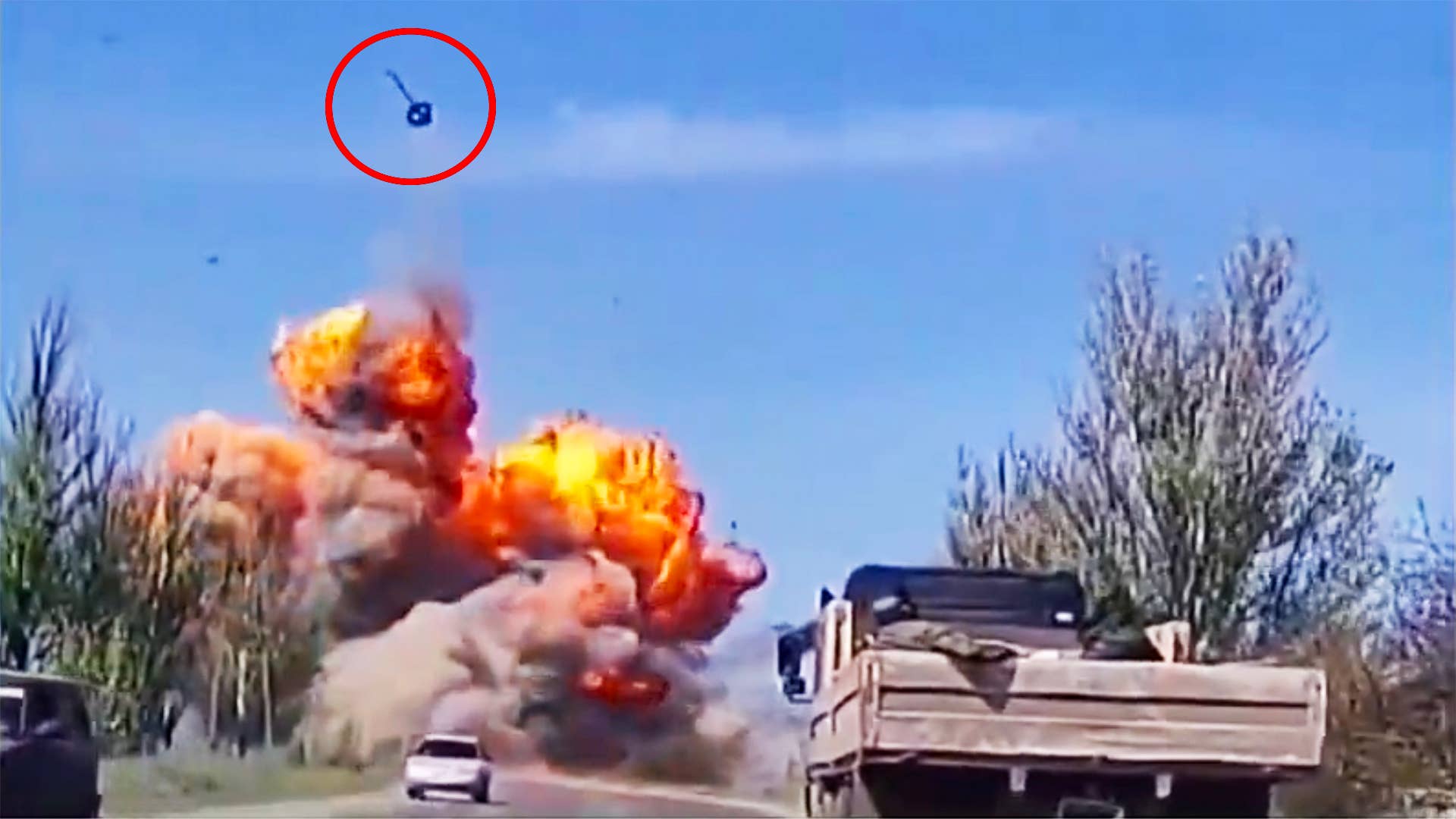 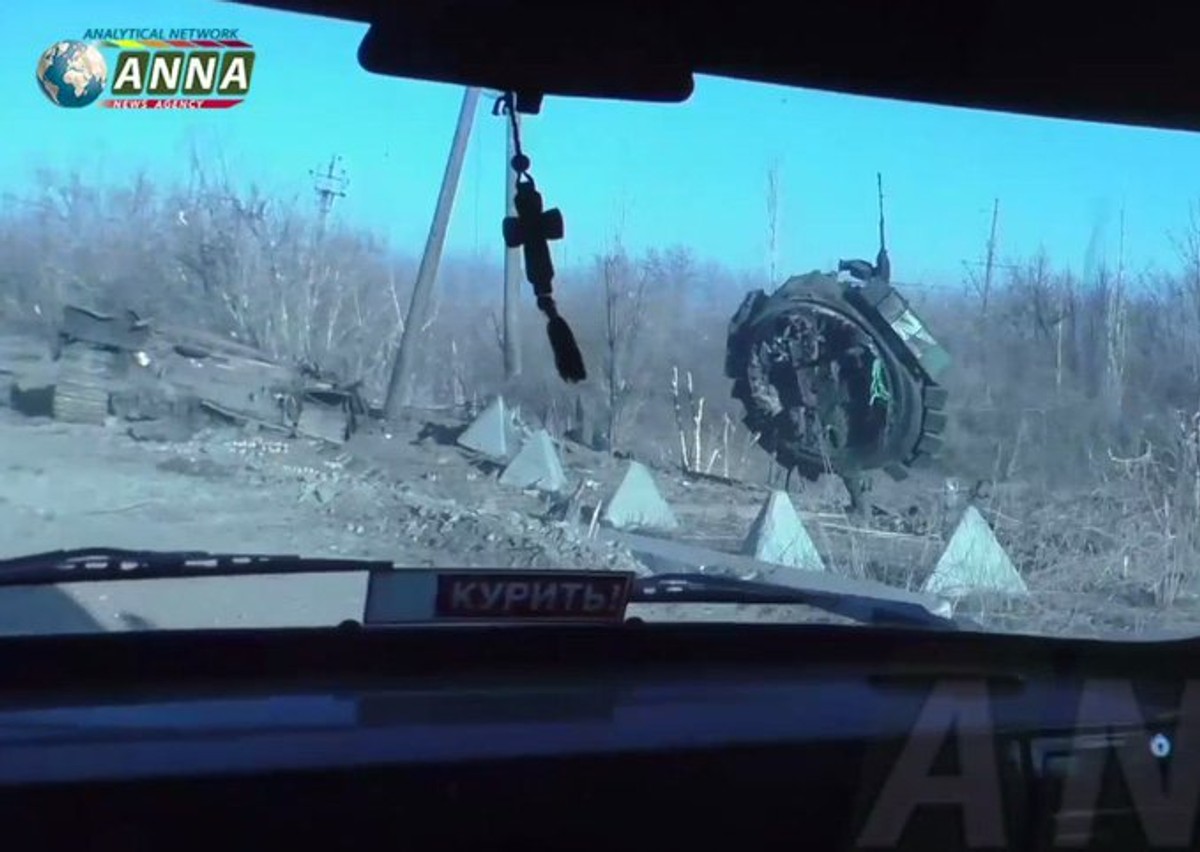 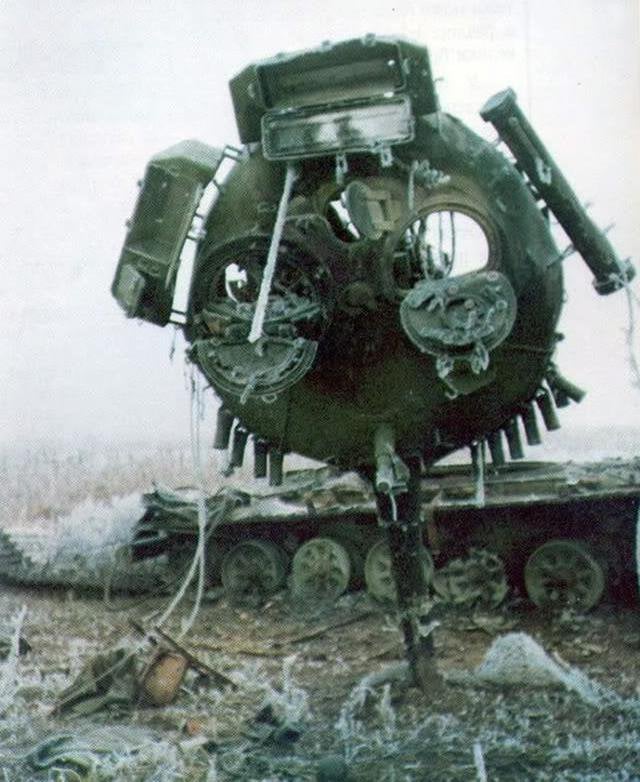 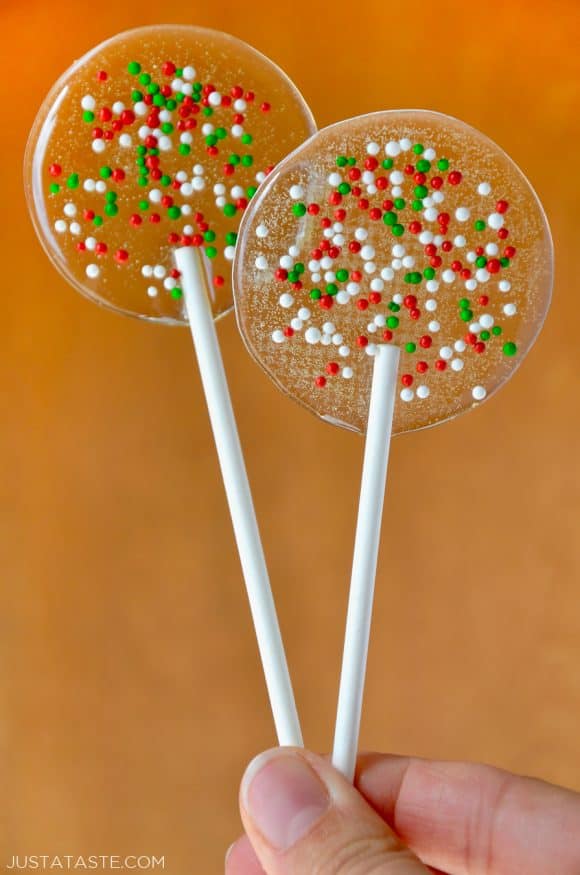 The term derives from the same source as “Sabotage”, the shoe in question being a one-piece carved wooden item worn by low-paid workers who disrupted the production process during industrial disputes. Some versions have it (probably incorrectly) that machinery was jammed by having such clogs introduced into it. I can remember as a child there was still a man making wooden-soled work boots locally.
Somewhat off the point my father was disappointed to find a lack of tourist trinkets during a brief visit to Holland and being a skilled woodworker carved a pair of miniature Dutch Clogs as a Christmas Present to send to his mother. I have them in front of me now, “A Souvenir” has been burned onto the top of them, and underneath the arch “Holland 1944”…

Hat’s off to your father!

With BLADE CROWS II on the existing M1A2SEPs, and with the 30mm on the Next-Generation M1, I wonder how the crew workload will be distributed now.

For sure, the TC has more work to do. Not only does he have to scan for drones and aerial threats, he has to use the CITV also for Hunter-Killer with the gunner. This is where pure teamwork comes in a tank platoon…perhaps two tank TCs scan for aerial threats and the other two TCs use the CITVs. And the TC has to keep watch of the 360-degree panoramic cameras.

I can somewhat see why the USMC got rid of their M1A1s. If not for the latest upgrades, it would be very hard to keep up with technology as the M1A1s lack CITVs and RWS. Then again, the USMC M1A1s are lighter than the Army M1A2SEPs.

The Next-Gen M1 will probably have the 30mm RWS slaved to the gunner, but will the TC have a AA machine gun? And will the 30mm RWS have a COAX such as .50cal?

I am curious as to what range from the target would be needed to electronically prevent target destruction by a drone fired weapon?

I am curious as to what range from the target would be needed to electronically prevent target destruction by a drone fired weapon?

Do you mean jamming of the drone released ordnance? The F-35’s radar can conduct search and track and ECM jamming. All it needs to be is miniaturized.