A stunning build of a diorama with a poignant meaning and brings home the harsh relativity of the scenes we see all over the world where war prevails, nonetheless this is truly a stunning diorama from modellers Simon Antelmi and Massimo Cazzato and "The Price of War" Diorama 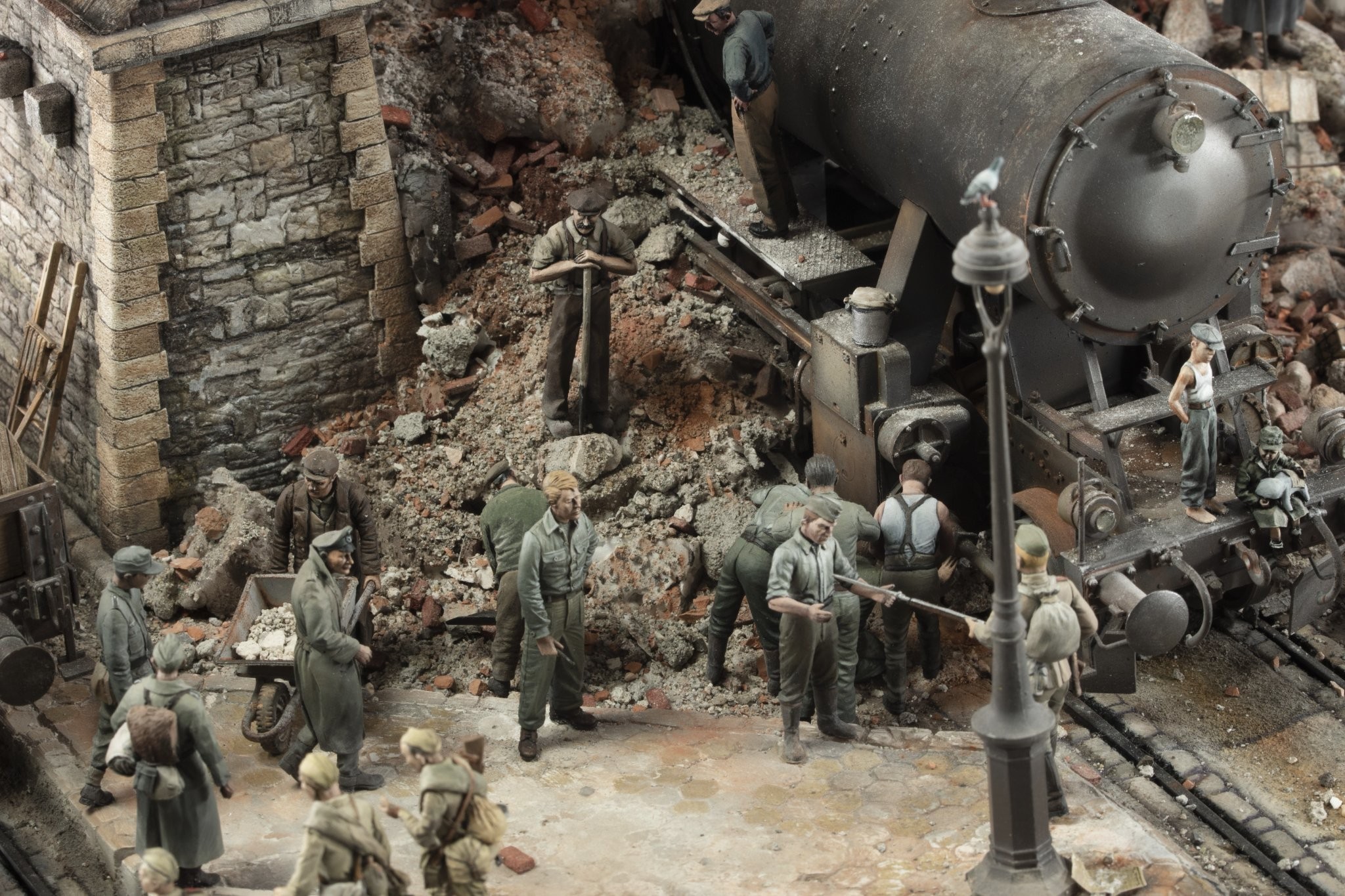 This is partial text from the full article (usually with photos) at https://armorama.com/news/the-price-of-war-by-simon-antelmi-and-massimo-cazzato
1 Like
Johnnych01 July 22, 2022, 9:22pm #2

What a stunning Dio … But God… Just thinking about doing that many figures hurts my head … Amazing detail and finish.

Awesome work. An inspired idea executed magnificently. If only my figure painting skill was 1/2 as good…

The sheer density of figures in this masterwork is wonderful to behold. The amount of time they must have taken not just to paint but to work out where to put them! That is dedication to the art, right there and that’s not even mentioning the other elements of the scene that are equally as good as the figure work.

I don´t like it. It´s too constructed, like in “pack everthing you have in a small scene”. Some the figure are Soviet civilians, highly unlikely in Germany. And the tramway on the bridge makes no sense.

You make some good points but still a stunning piece of modeling.

How can you tell they are soviet? When you mean the women with Headscarf I can tell you my grand-grand-grandma looked exactly the same in the 1940s

Overall I’d say it’s a hands-down masterpiece. The figure painting alone is off the scale & each component is finished to a very high standard. Frightening how many hours it must have taken, it deserves first prize in any show, so bravo guys an excellent collaboration. That said I don’t find the break in the bridge (or the debris pile) so convincing, and it’s hard to read what all the figures are actually doing – for example if the civilians can walk around the debris with carts why are so many clambering over it? Maybe there should be a second rail line next to the loco’s, and surely the other footing for the broken arch (at least its stump) should be across that corner? But hey there’s some cool pigeons, all that’s missing is a sheep.

So much is amazing in this diorama but what is the chimney there for? It just seems to sit behind the bridge between the railway lines. It’s beautifully painted and adds to the impact of the height of the diorama but doesn’t make sense to me.