The Queen has passed away ,

Very sad day, and a genuine very nice lady, and was lucky enough to meet her 5 times. Totally devoted to duty and her country… God save the Queen and long live the King.

She was a one of a kind leader.

She sure was not a normal royalty member. Very compassionate and genuine. May she rest in piece. God bless them.

My condolence to her family and all royalists in Great Britain. She sure was a queen of a kind. 96 years, a blessed age.

The world will be a much emptier place without her. A truly unique lady and inspiration to all.
God save the Queen. Long live the King.
G.

The Queen is dead, long live the King!

Not only the United Kingdom and the Commonwealth but the whole world today has lost a great person.

Condolences to her family and country.

She was an exceptional and good influence, definitely one of a kind. 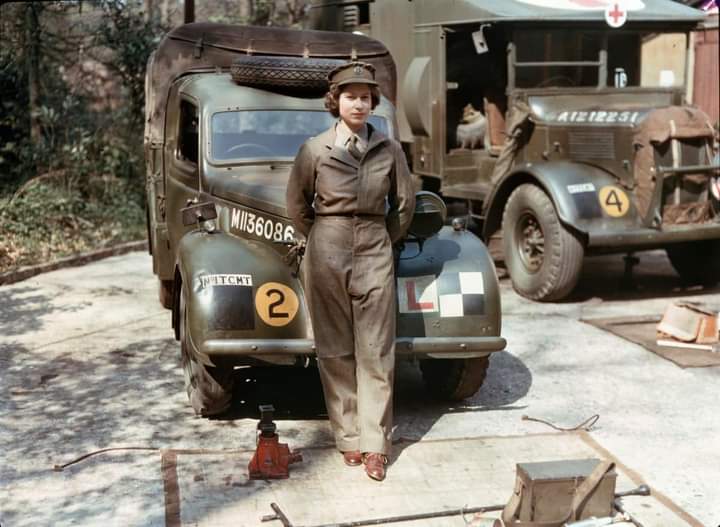 Unfortunately, a LOT of undeserved hate noted on MSN comments from haters and trolls.

I had the honour of meeting her as well twice, first time as a child. Given she was the grandest dignitary you could meet, what struck me was the genuine warmth that shone through the formality of her title. I recall instantly warming to her.

Her passing has resulted in a somewhat strange feeling. For want of a better analogy, given her enduring presence it feels a bit like the nation has lost a grandmother. The head of the national family so to speak.

@Biggles50 I share your sentiment. Whilst the internet like most things has brought many wonders there is definitely a dark underside. That said it’s definitely a vocal minority. Whether your a monarchist or republican is absolutely a personal choice. However most right minded people of either side of the table wouldn’t revel or seek satisfaction in the passing of a another. Those that do are best ignored and are. The great interweb just gives the impression they aren’t.

Nicely said and I fully agree, she was unassuming and instantly put you at ease. Selfless to the last.

Would it be faux pas to suggest a campaign in her honor? “The sun never sets on her majesties empire” any common wealth subject to have served from 1952 until 2022

Would it be faux pas to suggest a campaign in her honor?

I am saddened to hear of her passing. She has reigned my entire life (having been born in 1952) Although I’m not from Britain or any commonwealth countries, I share a deep respect for the Queen.
She had me when I heard that she often times worked on her own Land Rover having learned the mechanical skills during the war.
Rest In Peace Your Majesty.
Condolences to all in the Empire.

Some 60 - 65 years ago I had a set of Royal Family figures. They were probably a Coronation commemorative set as QE ll was in royal robes and wearing a crown. There was also Princess Margaret, Philip in uniform with ceremonial sword, and Charles (now King), and Anne. I think there was an other figure who must have been the Queen Mother. They were single piece castings in white plastic (very high quality castings with exquisite detail on the medals, jewels, and crowns) and must have been at least 54 mm’s (considering I was around 7 or 8 at the time and everything looked bigger!). Unfortunately these disappeared decades ago! Oh, to have a time machine!

Anyone else have the pleasure of having had these figures?

Just a little anecdote about HMQ and land rovers.
While I was in Windsor with HCR, we were doing a long range Comms exercise trying to contact Cyprus from Windsor Great Park via various rebro sites that had been set up in various countries.
We were busy setting up a Sultan on one of the higher points in the Park, with various radio combinations and di poles and HF , VHF and low band and weren’t really paying attention to our surroundings… When we heard a vehicle pull up next to us and an instantly recognisable voice inquire " and what do we have going on here ? " … I turned round to find HMQ looking out from a LR 110 drivers windows on her own, waiting patiently for an answer, … After a prompt salute, and a quick explanation, she simply said, " well I do hope all this effort works and you hear somebody on the other end" … I replied, " thank you your majesty, so do I" to which she simply smiled, and drove off on her own back to the castle or the mews… God bless her.

Remarkable story. I have heard she used to tool around solo in the Land Rover on the estate. I have a photo I collected somewhere of HMQ in a Series I or II Land Rover. I’ll have to hunt for it.
Thanks for the cool story.