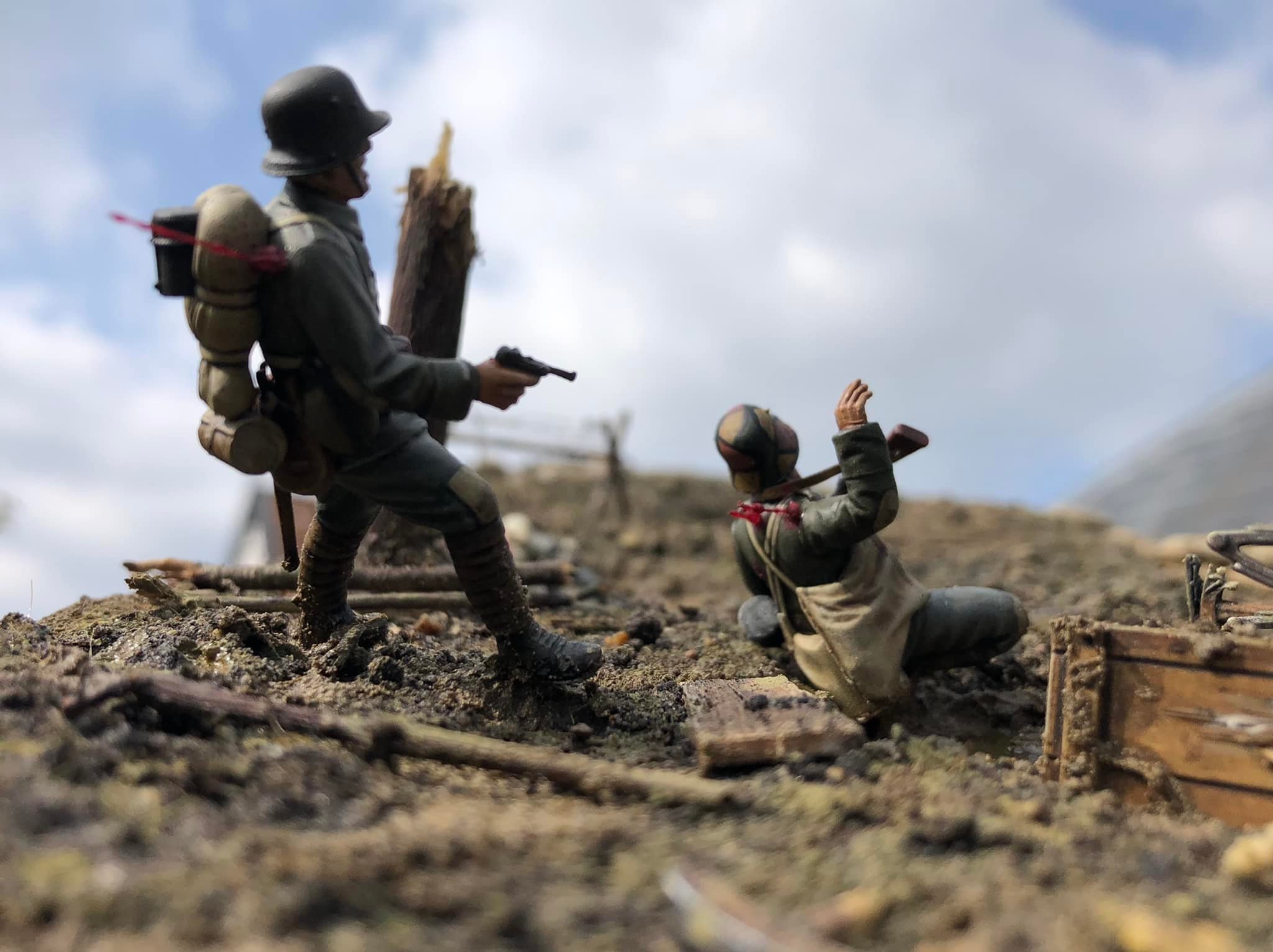 This is partial text from the full article (usually with photos) at https://armorama.com/news/the-trenches-world-war-1-hold-the-line-inspirations-by-rich-cooper
2 Likes
bwilt April 24, 2022, 7:00pm #2

Some parts are very very realistic, like those exit wounds…!

But I am not sure a body would decompose to a skeleton within a couple of years, still… shows the horrors of war very well!

I was looking at WW1 images and corpses where reduced to bones in days due to rats.

It is a very interesting piece. I think it conveys the horror and desperation quite well. There’s lots going on and it is a great piece to look at.

It does look like an excellent portrayal of an event that could have occured thousands if not tens of thousands of times in that war. Of interest here is that there is not a small outcry of showing the horrors of war in a diorama. That used to occur often on the old Missing Links (Lynxs). I am of the opinion that dios should show true carnage if a battle scene is being made. But the crux of the matter is if children view that kind of dio. However, what kid in the world these days has not seen such on games especially.

I do want to point out about the skeleton that many positions between the armies known as No Man’s Land, stayed static for long enough for a corpse to decompose, Ive looked at far too many photos of that war because both of my grandfathers fought in it. The one who went to France was a mule tender, somewhere I have his book that he was given to take care of mules the army way. Mules pulled machine gun wagons into the front but he stayed at the “garage” until November 10th, 1918 when a little known order was given regarding the next day. ALL soldiers, including mule blacksmiths, cooks, clerks, everyone basically, were to be moved to the front in order that should the Germans faulter on the surrender terms, the full weight of the entire Allied lines would fall upon them. My other grandfather was a sonar operator on a submarine, the K2 which there are photos of him and photos that he took are available on PigBoats.com

I think you did a great job of movement. But…bullets hit bodies at a great speed and tend to cauterize as they pass thru. So instead of blood coming out it’s a puff of dust from being in the trenches for a while. Another thing is the uniforms are too clean. These guys just we t across no mans land and took a trench and the germans are counter attacking. Sound all gloomy but because of mgs people tend to get hit and fall on top of each other. And also stuck on barbed wire. Just some things to think about as you go along. More bodies, not necassarily blood, . the skeletal remains? You can always add tiny bits of putty to the bones for skin. I would add more dirt or deeper in the water. He’s too " out in the open" . if he’s been there that long, he’s not gonna just laying there. Just my 2 cents. Keep plugging away. Looks good so far

I like it. I would have tried to photograph it on a cloudy day, for mood.

Does anyone know if any manufacturer offers the German style woven trench walls in 1/35?? 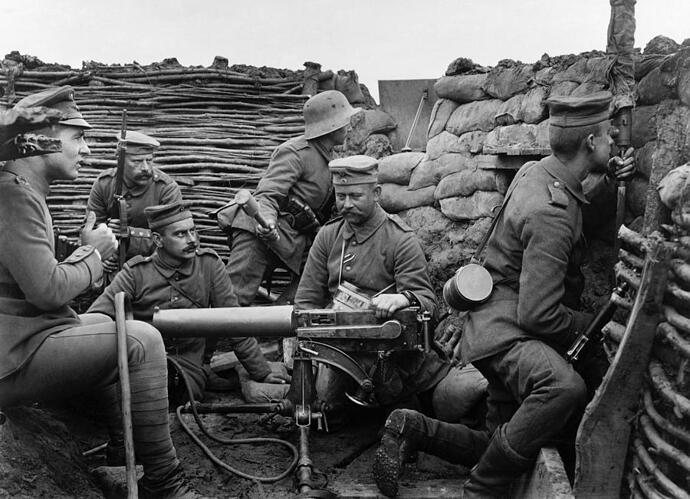 Blackdog do a section with some of that trench material.

They are no where near long enough to represent a 3m section of trench, though.