It has been some time since we have heard from Thunder Model. Seen at its social media page are initial images of its upcoming release, the Morris C9/B late version. The kit will contain 14 sprues, clear parts, PE parts, decals. Slated for release this February. Watch this space for updates! 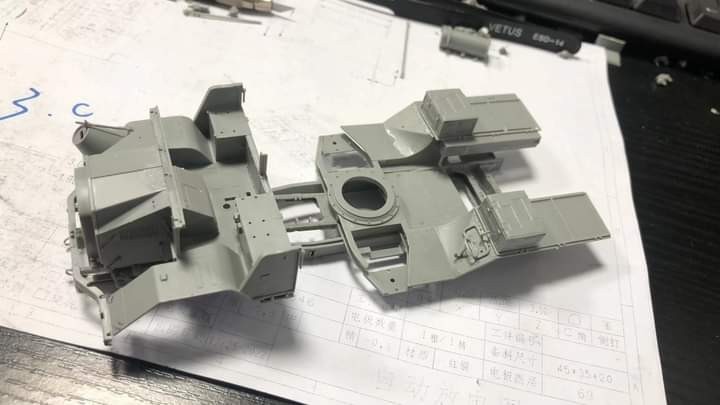 This is partial text from the full article (usually with photos) at https://armorama.com/news/thunder-model-morris-c9-b-gun-truck
3 Likes
petbat January 7, 2023, 9:23am #2

Good to see Libor is back into it.

Oh goodie! Another entry to be placed in the ‘stash that will never be built’ stash.

The aftermarket will go nuts on this thing…resin tires, PE, metal guns!

Looking forward to this. Are they still doing theWLF M1A1 wrecker?

Glad to see Thunder Models back on the scene. They do great and unusual kits.

I can’t say. It is only from his previous postings, and a friend that has a closer association with him, that I knew this was still going ahead and had seen photos of the original test shots… but I did not know the release date up to now.

I hope it gets up again, but if not, he can come to another arrangement and release them under the Thunder label. I missed out on a few MM kits I wanted to buy. “You snooze, you lose”.

He is behind L.Z. Models too, of course and already has 2 sets of Wheels for the Morris C8.

Yes Jason, it is. I have seen test shots of the Ward LaFrance and it looks great. On my list as well.

I’m paraphrasing what Libor said on a FB post, “Buy* the Morris C9/B to fund the Ward La France Wrecker”
*I’m getting both btw…

I’ll gladly do that…

So it really is coming? Great.

The Ward LaFrance wrecker is very appealing, even to an aircraft guy like me .
Does anyone know if there may be a resurrection of the Morris Quad FAT kits ?

Hi, I’m new to this Forum and see that a member has asked about the Morris C8 Gun Tractors manufactured by Mirror Models, are you aware that Gecko have just announced three vehicles based on the C8 as new kits, they are the early and late versions of the Quad and a Germanised version of a captured C8 in the same vane as their Bedford MW. In addition there is to be a third version of the Austin 30cwt in RAF configuration with a hip ring hatch in the roof. Would be nice if they were also to do the promised version of the 17pdr tractor that Bronco promised last century.

Thanks Sarge - The Gecko kits may be the ones that Bronco started ? ?
Just speculation…

Can’t say for certain but if it is the 17pdr tractor could well follow. Having a good Morris kit to work from will open so many possibilities for them to work on and the conversion possibilities are endless. Amongst other things I like British airborne equipment and the 17pdr was definitely used at Arnhem and I have two pictures of the C9/B in airborne use. One picture shows one being loaded into a Hamilcar Glider and the other one shows it in use in Italy.

Kinda makes you think that Thunder knows about the Gecko version coming in the push to get theirs released first. Either way, both manufacturers, and their versions, will be welcomed to the stash.

I’m looking forward to all the Morris’s as I’ve always said softskin vehicles have been neglected until the last five years or so when I think manufacturers have realised there is a wealth of subjects out there especially British and Commonwealth as there were so many different manufactures and the fact that there were so many common bodies. Please no more Tigers and Panthers!!!