Years ago I saw a picture of a Tiger 1 with something similar to what’s in the picture. I did this from memory, but was wondering if anyone had a photo of a similar pattern. Be it early, mid or late it doesn’t matter. 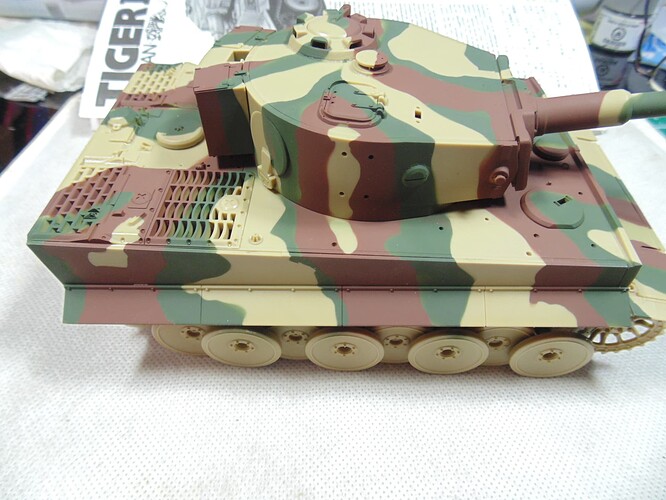 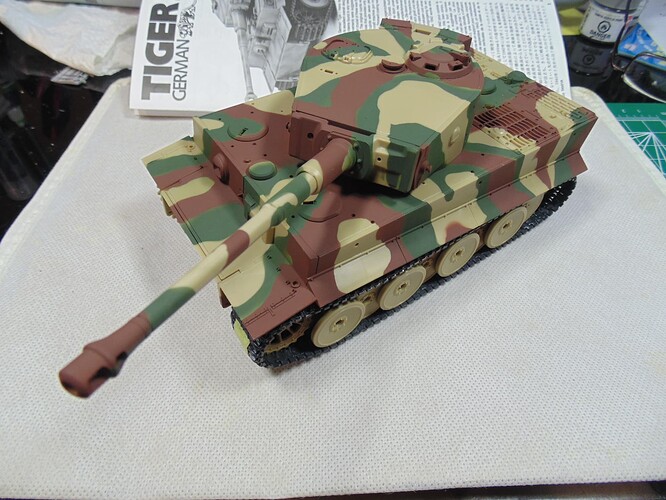 The tank has no Zimmerit, so it is one of a small number of tanks with the late cupola delivered in August, 1943. The 509th battalion is known to have gotten some. Tanks in that period were delivered in overall Dunkelgelb and pattern painted by the receiving unit in Olivgrun and Rotbraun. The paint was nearly always applied with a spray gun, and had a soft edge.
Shortly after Zimmerit was discontinued in September, 1944, camouflage was ordered to be applied at the factory, and hard edged patterns were mandated (though photos show this wasn’t always the case). This is academic, here, since the Tiger I had ceased production the previous month.