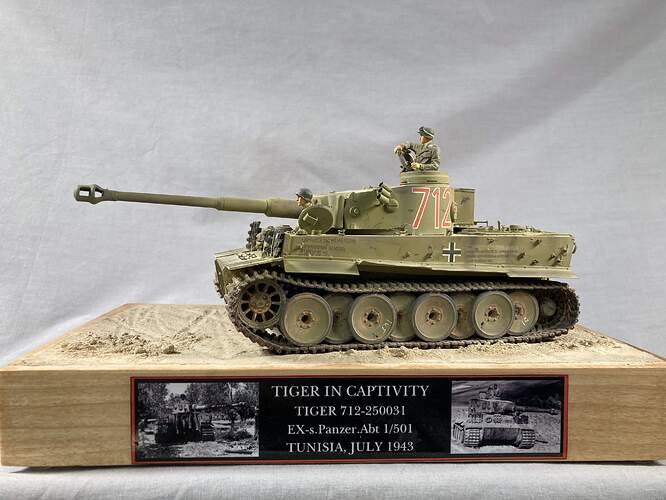 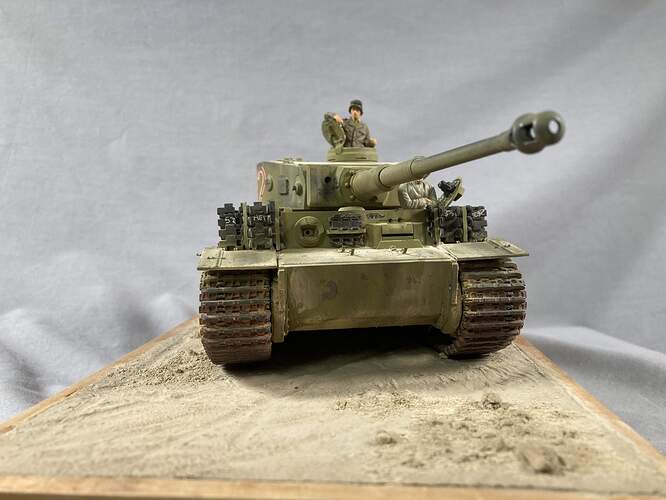 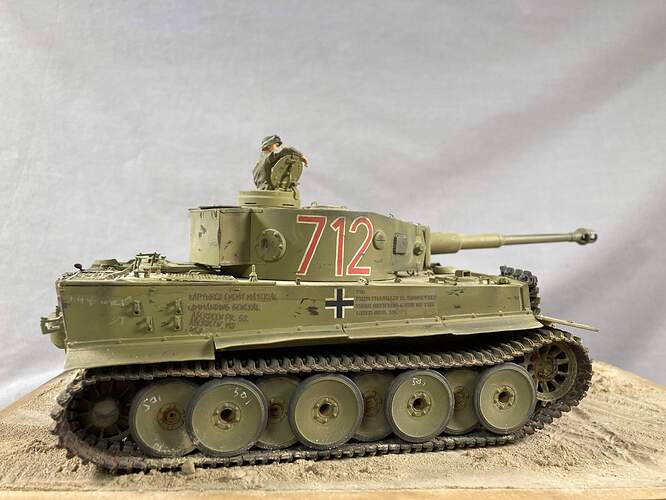 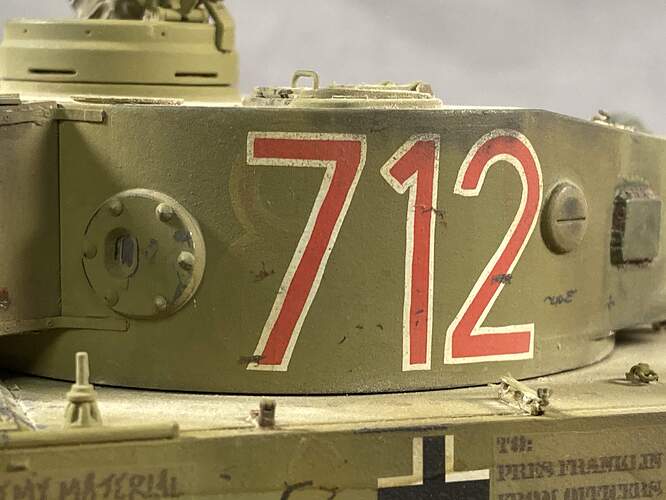 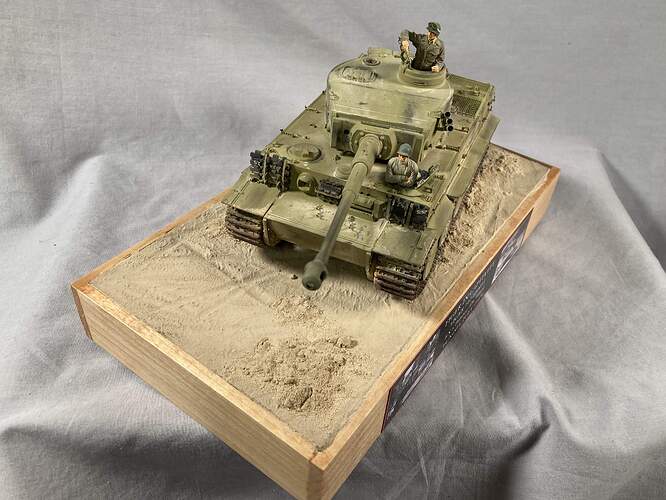 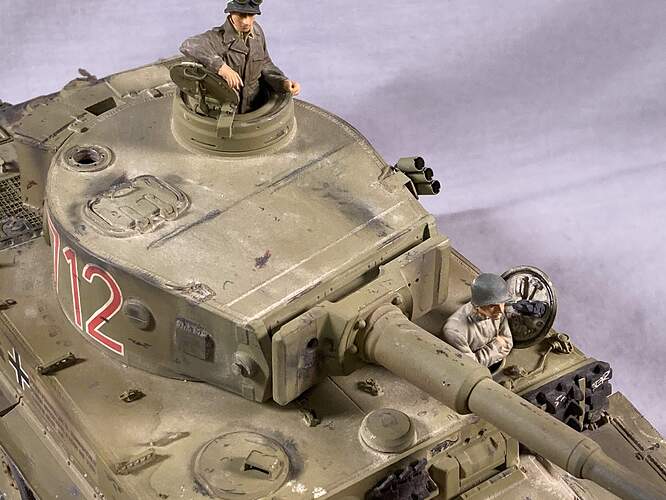 image4032×3024 884 KB
This is another kit from the Shelf of Woe. The Cyberhobby initial production kit. Aftermarket decals and 3D printed tool clamps. The text should be whiter, but I can’t print white on the computer.
This is the tank after the Americans took possession.

Very nice work, and did you make up your own decals for it?

Mind you, I would take issue with a few things there. For example, it was in 2 company. 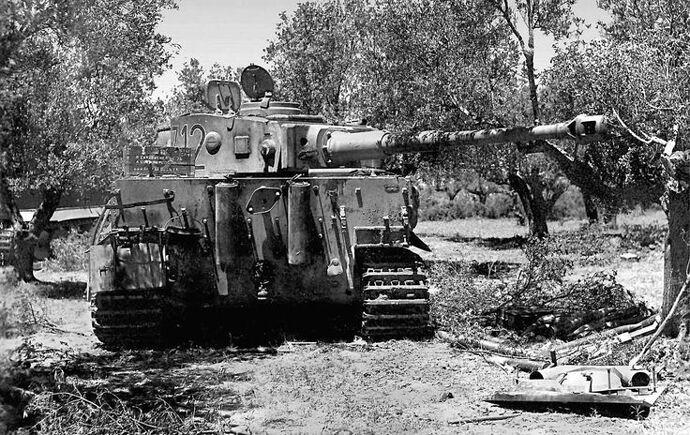 image736×464 127 KB
Well, as found, the number was 712. A number 8 can be seen partly painted over in the pictures. I make no claim about what company it was in when abandoned.

The numbers are from an aftermarket set by Trakz. The stenciling was made at home on the computer. It should be whiter, but I can’t print white on my computer. I tried for an off white, but they are still too dark to really be correct. The objective was completion, not perfection.

It was abandoned while in 7th company, 3rd battalion of Panzer Regiment 7.

Prior to that it was Tiger number “81” commanding the 8th company, 3rd battalion, Panzer Regiment 7.

And before that it was Tiger number “21” commanding the 2nd company of s.Pz.Abt.501.

There is a small possibility that it started out, even before that, as “221”. We await more photos.

But since 2nd company was the 8th of the 7th, and those got rolled into 7th of the 7th, wouldn’t that make it sort of 1/501 at the time it was abandoned?

When I started the model ten years ago, the only thing I was really interested in was the partially visible 8. This seemed a cool modeling detail. I did do the tank in 1/25 back in the 80s after I got a look at the file in the Ordnance Museum files.

Do you think the battle damage was from Hunt’s Gap? It seemed to me the re-numbering might have occurred while repaid were underway.

501 officially did not exist at the time it was abandoned. The tank’s turret number really does tell the tale.

The battle damage is an interesting question. At Hunt’s Gap the Germans were hit mostly by bombs and artillery, but the damage looks more like AP hits. I think it was from Maknassy.

Did Hunt’s Gap invoke American units? If not why do they seem to be the ones blowing up Tigers?

The site was on a main road, so the American forces made use of it weeks later, and that’s when they blew this Tiger. For the second time.

Thanks, it was just one of those little things that seems to be overlooked in the various books.

Either way; I liked how the model was built, painted and presented -nice weathering. The historical details are fascinating side notes.