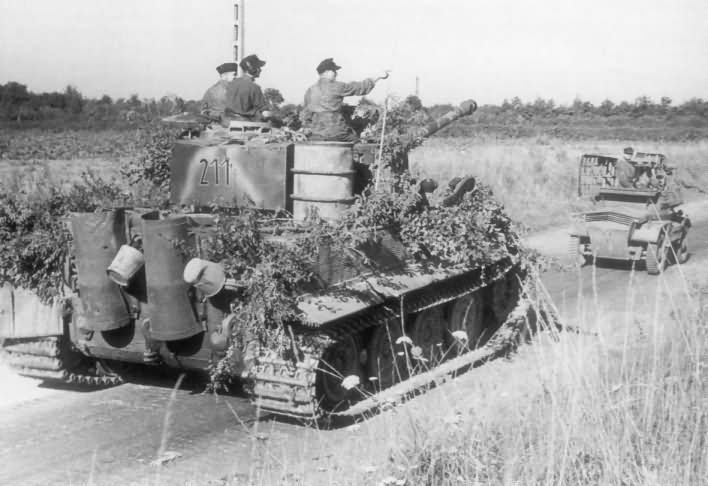 I think the man to ask is @DByrden , he is pretty much the Tiger Ninja

Tiger “211” has a C-hook stored to the left of its exhausts (see the arrow in this photo), therefore it cannot be a Command Tiger. 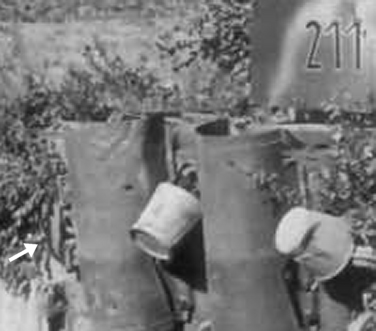 @DByrden
Thank you for your reply.
After some research I am going with this:
Model made as a late production standard vehicle as per RFM instructions.
The ATAK zimmmerit 35075 https://atakmodel.istore.pl/en_US/p/35075-Zimmerit-TIGER-I-Late-Production/22730647
has an optional pattern for the turret which is “thicker” and I understand that was what “211” had so I am going with that.
The only thing I am not sure about now is the idler wheels, Jentz & Doyle imply that “211” would have had the smaller 600mm idlers but someone has suggested that it may have been the 700mm ones.
Please can you tell me what you think of my choices?

“211” had a 40mm thick turret roof with the “Pilze” crane sockets on it, so it’s the final designed version of Tiger. In the normal sequence of design changes, it should have the two-part turret roof (with a weld joint at the bend). Its muzzle brake is the small one, and there is a single hole for the gunner’s telescope, as we expect.
I can’t see the loader’s hatch but it should not have the “long hinges”. Its handle is certainly offset to the side.
The turret Zimmerit does indeed look thick and crude.

I’m looking at three photos of it and I am sure that the idler was “small” - as you would expect for that version.

Thank you.
One of the turret roofs supplied by RFM has the weld along the bend and the pilze sockets so I will use that. 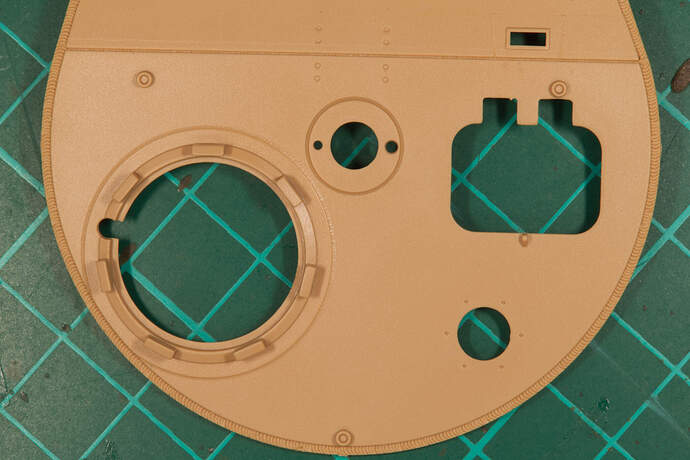 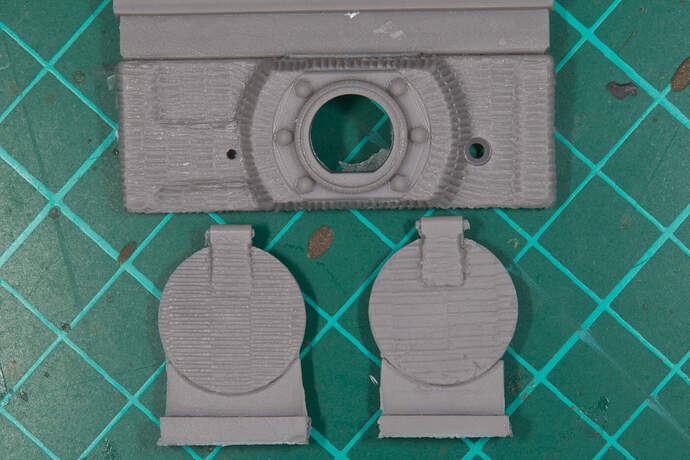