First time poster, here. 30 year modeler, primarily aircraft, but have been bitten by the armor bug recently, having only built one tank 25 years ago. I am currently building a 1/35 scale Tiger II, and was reading a little about Kurt Knipsel. I have tried googling some of the Tiger II’s of his, but have not been able to find any pictures. Can anyone point me in the direction of any photos of any of his Tiger II’s, as I am fascinated by his story, and would like to portray one of his machines. I have not come up with anything, and would like to learn more. Can anyone help an aircraft modeler out?

Google; " Kurt Knipsel" 334, you’ll find several builds, photos and even a still from a movie clip, from which this image was taken; 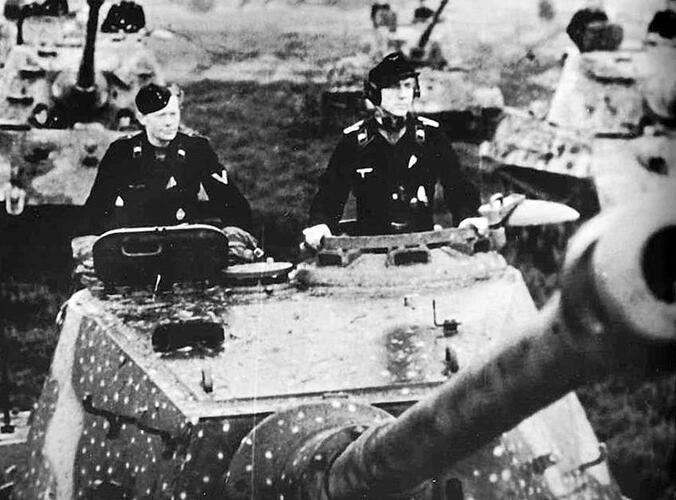 Search for Kurt KniSPel would be even better

yeah I saw videos of him on YouTube, very interesting character

I also only recently learned a bit about him. As David already stated, he was a very interesting character, died just a few days before the end of the war. Really bad… 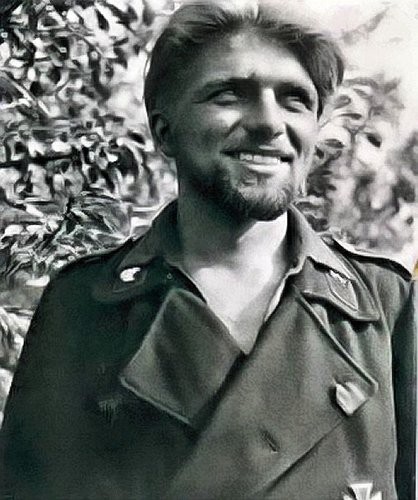 Because of him not being a Nazi and doing things his way, he had little if any coverage officially.

There a lot of discussion about Kurt Knispel on the Axis History Forum if one digs.

One word of caution, Panzer Aces
Book by Franz Kurowski is a very questionable source for accurate and true information. Seems like Kurowski basically mixes facts with fiction. Basically Kurowski had an agenda as Wehrmacht apologist.

Some where I think buried in 18 pages of the thread above, is a reference to an interview with an officer in Kurt’s Tiger battalion. The officer comments Kurt was ill suited to military life and had a habit of borrowing other people’s items. Its implied the discipline issues discouraged attention from Kurt as well.

there doesn’t seem to be much in the way of books dedicated to him which is a shame. if anyone does know of a decent biography then feel free to let me know

The fact that he was known to physically attack those who abused Soviet PoWs mitigated against political acceptance by the hierarchy. He was ostracized by the officer class because of his rejection of Naziism and his utter contempt for the military chain of command.

Please cite your source for that information because if its Panzer Aces by Franz Kurowski the story is very likely untrue. Kurowski basically took a few facts and mixed in a lot of wishful thinking and fantasy.

Ernst Barkmann celebrated Das Reich ace panther tank commander had pointed out many issues with “Kurowski versions” of events in the past.

He was showcased in a TV series on Battleplan, or Tank Battles or another series documenting finals days of the Reich. Just not sure which it was on. I have watched hundreds of hours on WW2 in the last month. Just to much to point exactly.

Thanks for the reply, folks. Sorry about the spelling error in the post title. He sounds like he was an interesting character, of which little is known. I will have a search for the indicated decal sheet, as I am fascinated by late war Tiger IIs.

Appreciate all who responded…

I will do so, but I have to search my sources. As a professional historian, I know about Kurowski’s work which I avoid. I will get back to you soon.