I’m working on a small 1/72nd quayside diorama and intend to add the Airfix Austin Tilly (from their WW2 RAF Bomber Re-Supply set).

In the instructions Airfix show the doors hinged on the leading edge, as in most modern cars (see image below). 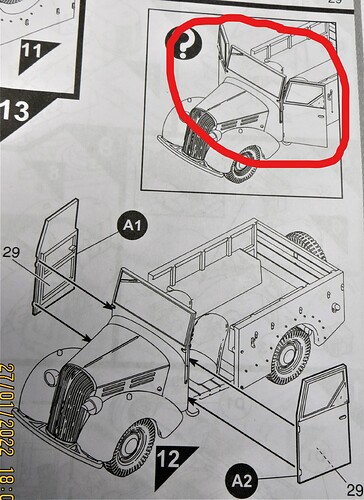 However, I’m sure I recall seeing a build of the 1/35 Tamiya Tilly with doors hinged on the trailing edge…which is correct?

The Tilly thus far undergoing painting, the passenger door has yet to be added once I know the correct hinged edge. 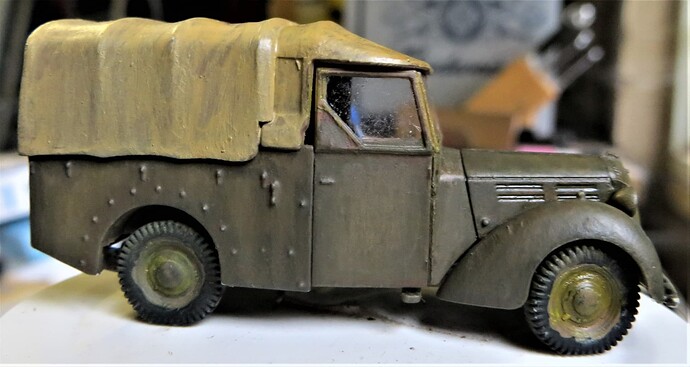 If anyone is interested below are a couple of images of the A4 base thus far. All the base and façades are carved from DAS applied over foam. Doors, roofs, lucam, boxes and upended row-boat are strips of card. I still need to add a couple of railway wagons, a crane, a small boat, the Tilly, and some figures. 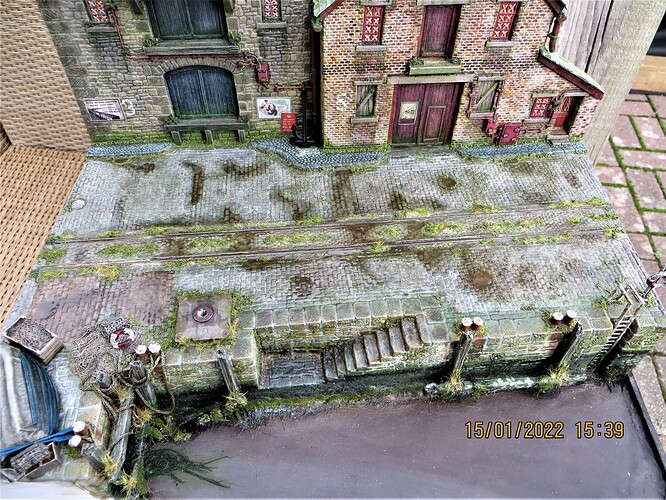 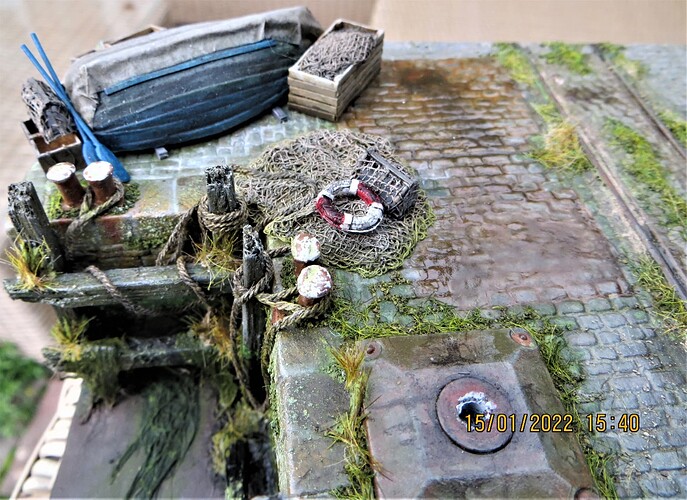 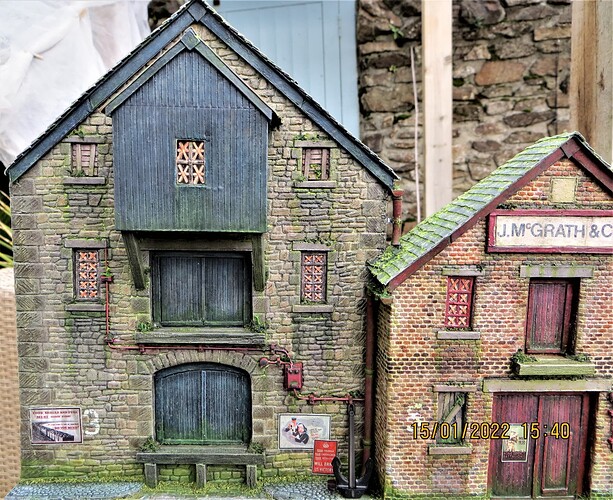 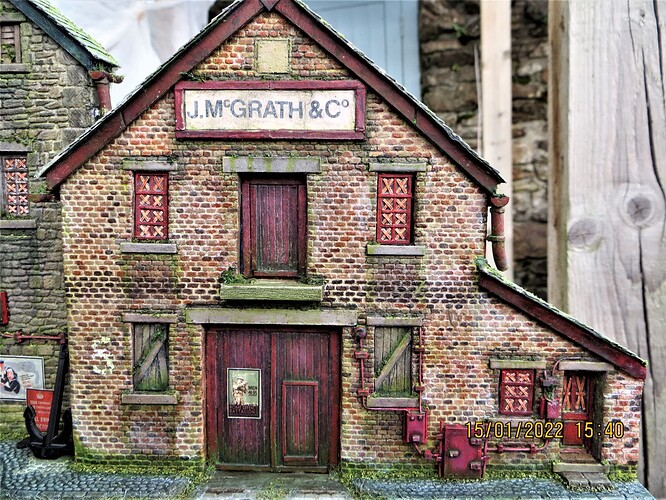 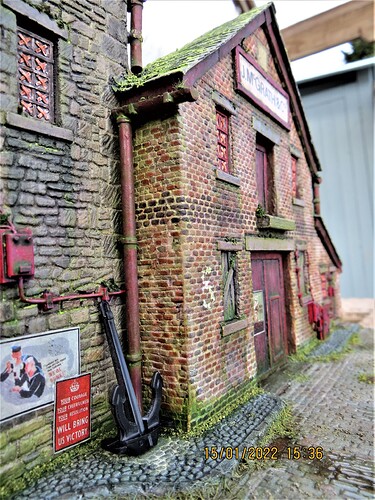 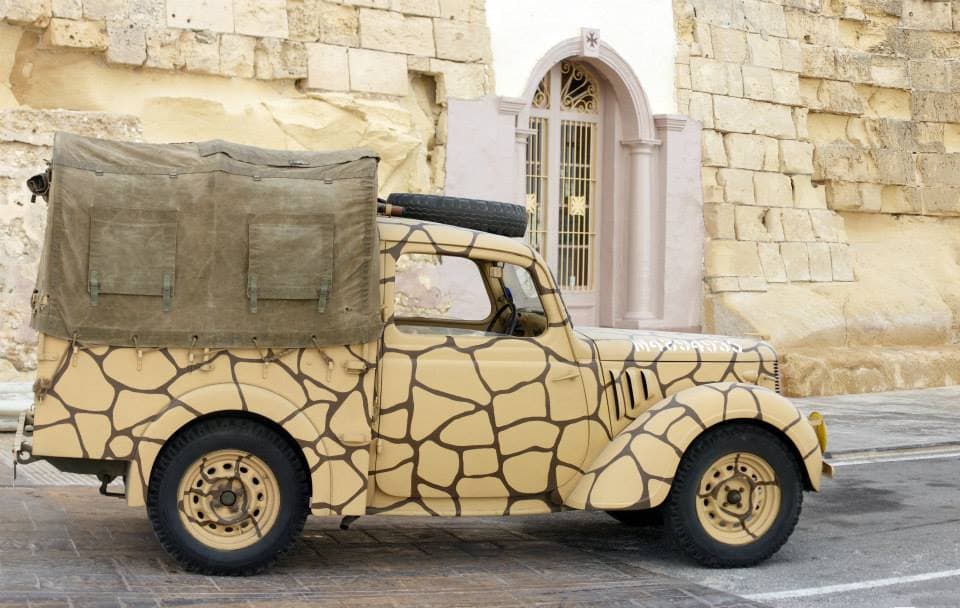 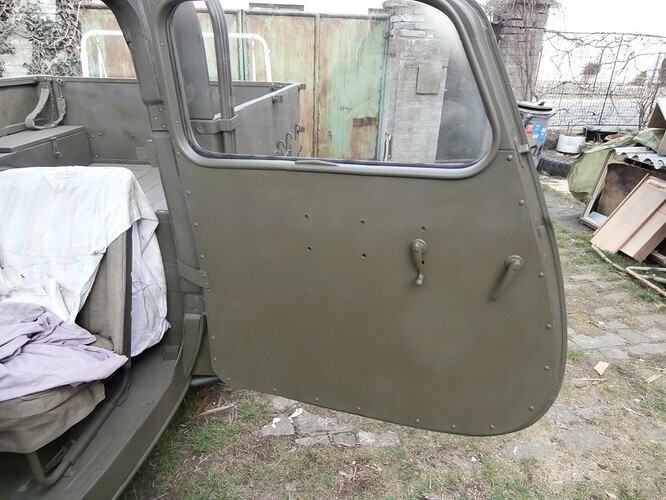 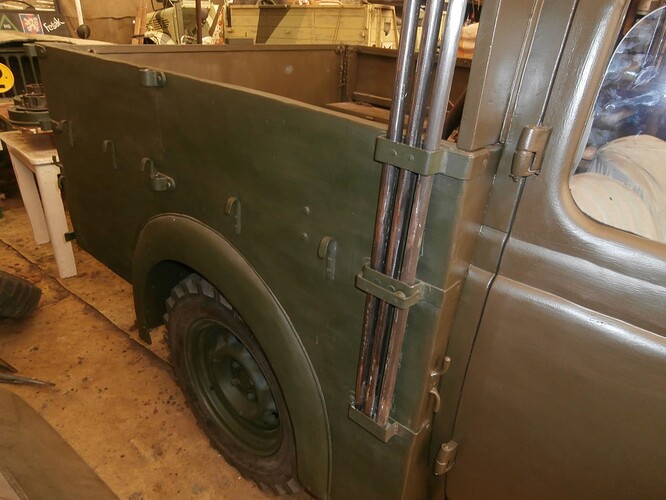 I’ve been putzing around with the same model and haven’t seen any versions with forward mounted hinges. Though I wouldn’t be surprised if they existed.

I’ve been following your work on the A4 dioramas, and have to say they are top notch.

Regarding the Tilly doors, the Airfix kit contains a tilly manufactured by Standard rather than Austin as per the Tamiya 1:35 and 1:48 kits. The doors open different ways on these. Both models are correct; on the Standard tilly the doors open as on modern cars with the hinges to the front. 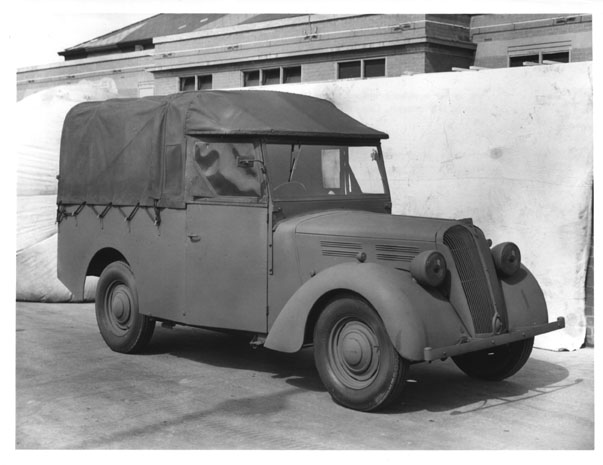 Does anyone know if these two versions were issued randomly or did each version tend to end up in particular theatres?

The kit’s vehicle, like the soft top vehicle in HP’s pics is a Standard 12, made by the Standard Motor Car Company, not an Austin 10 HP, made by Austin.

Note the louvre vents on the side of the engine bay and the squared off bottom of the doors, compared to the louvres and doors on the ‘Malta’ Austin.

The name Tilly was applied to several manufacturers utility vehicles. Tilly being a nickname for utility. Morris and Hillman both made versions too.

The Standard vehicles all had forward mounted doors, the Austin 8 and 10 had the Suicide Doors. 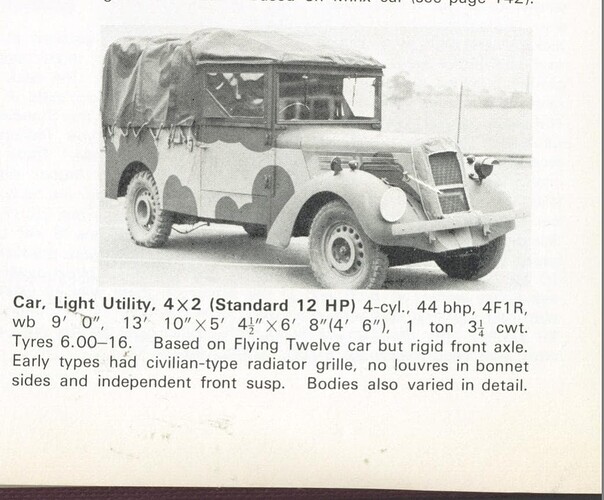 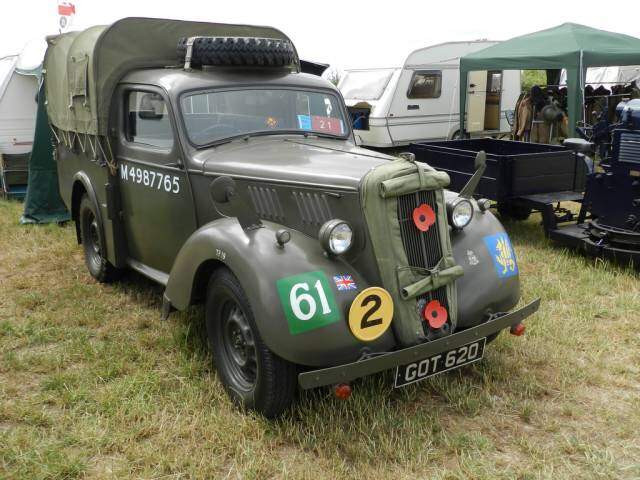 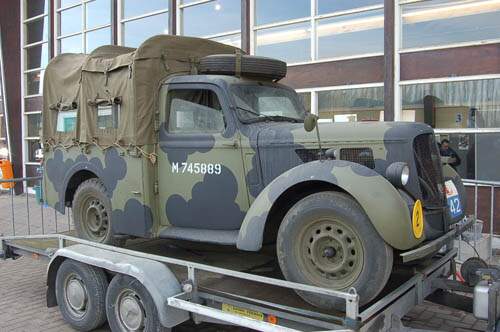 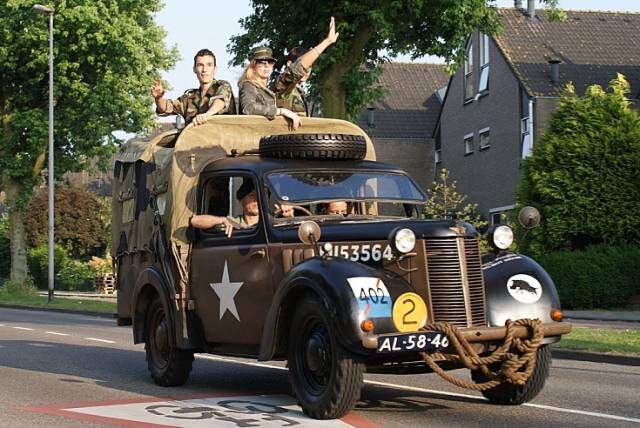 The Standard equipped the BEF early in the war and a lot were lost at Dunkirk.

As Petbat says,
Tilly = Utility
The RAF used Standard Tillys in WWII, any Austin Tillys in RAF colours (as Tamiya) were post-war (or liberated, but I haven’t seen pics of RAF Blue Austins in WWII service)

A big thank you to everyone above for their contributions regarding my question,

The response from everyone in this post, and others, is amazing, and it’s one of the greatest assets of this site, the level of knowledge of the good folk hereabouts, and their willingness to freely share and help, without judgement or criticism, those of us who aren’t in the know,

Every visit to the forum is a school-day for me, so thanks again.

All you need to know about the Tilly (if needed…)

Thank you for the link, I’ve bookmarked it as I’m contemplating having a go at a Tamiya Tilly, either 1/35th, or 1/48th, a scale I’ve never tried before.

Just remember that wartime RAF vehicles were painted to army patterns and colours and were not painted RAF Blue (That was pre-war and post-war).