Transporting Fuel To The Front

I’ve wondered how fuel gets transported to the front lines during combat. I assume that typically cargo trucks carrying barrels or cans of fuel would be doing the job, as tanker trucks would stick out like a sore thumb and would draw all the enemy fire.

Depends upon the army and era. US doctrine for the past several decades is to use tanker trucks as it allows for faster more efficient refueling.

Not typically. Usually smaller tankers (M985 HEMTTs in US service) are part of the maneuver Bn trains and roll right behind the combat elements. The combat vehicles alternate pulling back off the front lines to refuel. Further back in the BDE and Division trains are the larger 5K semi tankers that the Bn tankers come back to and refill as needed. Sometimes, the larger tankers will move behind the main elements and set up service-station style lines for vehicles to come through as thy move forward. Securing your supply lines is a key task so you can still push fuel, food, ammo, etc. forward.

As Stikpusher pointed out it really depends on the army and era. More detail is better. The type of unit and it’s current task also matter. Refueling a tank squadron in a läger is a very different operation than supporting a recce troop 10km forward. If you have a particular scenario in mind, post it, and odds are pretty good that someone can answer your question or point you in the right direction.

Some army in some war had tarp bows over the fuel tank bodywork so that
the tanker could look like any of the other trucks.
I have seen a picture somewhere …

Some army in some war had tarp bows over the fuel tank bodywork so that
the tanker could look like any of the other trucks. 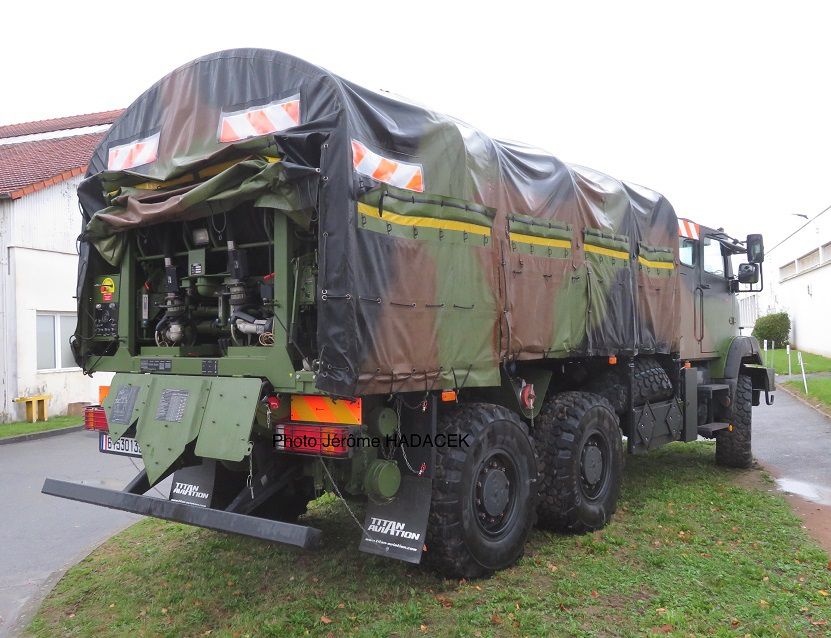 In the British Army each Company/Squadron typically has 1 or 2 fuel trucks with a pod on the back and also possibly packed fuel in jerrycans on a separate truck. They would resupply their own sub unit with fuel during replen operations typically at night. Those trucks would then refuel from a central distribution point (DP) from larger tankers with limited cross country performance. 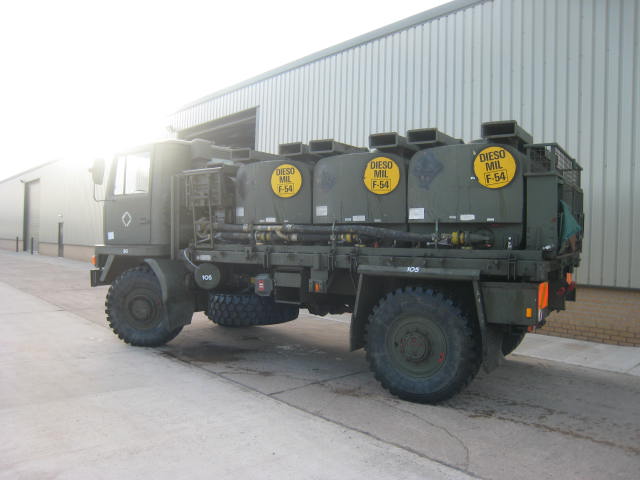 Older version on a Bedford TM. This version can be lifted off and the vehicle is then just a flatbed truck. 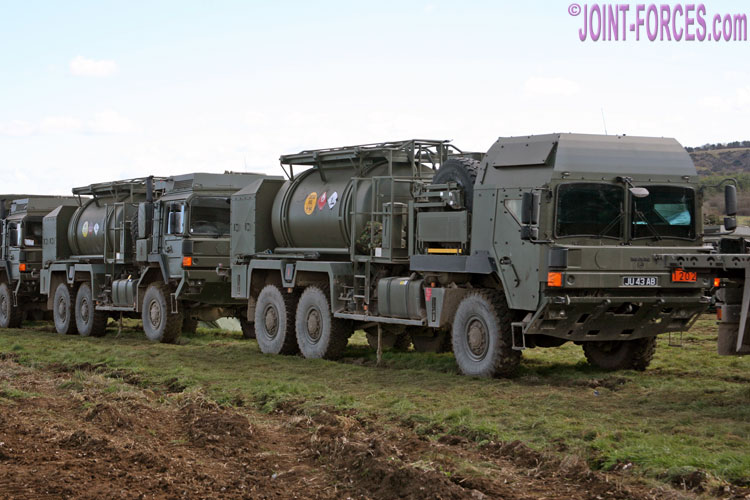 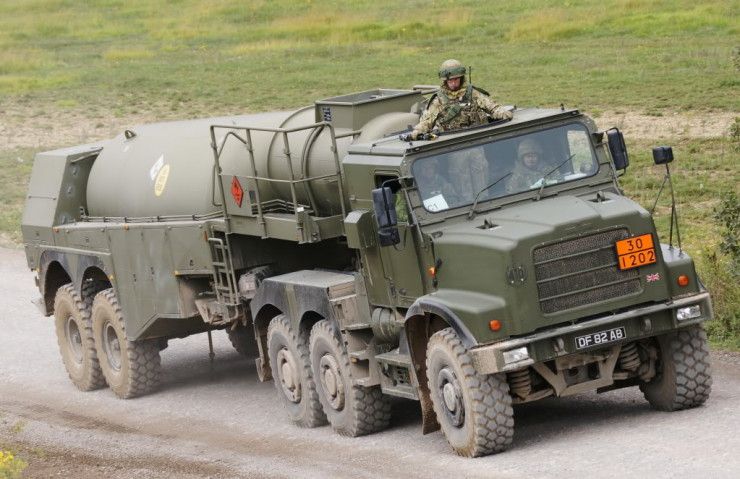 That said, in WW2 at least, fuel tankers weren’t always available and having normal cargo trucks loaded with cans is certainly a flexible option. In the US Army of WW2 it was common to refuel from jerricans. There were quite literally tens of millions of jerricans in use.

In the Red Army it was a really mixed story. They had tankers on the ZiS-5/6 chassis but they also used barrels and jerricans. I have one photo of a BT tank refueling using buckets!

I read a book about the Soviet war in Afghanistan, and how fuel trucks were attacked.

But I was thinking about the irony of the Vietnamese invasion of Cambodia and how they were conventional forces facing guerillas. I thought of a depiction of a guerilla firing a rocket into a fuel truck there, but the only tanker vehicles I found were GAZ-66 oil tankers. Then again, the Vietnamese Army presumably had those at the time.

At least some militaries can also heli-lift in those big rubber bladders filled with fuel and make an instant gas station.

The Vietnamese army that invaded Cambodia also had large stocks of US equipment captured in 1975 at the end of that war. An M49 fuel tanker deuce and a half would be quite plausible.

True that. But I deliberately wanted to use a Soviet vehicle to make sure the viewer would know it was the 1980’s war and not the earlier one.

Some Vietnamese stars on the vehicle would make the nationality known quick enough. A lot of folks would be hard pressed to tell the difference between a green GAZ and a green M46 fuel truck. But the PAVN red circle yellow star says Uncle Ho.

Another option, depending on how much effort you want to put into it.

Vietnam did have GAZ-53 trucks in Cambodia. 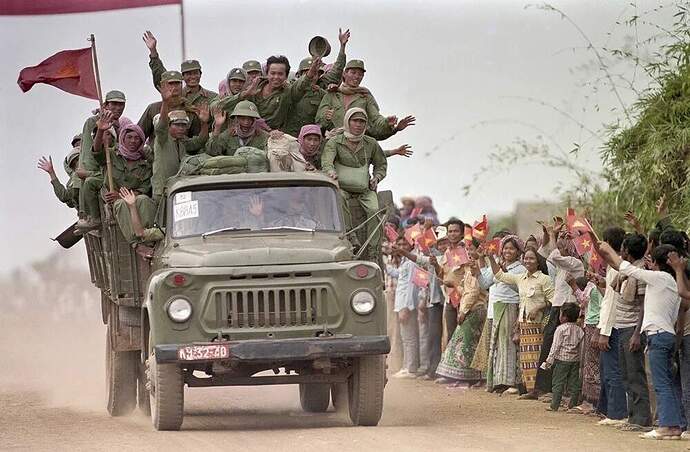 The GAZ-53 was also used as a fuel truck. 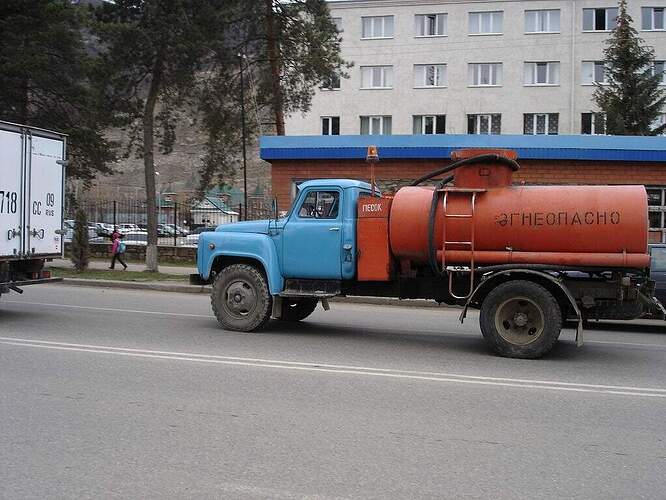 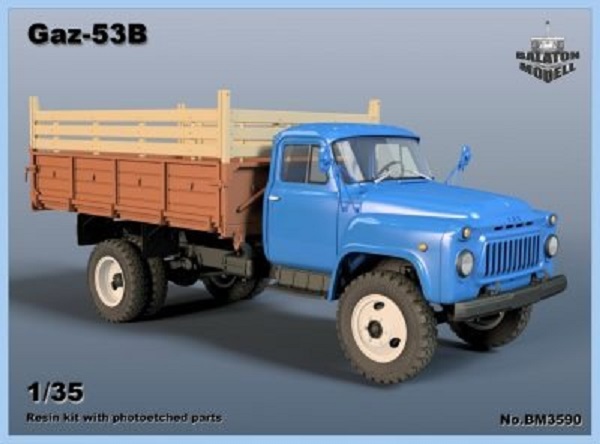 You could take the Balaton GAZ-53 and add a fuel tank to it from another 1/35 Soviet/Russian fuel truck (Trumpeter GAZ-66 Oil Truck?) and have a plausible vehicle used by Vietnam during the invasion/war with Cambodia.

A fuel truck would make a lovely explosion. But even if an oil tanker didn’t explode, at the very least it would make an awful mess.

Plastic flexible fuel bladders can be air lifted in too.

But even if an oil tanker didn’t explode, at the very least it would make an awful mess.

I don’t recall oil ever being at the field trains in a tanker. Nobody used that much at once. But 55 gallon drums of the weights needed were available for filling the jerry cans each vehicle carried. The 113 family needs 30 weight and 10 weight oils for different items such as the final drives, transmission, differential, etc.

Cool looking truck. Can we get that in 35th scale ?

The lower you get in the military hierarchy, the smaller the fuel transport would be. In the Dutch army there are 3 levels:
Divisional, large quantities: 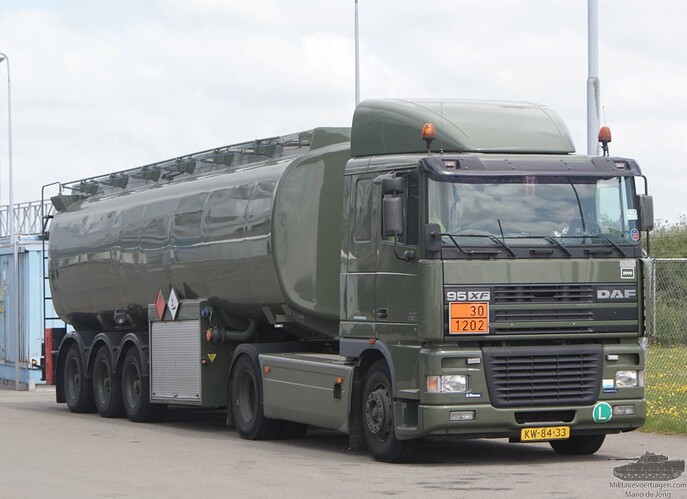 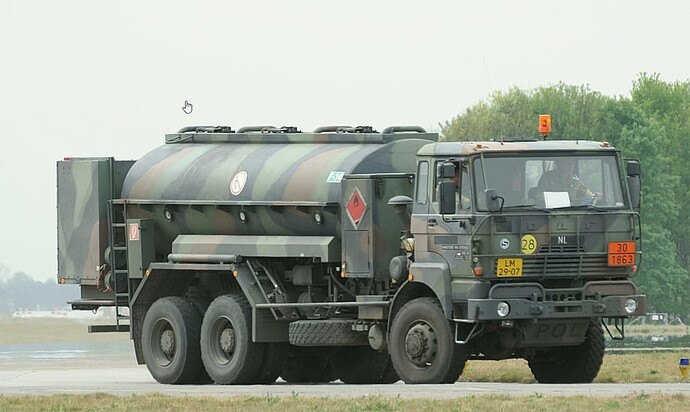 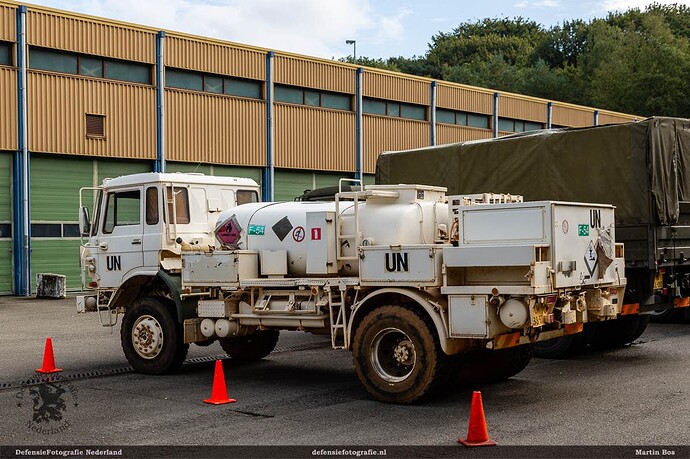 Nowadays there are also rack mounted fuel tanks, with or without pumping unit: 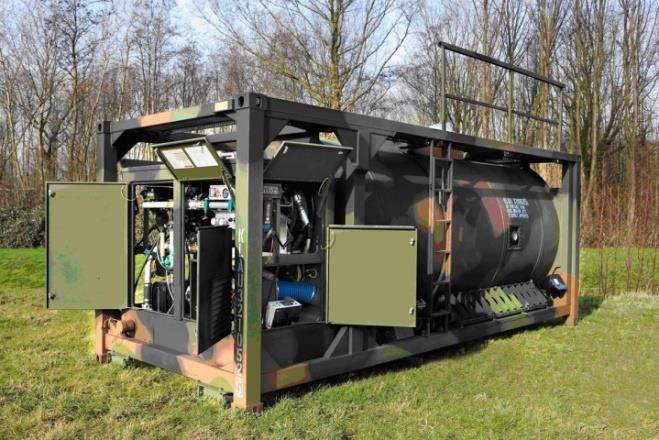 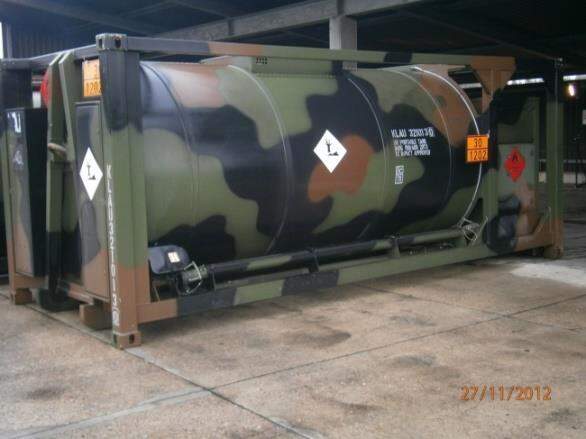 Good discussion here but honestly when the thread started i thought we would be talking WWII supply tactics. The pipeline across the Channel and the distribution system used in Europe by the advancing Armies.
That is quite a story in itself.