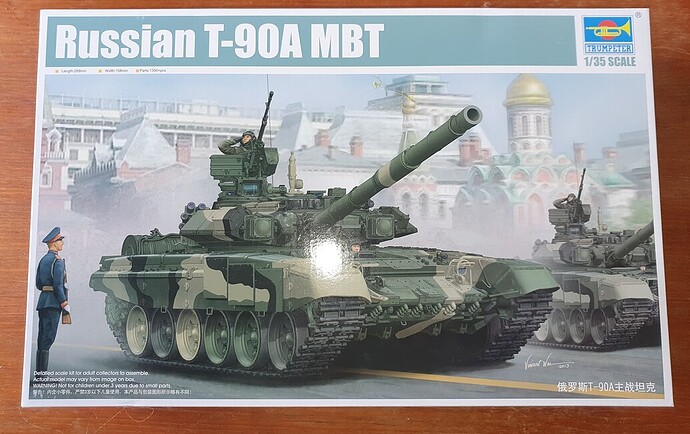 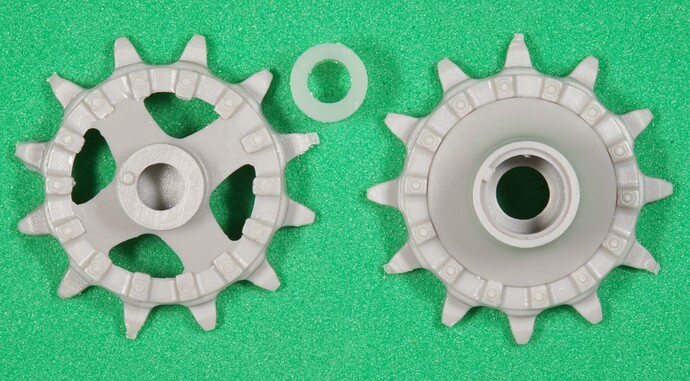 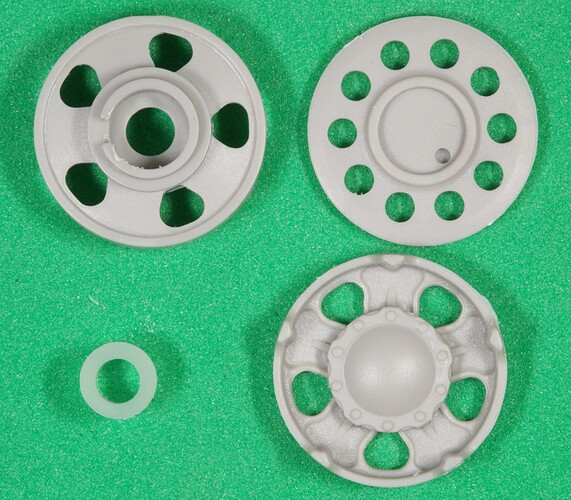 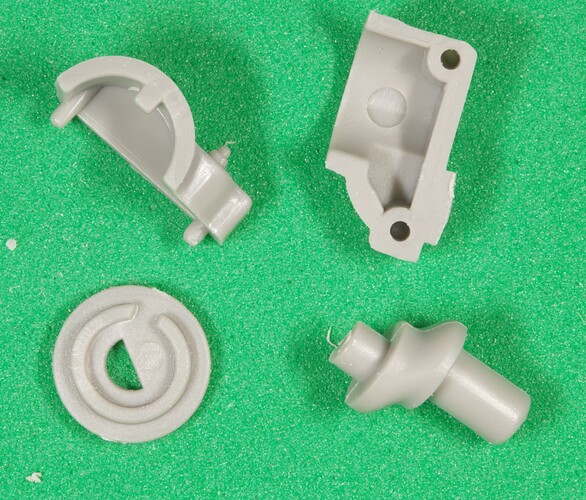 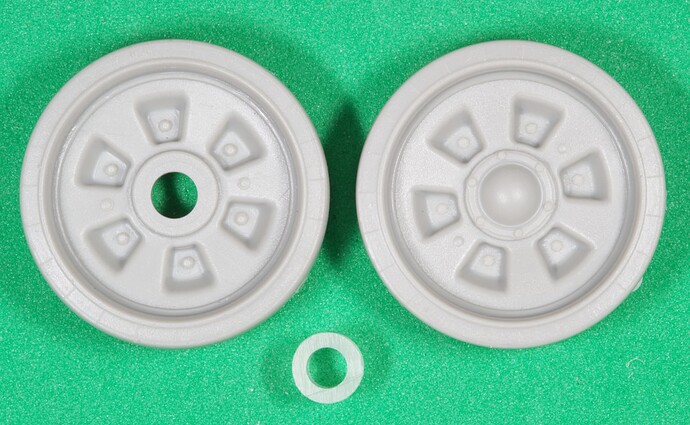 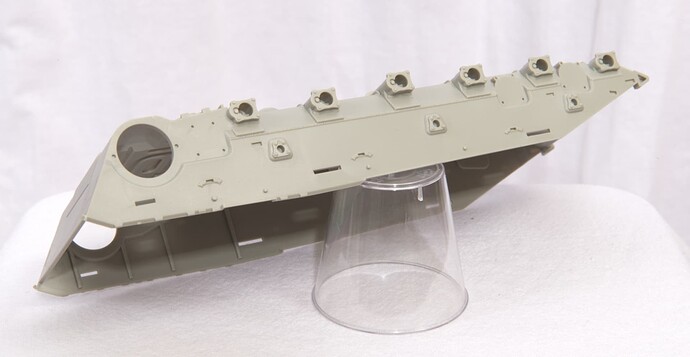 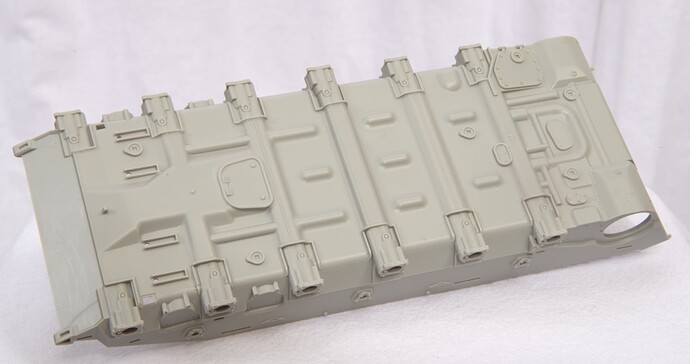 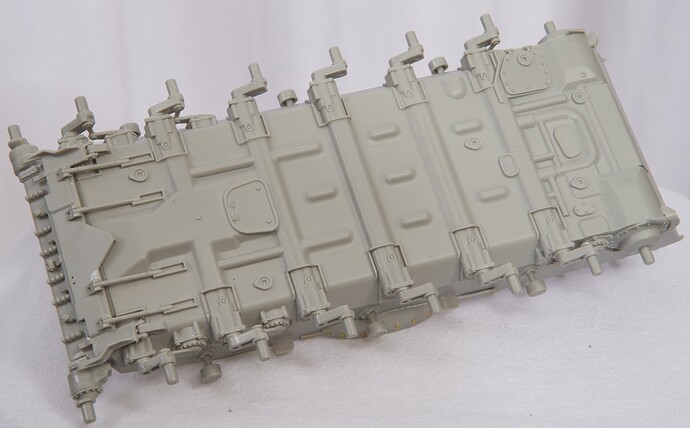 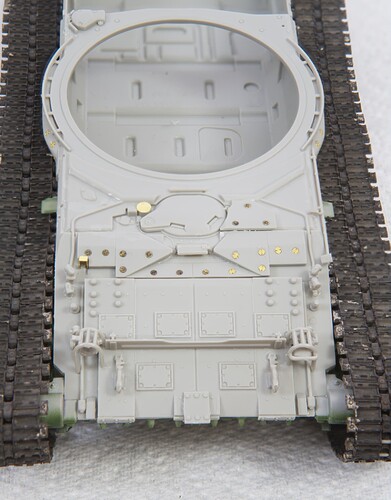 0121603×2048 191 KB
The seam line on the drums is a PITA to remove. Tried out Infini sanding tools where the abrasive is on a self adhesive backing and is cut to size. 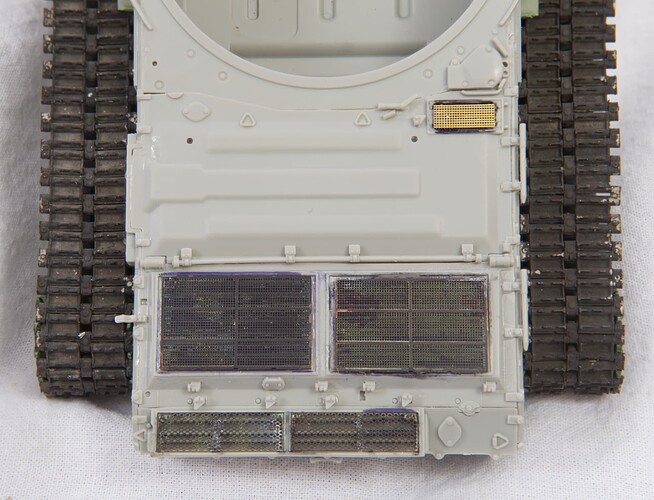 0151920×792 120 KB
The turret builds up in layers until the base surface is mostly obscured.
With all the PE plus lots of parts the turret looks very busy when finished. 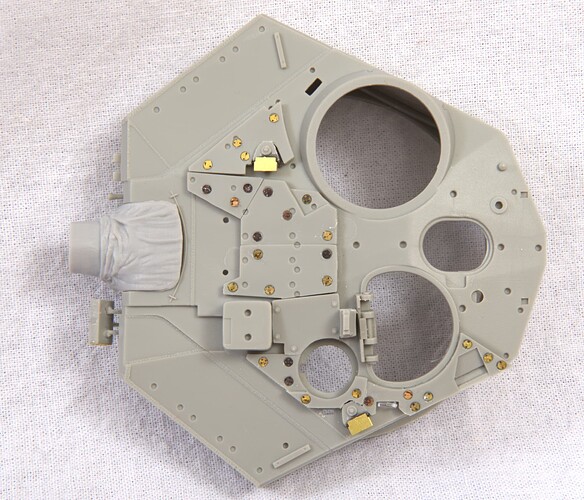 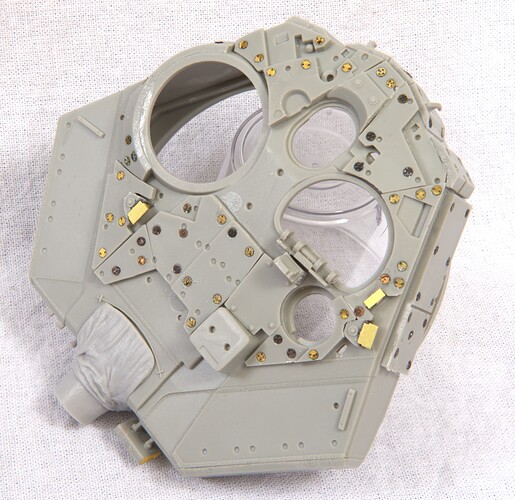 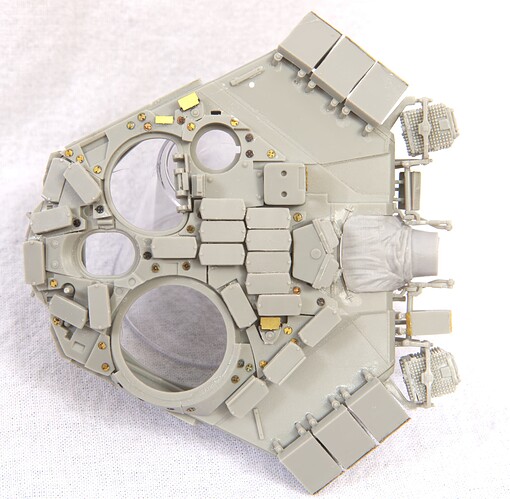 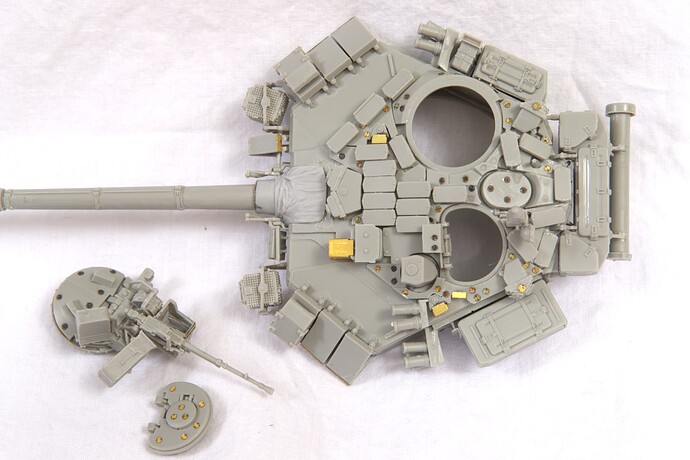 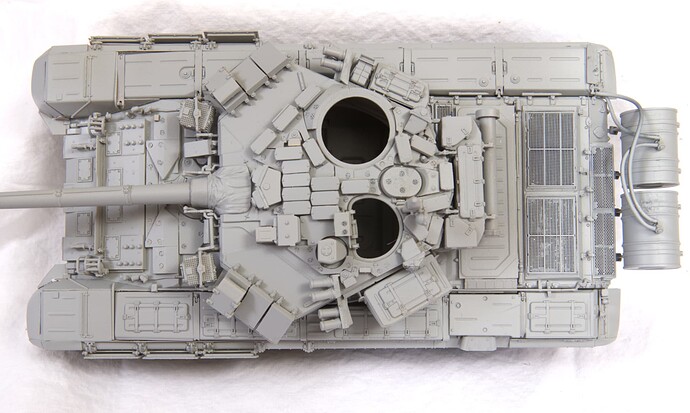 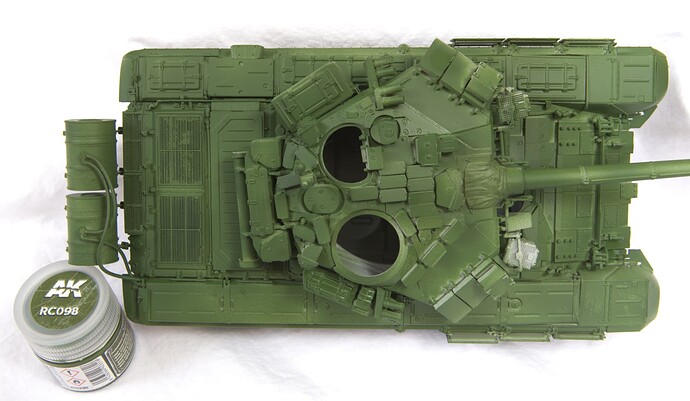 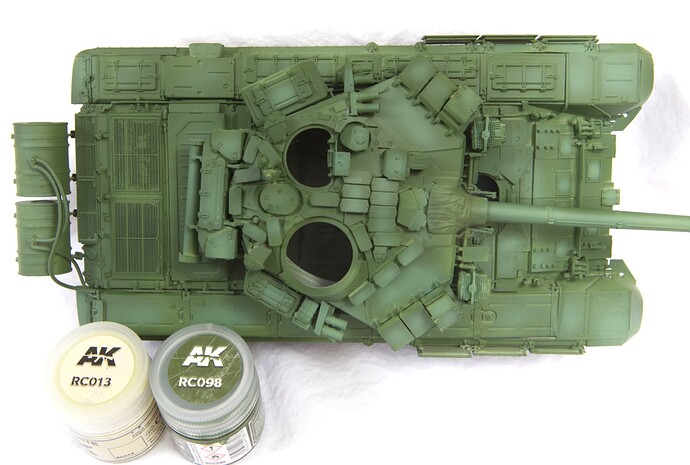 Nice progress. looks like a good kit ? any issues with it apart from the external fuel tanks ? I like the paint as well. The faded/highlighted areas continue to make it look and feel like a used tank.

“looks like a good kit ? any issues with it apart from the external fuel tanks ?”
Yes not bad. Some minor flash but on the other hand it was released nearly ten years ago.
Fit was mostly very good, there are some mistakes in the instructions and a couple of things Trumpeter have not sorted out.
For example during construction one assembly asks for a part from sprue C then later on the same part is clled for and there is only one sprue and one part with that number!

I believe the small PE discs are the fasteners for the anti radiation shielding/cladding which is added to the turret. 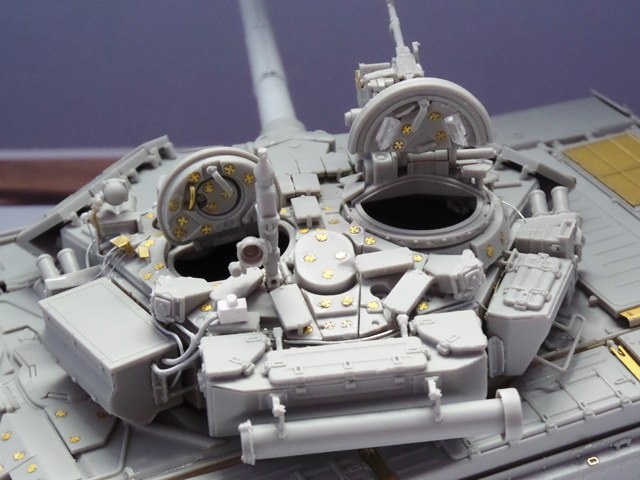 Thanks I would never have guessed that in a million years!

The seam line on the drums is a PITA to remove. Tried out Infini sanding tools where the abrasive is on a self adhesive backing and is cut to size.

Sorry to tell you, but it has been wasted time…

In any case, nice work. You have a good base.

Thanks and for the pictures

But I bet if it was in a competition the “experts” would mark it down for daring to have a seam. Got to admit I got rid of the seams on my T90 build.

but it has been wasted time…

To be fair, while there is a seam it’s not in the same location. Technically you still have to remove that one and add another. Here is where the design team could have possibly rotated the part and the modeler would only have to fix the bottom side near the hull if they where that concerned with it. Win, win for everyone.

As for a contest yes some probably would, I would have mentioned it in the write up and provided that photo as away to help the judges, doesn’t guarantee they will use or remember but you did what you can control.

This is where I have got to today.
Got the oil paints out for some post shading.
Turret MG painted.
Next its pigments time with lots of different earth tones.
The wheels are shiny because the thinners for the was is still wet. 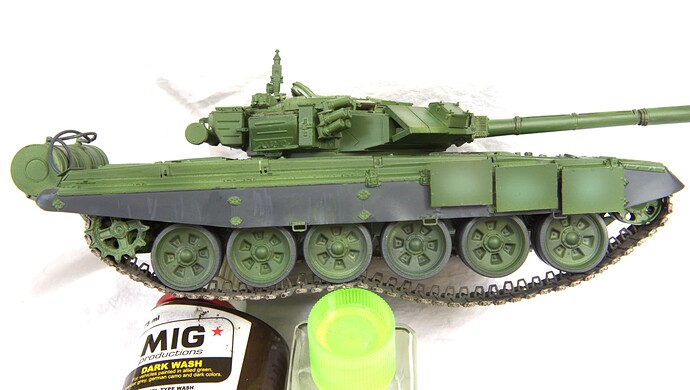 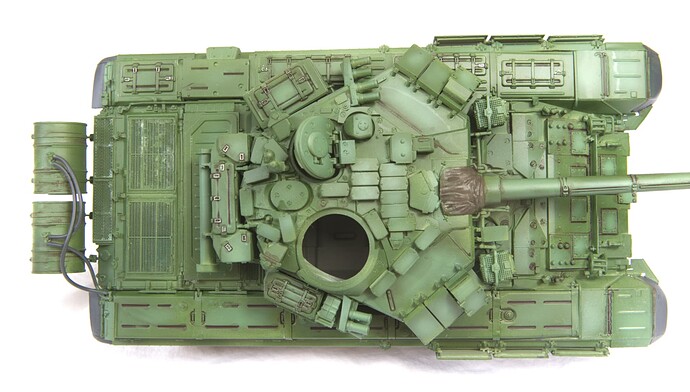 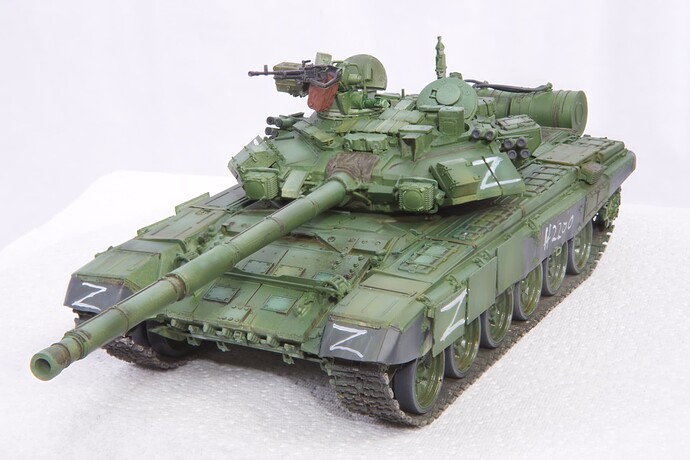 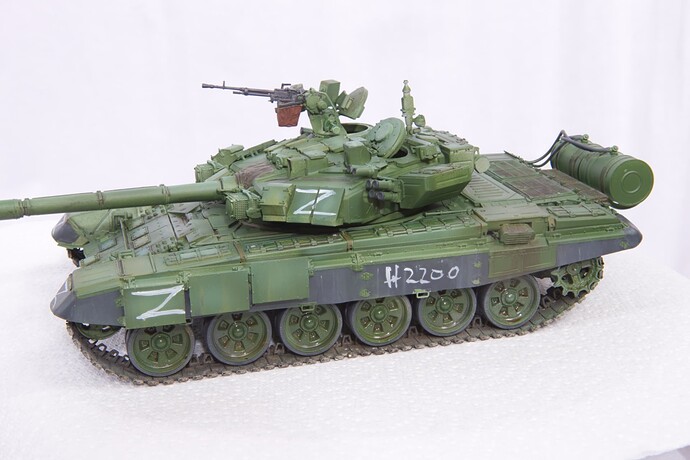 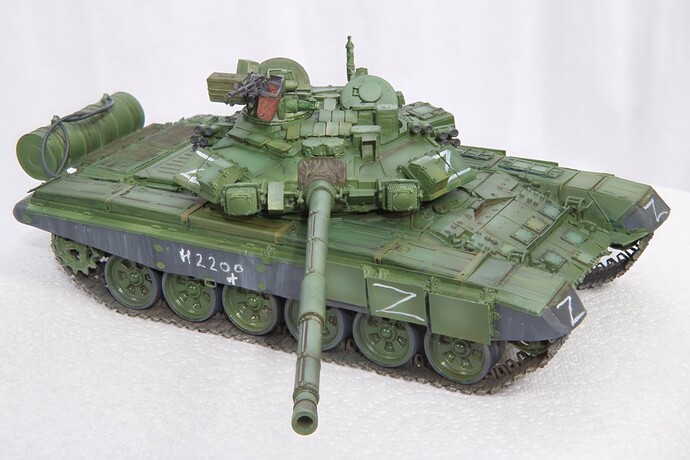 You have really cracked that one one Colin. It looks great. Wonderful shading and colour variations. Nice markings as well

Thanks John.
It’s the part of the model making process I enjoy the most.

Hah! I am so glad you posted these - I can relax a little now over my Soviet collection. Just what I needed. I had no idea.

Excellent T-90 there- I really like the color you’ve done on it and the markings look ace.

It looks weird with the turret still on the hull.

Gorgeous model! At some point, I hope to see some modeler build a T90 with a cherry bomb where the autoloader is and film it becoming a lollipop!

Tim @Dioramartin I believe that is a direct challenge to you

Hmm I’m a long way from targeting modern MBTs, this oldie will have to do & it’s high time someone else had a go… 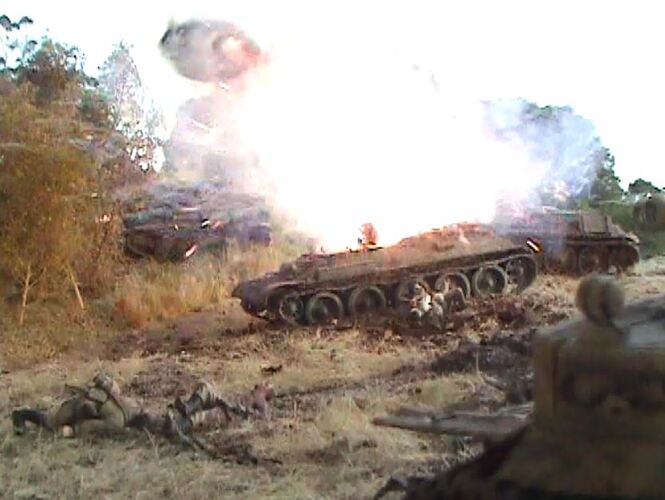 At some point, I hope to see some modeler build a T90 with a cherry bomb where the autoloader is and film it becoming a lollipop!

Lee the full frame sequence is in post # 1564 in the Modelling armour in Ukraine crisis thread. I must have deleted the original video, back then (2016) I didn’t know how to copy a slightly slomo’d version, in real-time it just looked hilarious

Final pictures otherwise I am going to screw it up. 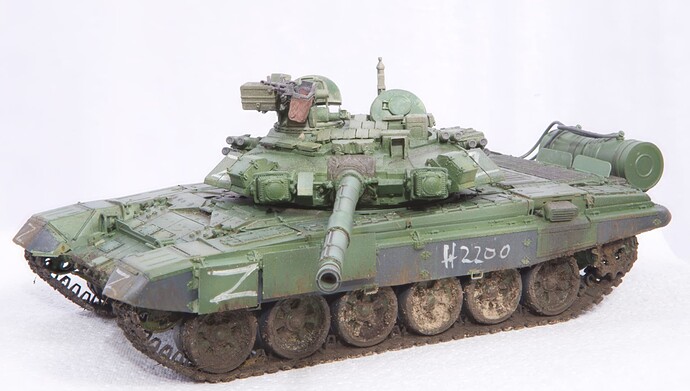 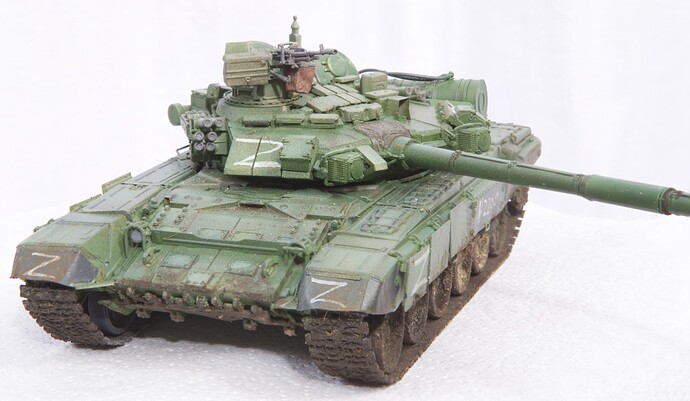 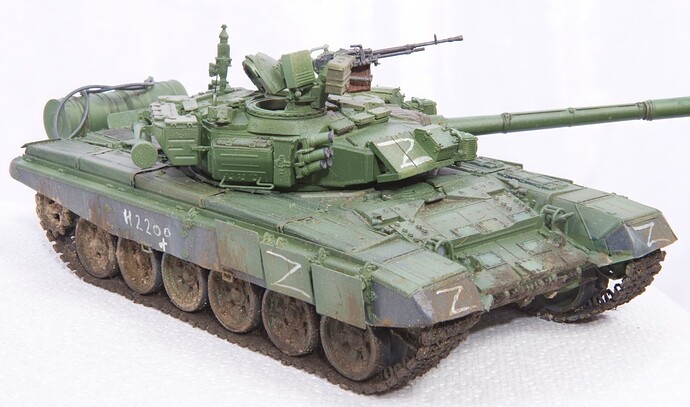 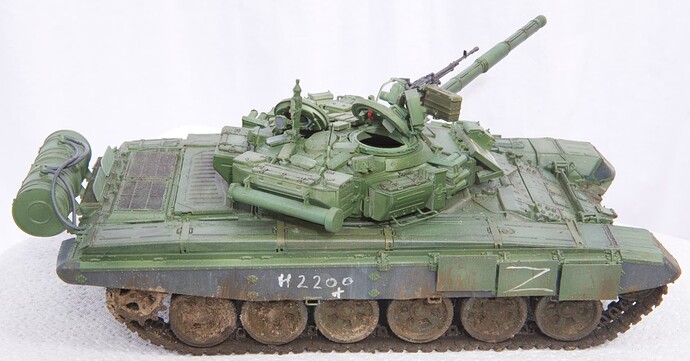 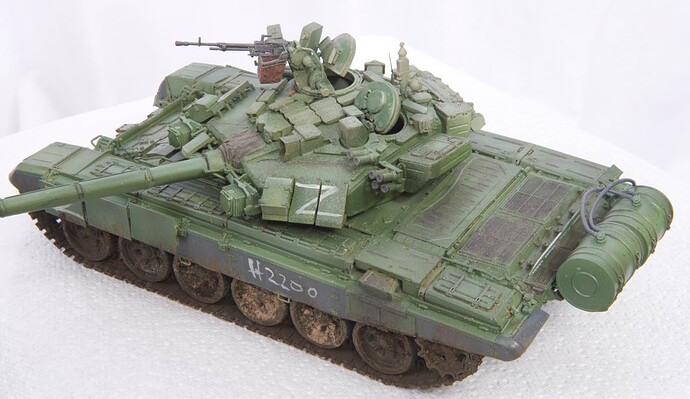