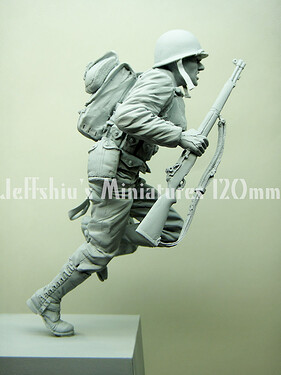 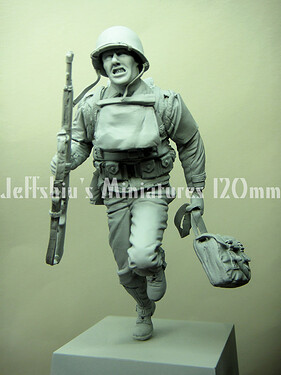 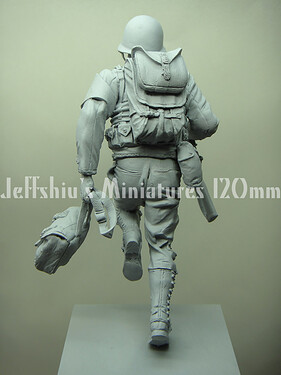 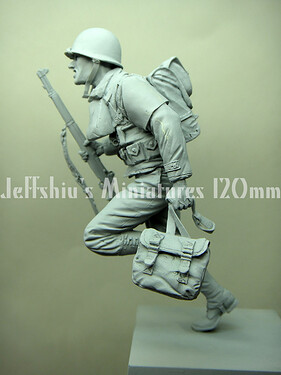 This is a beautiful figure. Love to have one, but my figure painting skills are somewhere between miserable and horrible.

I don’t like to be critical of other folks work, but there is one glaring error in the figure, but you have had to have been a Twenty Niner, or the error would never occur to anyone, model maker or modeler.

The chin strap on the helmet is not fastened. That was a major no-no in the Blue and Gray Division, which could get anyone a fairly hefty (for its day) fine if you were caught. To the best of my knowledge the practice started in World War I, It continued in World War II, and was still in force when the division was inactivated in the late 1960’s

It’s easy enough to find folks without the strap secured in the 29th. The barrel of the M1 doesn’t protrude out above the gas cylinder like it should. DML made this same mistake in 1/35th, a minor thing, but it makes the rifle wrong.
Regards, Bob