This is the first book from TP Aviation from the series called Rotor Books, and their first publication is dedicated to the UH-60 Blackhawk. 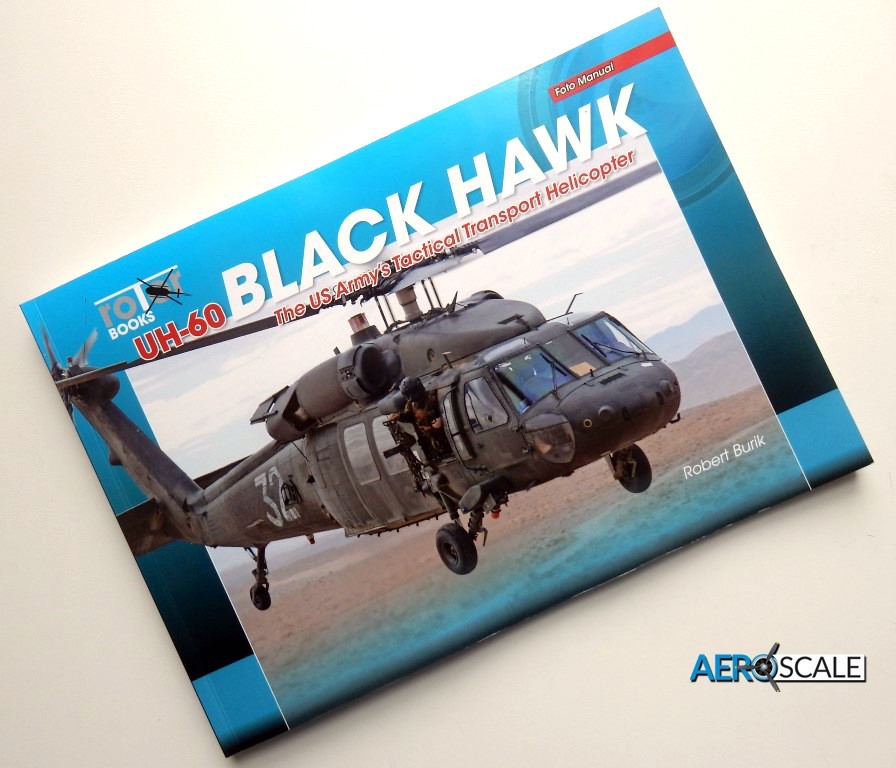 This is a great book. Bob has done an excellent job on it. He shows each type and specific details for each. Very nice.

I try to accomplish two main objectives when I do my photo-history books. 1) Provide the needed and expected walk-around photos. 2) In-the-field photos to show how the subject gets worn and dirty, and how the soldiers live with the equipment. And in both I try to capture parts of the vehicles/aircraft not covered in other books. So in this book, you won’t just see the expected basic look airframe. Aircraft get dirty too. Oil and fuel stains mostly, and some build up of dust and grime (the cover photo is a good example). But also the faded and splotchy look of the paint.

There is a huge gap in the coverage of the Black Hawk over the years. Basically, 20 years have passed since the last good coverage. Since then the Mike has come along, and the HH-60M that goes with it. Then all the upgrades of the Lima and Alpha. I did not want to ignore the original Alpha, so I had to rely on archival coverage of the Alpha. Archival photos do not really cover what we want - and what kind of photos I can take nowadays, but the original Alpha is too important to at least not cover in some way. That chapter at least gives a good introduction to the UH-60 and the basics of the aircraft.

Another thing I tried to capture for the reader was the nomenclature and slang the crews use - it provides more of an interesting read I think.

I am working on a follow up book now on the Combat Aviation Brigade of the US Army - to cover the current aircraft types in the CAB.

Any reference to RAAF Blackhawks?

No. All US Black Hawks.

Thanks, all the basics and real details for RAAF versions should be the same as the US versions, tho we do tend to think we are special and know better here in Oz and ask for changes to equipment that was already good enough off the shelf. Not sure what we asked for to be changed with the Blackhawk. I’ll add it to my long list of look into’s.

The linked samples from your book look awesome in their detail and coverage.

I got the book in the mail today. Really amazing! This book makes it easy to build a realistic Blackhawk model.
Thank you very much Robert Burik, also for your HEMTT book.