Here we take a look at two of the 3D printed figures from FC Model Trend in the form of 'UK Infantry WW2 Set 2'. 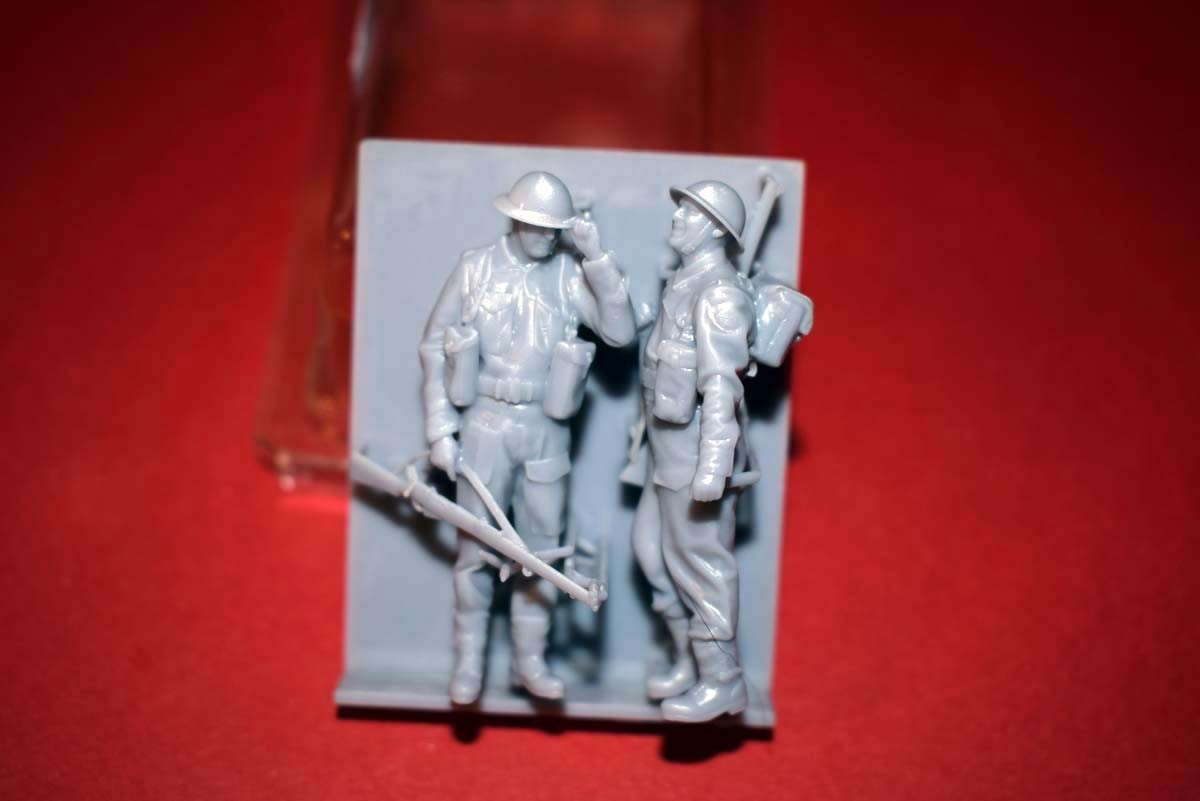 Is it just me that sees a rifle hanging impossibly upside down?

It is in fact impossible to carry the rifly by the sling as depicted; the sling swivels do not rotate so gravity would reassert itself and the rifle should be shown the other way up!

A bit indistinct to ascertain some details but nice to see the buckles on the sides of the Small Pack. If set as 1944, one would expect to see the entrenching tool in its carrier. Ditto the bayonet frog (and bayonet) on the LH side. Again, if in 1944, the rifle was in the process of being replaced by a newer model.

'Not too sure why dyslexia is beginning to kick in just now, but in the first line of my earlier post, “rifly” should read “rifle”. Mea culpa!

They look pretty nice although it’s difficult to tell with the first few photos due to the shine on the figures and the last few photos with the dull coat (?) on them aren’t great either.

Upside down would make sense. To me it looks right side up (look at the bolt handle) despite it being held by the sling which is attached to the underside. The rifle should have flipped to upside down in that circumstance.

Which time period and location are these figures good for as they come printed, perhaps Italy?