Another one from the lockdown period, December 2020
Almost straight from the box, the original head disappeared in the bit box.
Using a spear head from another Young Bust, painted in acrylics 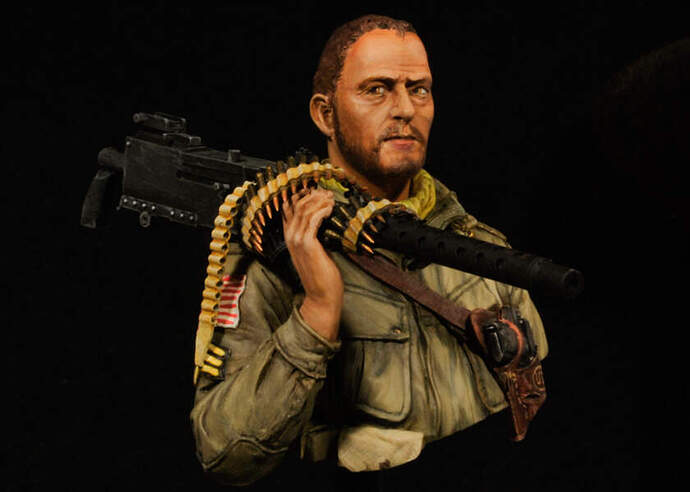 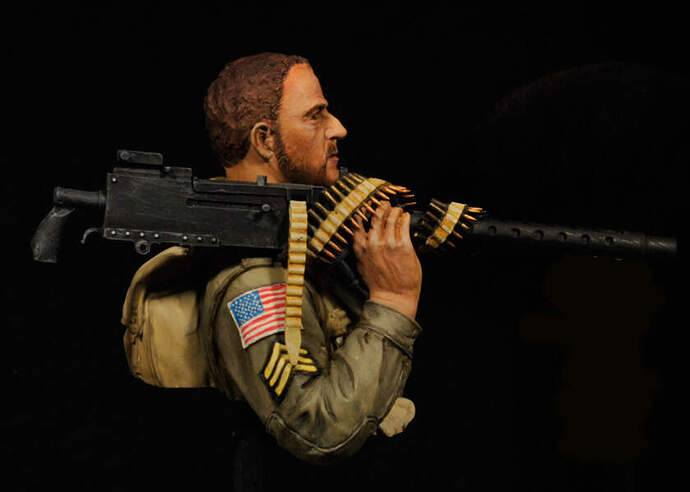 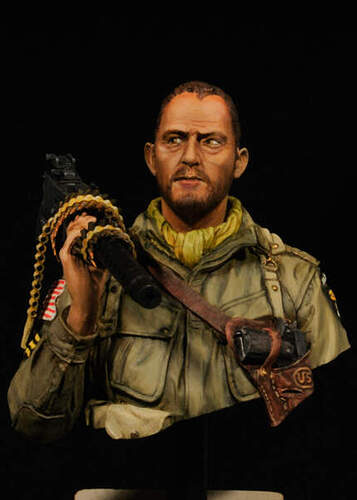 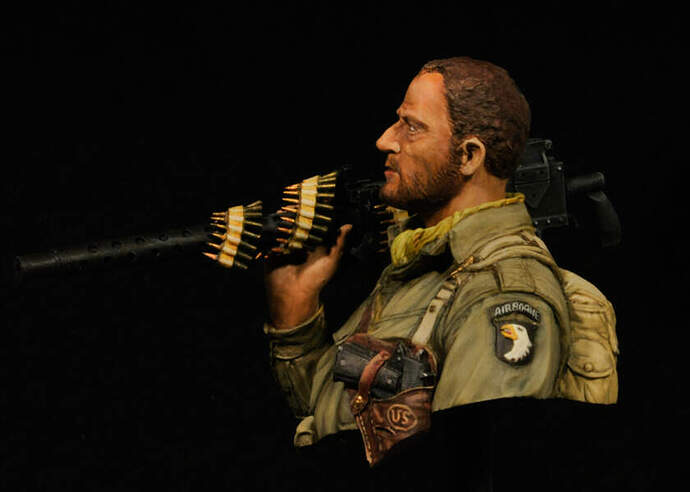 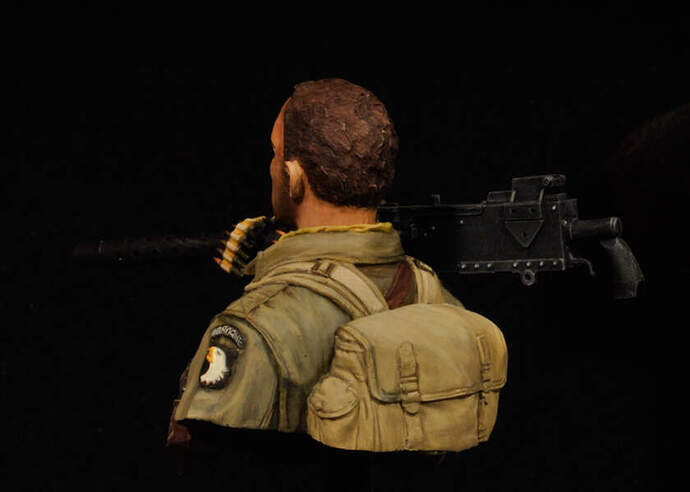 I have to keep saying it Jan, your figure painting really is superb. The skin tones, eyes and facial hair are done to perfection. Brilliant.

Really nice! What do you use for the copper on the bullets? I’ve been looking for a good copper for a while! Yours looks superb

I love it. The flesh tones are top notch, as is the leather treatment on the holster.
The only thing I would change is the AIRBORNE lettering. It should be yellow rather than white. White did appear on one version of the patch, but it was post war.

The thing you can’t change is that whichever company produced that figure dropped the ball. If it is to represent a trooper from Normandy the 101st did not wear American flags - the 82nd did.

If he represents a trooper from Market Garden the uniform is not correct. He’s wearing the M1942 jacket as opposed to the M1943. The pockets are distinctly different. He could be one of the few who retained the older M1942 jacket, but then the flag is still incorrect. The 101st did wear them for Market Garden, but not sewn onto the jacket. They were attached to oilcloth brassards which they could easily remove.

Not your fault of course. Few companies in resin or plastic ever get the uniform correct. Still all in all one hell of a fine job.

Thanks for the explanation, the airborne lettering i gonna change for the rest it will be a risk that I can start all over again. Maybe the next figure, for sure I gonna ask this forum for advise.

For the copper, I started with a mix of gold and a small bit of a reddish brown as base.
After properly drying bringing on some washes with red/brown and brown.