US paratroopers riding a Sherman tank 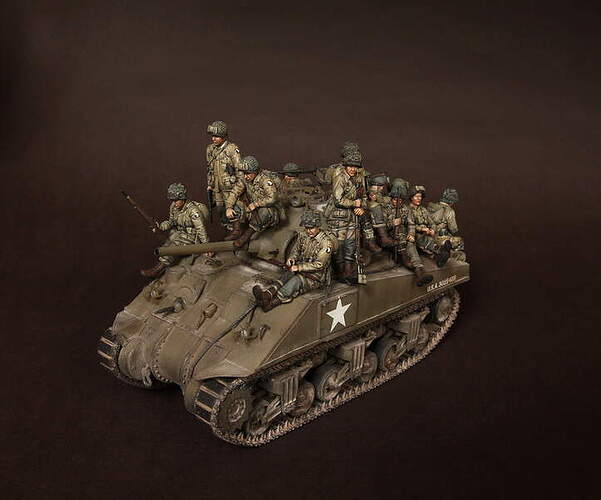 Hello everyone, I just wanted to make sure that these troopers are D-Day troopers, and not Market Garden troopers? 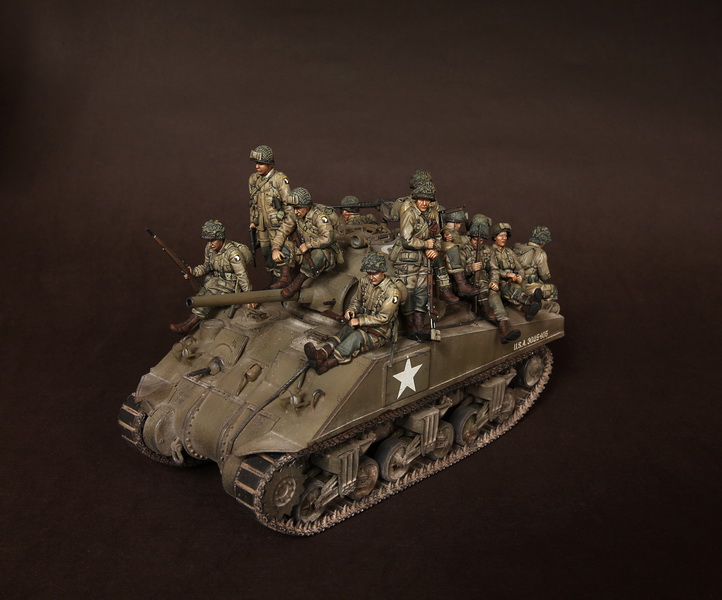 Soga Miniatures released a huge batch of US Army Airborne figures depicted riding on Sherman tank. Check it out, the figures are very impressive!

Thank you in advance.

I believe these figures may depict a scene from “Band of Brothers” during Market Garden. The scene is the one where one trooper hands a carton of rations to a woman standing on the roadside holding a baby. Hope this helps. Dave

Thank you to you both, I thought they were Normandy paratroopers but was not 100% sure.

You’re welcome.
The M-1942 uniform was made out of a khaki olive fabric, had bellows rounded corner pockets with snap press studs for closure, and were modified by riggers prior to the Normandy jump with reinforcement patches and the elbows and knees, as well as tie down straps around the thighs. They were issued only to the parachute qualified units.
The M-1943 uniform was a general issue item in Olive Green color cloth with squared off packets that had button close flaps. The riggers added the thigh cargo pockets and tie down straps, but no knee or elbow reinforcements.

Thanks Bravo, I did not know that. I looked at some still pictures from BoB and even The Longest Day, and yes only the 82nd troopers have the flag sewn on. Do you know why the 101st never used them?

On D-Day they generally wore gas detection brassards on their right shoulders, another feature missing from most 101st figures.

How do these figures compare to the Master Box set that is similar?
Jesse

Do you know why the 101st never used them? I think the detail is very soft on these though.

So are these the M1943 uniforms you were talking about? Would these guys be for Holland? 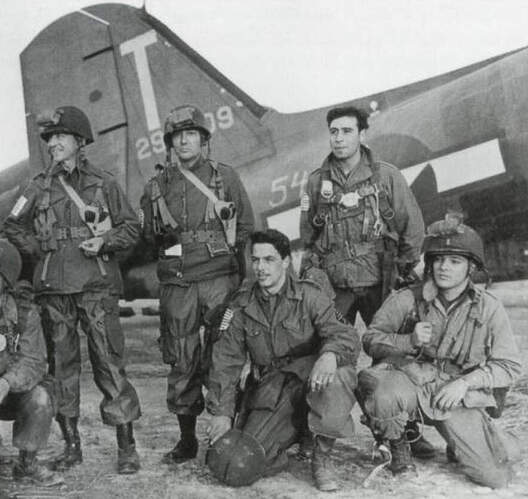