I began this build back in July 2021 for the Tin Can Sailors Campaign, but I didn’t finish the build for the Campaign (obviously). So, here is a quick recap of events:

I began with the 1/700 Skywave/PitRoad USS Callaghan DD-792 and the Tom’s Modelworks US Destroyer P/E set: 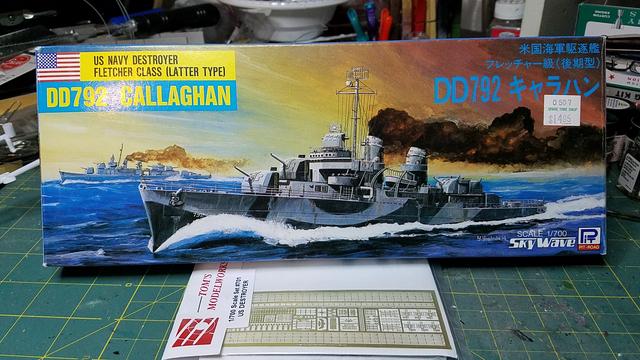 With the intent of building the USS The Sullivans DD-537 in her Measure 22 (1945) scheme. Mostly because I though it looked cool. The paints I decided to use were Tamiya USN Navy Blue AS-8 & Tamiya Light Ghost Grey AS-26 (close enough to Haze Grey 5-H for me). 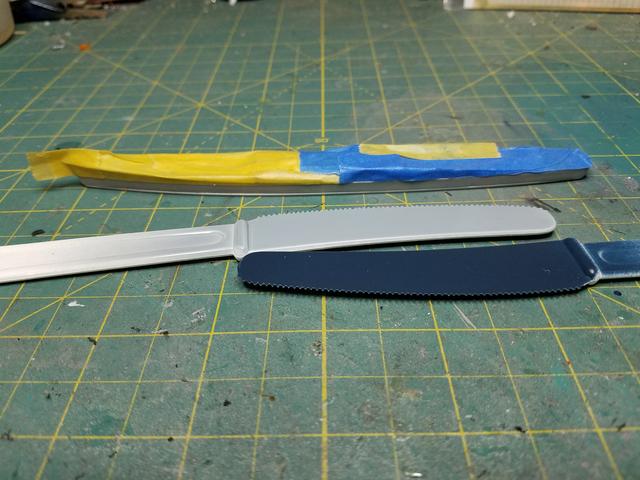 Well, I progressed along with the build & the P/E, and I thought it was coming along quite nicely:
Mk37 Fire Control System 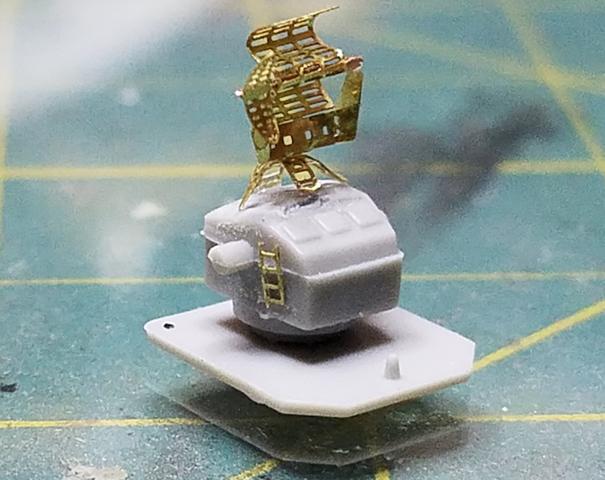 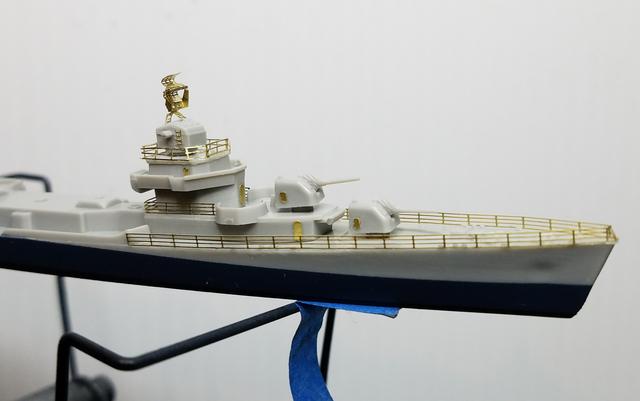 20mm Oerlikons. Forward Superstructure is kind of sloppy. This is harder that it looks! 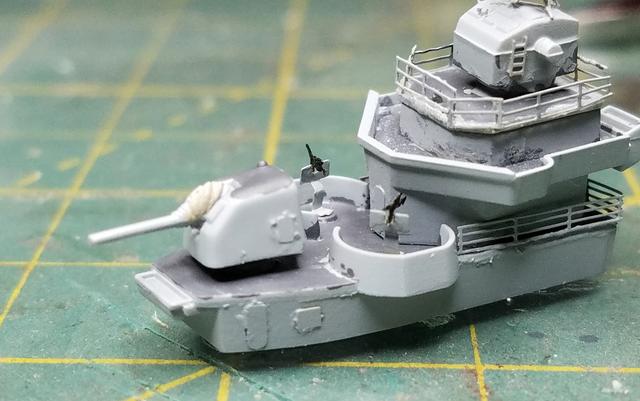 Somewhere around this time, further research & discussions with ship modelers who know WAY more about Fletcher-class destroyers that I do, I decided to change the build from The Sullivans to the Erben because I could not modify the kit to correctly portray The Sullivans in her 1945 fit. Maybe someone else could, but I can’t. 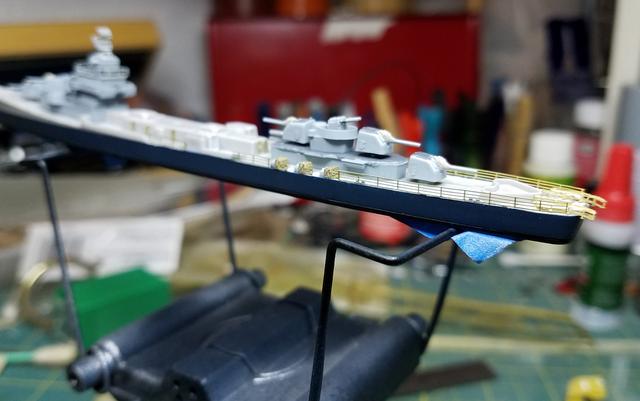 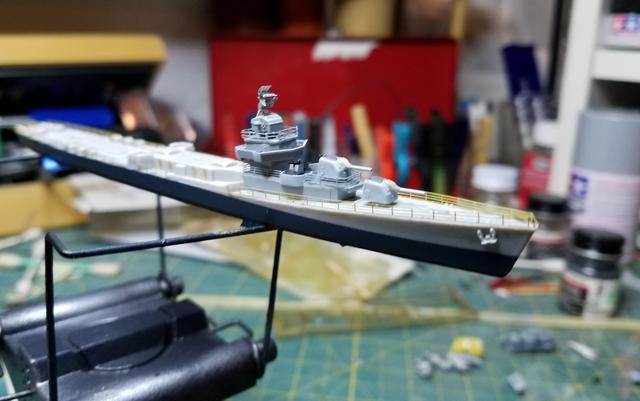 And here is where it all went sideways. Right after I took that photo, the bow rails popped off. I reglued them. They popped off again. I must have fought those rails for over an hour, and at the end of it I had to concede defeat. The rails were just not going to stay on the bow, and I was at risk of this build becoming a complete glue-bomb. So, I took the rails off the rest of the ship; and managed to mangle the Mk37 Fire Control System along the way (twice). 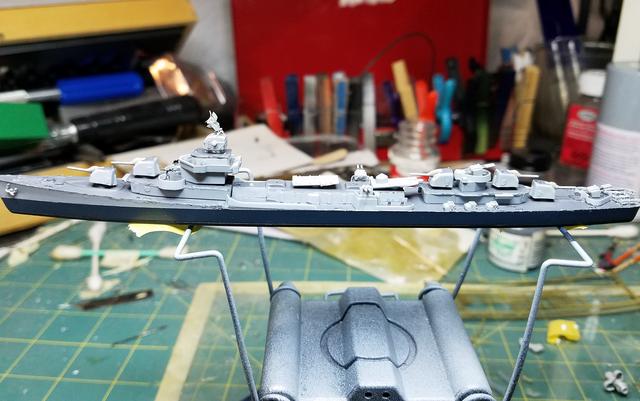 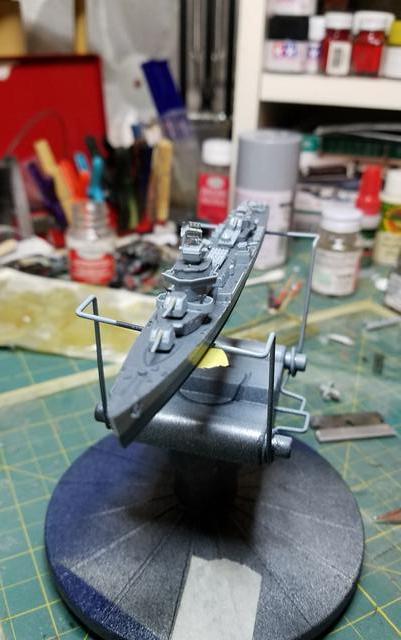 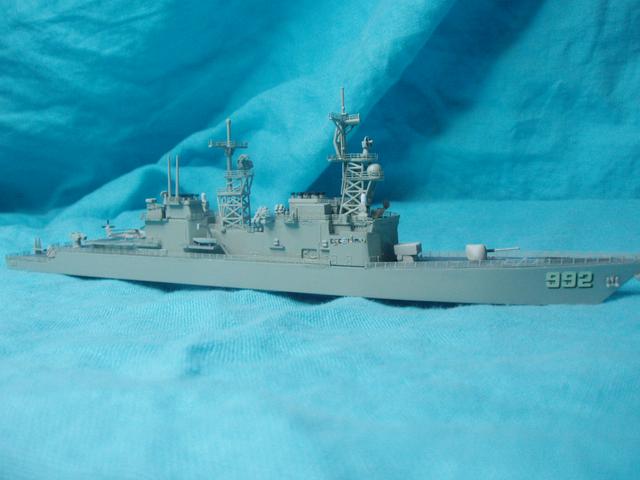 From the Arii kit with Flagship Models P/E & JAG Collective ASROC launcher. I don’t remember the Fletcher being so difficult.

Hmmm…“Deja vu”! I just read something just like it on The Ship Model Forum!