I’ve decided to join the Lost to the Deep campaign. I was originally going to build the Indianapolis but I’ve never built a ship and decided that the Indy was too big of a ship to get my feet wet on.

So I decided to build Trumpeters 1/350 USS England. Two issues, I find Measure 21 decidedly boring, and the England wasn’t lost to the deep. So I’ve decided to build the England kit as DE-682 USS Underhill which was sunk by a kamikaze torpedo on July 24th, 1945. This also allows me to do the much more interesting to me dazzzle camo:

The base kit will be the england kit from trumpeter and will be enhanced with the WEM photo etch set, and Infini models oerlikons. I won’t be able to start for a week or so, but starting this thread as a staging ground.

I was reading up on Underhill and it says she was refit by having her torpedo tubes removed and having 40 mm bofors added. And that two additional 20 mm oerlikons were added to the fantail. I think the England kit a already has the two fan tail 20mm

And looking at the photo of underhill, there appears to be two extra splinter shields not present in the kit or photos of England. I think these are the bofors but I can’t tell if they are centered over where the torpedo tubes would be or if there would be an additional two on the other side. I also can’t tell if they are quad or twin bofors

Answered my own question, the 2 20 mm oerlikon in the England kit are the fan tail retro fit. This image of Buckley class USS Robert Paine seems to show 4 single 40 mm bofors. Looks like I have some scratch work ahead of me. 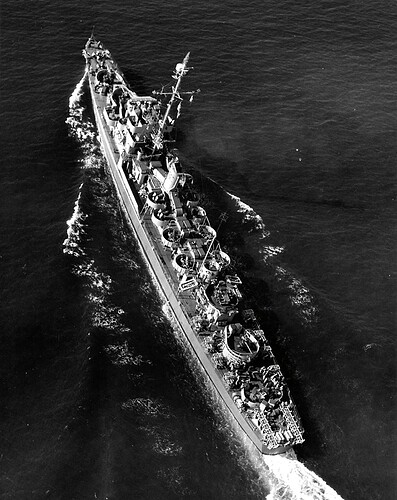