I have a question about the M113, on the cabin deck to the right of the TC’s cupola is a handle, presumably a lever, what is it’s function? Also curious about something I’ve seen in different photos of Nam AFV’s, some of the Jerry cans are painted red at the top, this designates what exactly? I’ve brought forward an M113 link from the old forum page to keep the subject line going . . . www.armorama.com/modules.php?op=modload&name=SquawkBox&file=index&req=viewtopic&topic_id=284483

On a side note, I finally sprayed the interior and (one side) of various interior parts of this AFV Club ACAV with Master Model “Pale Green” thinking this was interior green ( it looked lighter in the bottle I swear), this is NOT the correct color, looks like the Psycho Ward at Bellvue, my dad would have called it Pea green, I’ll post a picture of it later try not to gag

The red-topped fuel cans denote gasoline inside. Yellow tops denote diesel fuel. The red-topped ones were usually carried for gasoline generators as the M113A1 forward had/has a diesel engine.

The interior color is known as Seafoam Green. There is no model paint with that name that I know of. Various companies do make colors that are right, but called things like Sky-S (Tamiya), or Duck-Egg Blue, etc. There is also an exact match in a spray can by Krylon called Pistachio, it is what I always use. 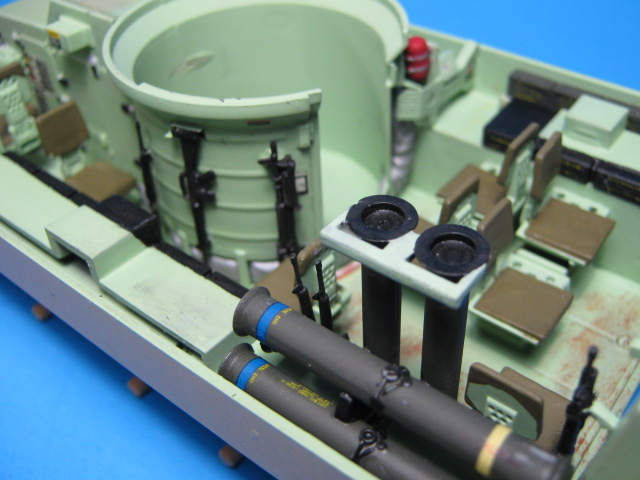 Thanks for the follow up, I would never have suspected the bar was a Travel lock for the .50, as far as the interior color I usually mix white with OD and keep on truckin’ but this time I wanted to go ahead and get enough to cover at least three afv’s, when I mix my own colors I run into problems if I have to go back and touch up.

AK Real Colors sells Seafoam Green (FS24533). The part number is RC078. These paints behave very much like Tamiya’s and can be mixed with them. Just don’t use the Tamiya X20A to thin them.

Well as promised here’s a before and after pic of the paint redo, not quite as light as I’d like but close enuff . . 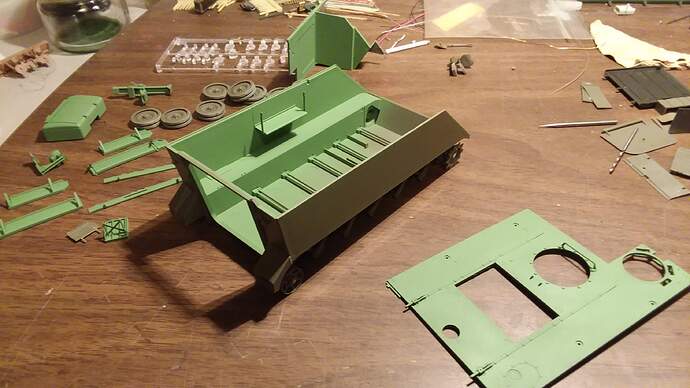 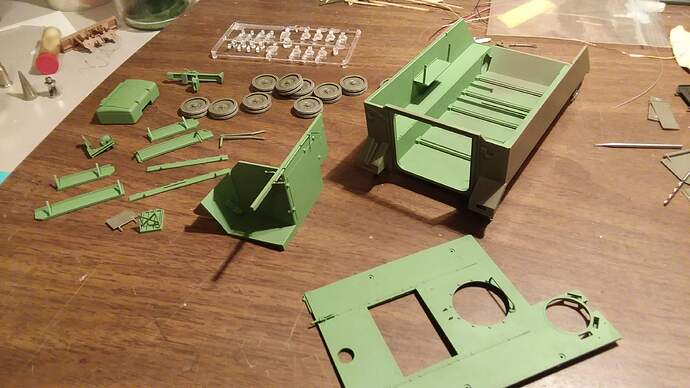 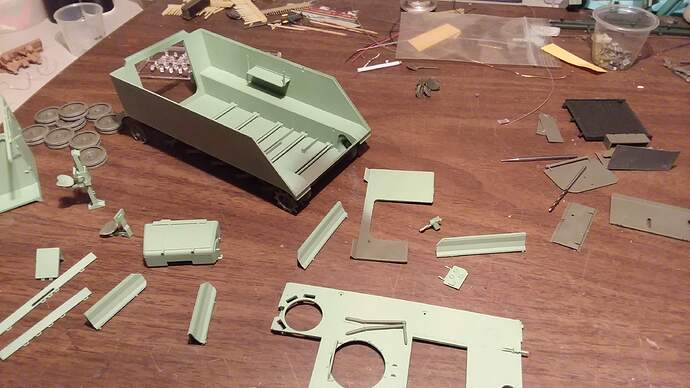 No, the bar to the right of the TC is to secure the engine deck when opened up and folded back so the pac can be pulled. There is no travel lock for the .50 cal. 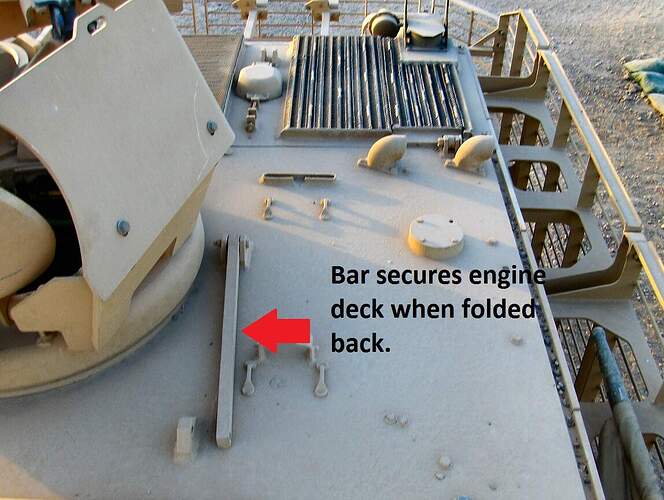 It’s not a travel lock.

Well that’s interesting, actually I always figured it was a lever to drop the ramp (kinda big for that task I guess).

The lever to drop the ramp is inside the track above the driver to his right.

What it can look like in action on a Tamiya M113: 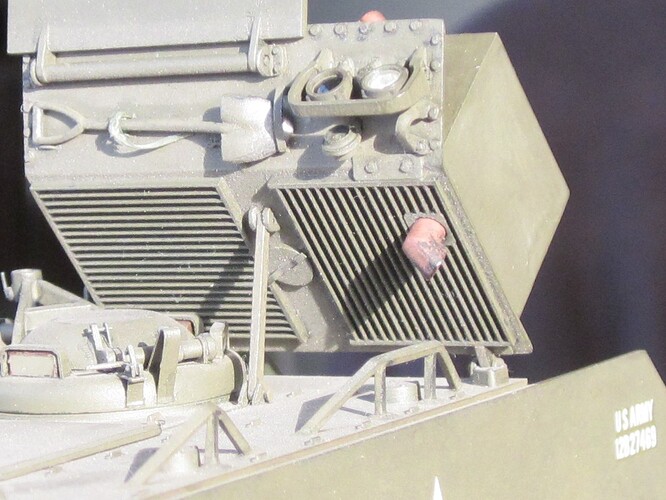 After studying @Beentheredonethat photo I understood the function better, seems unlikely the ACAV sheild would allow it clearance, in that case I suppose the raised assembly would simply rest on the sheild. Thanks for your post, visuals always tell the story better

No, forward of the coolant cap is a a piece the bar bolts to. The TC shields would be removed. It obvious you don’t know how much that armor weighs.

Absolutely no clearance with the gun facing forward:

but I believe there was enough when the cupola was rotated rearward.

Something not right about that gun and shield, looks wayyyy too low, even considering the engine deck is up