Has anyone ever come across any good pictures of the UH 1 “Firefly” ? I have a few captured from the WWW but none showing the mounting frame and electronic components . . . 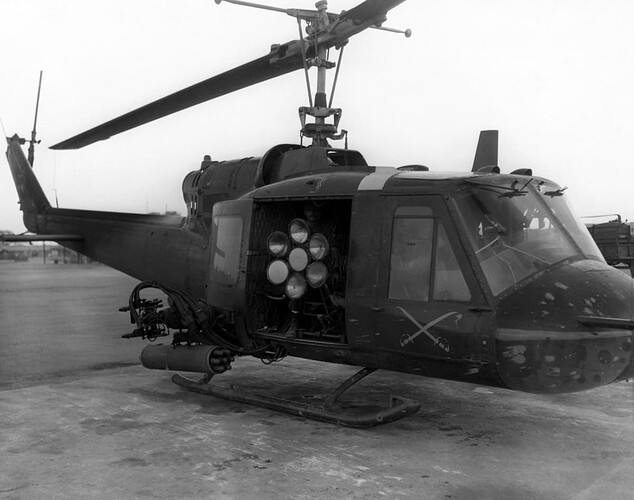 I’ve never seen any showing the mount well either. Most of these were made in the field by local mechanics, not from a prescribed kit. Because of this, probably any type mount is “accurate” compared to what we see.

A few options I have seen. 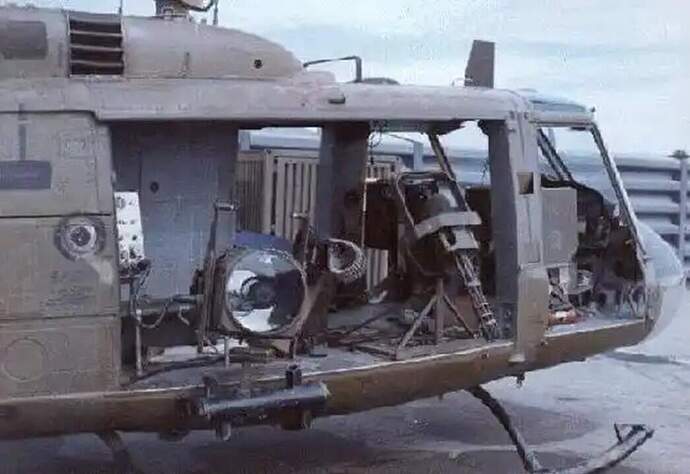 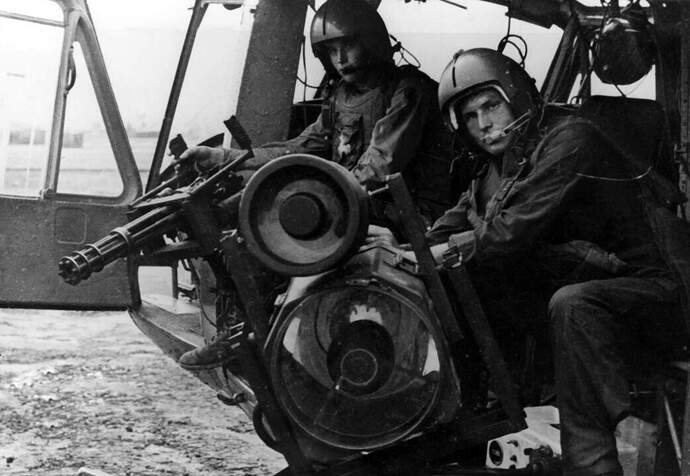 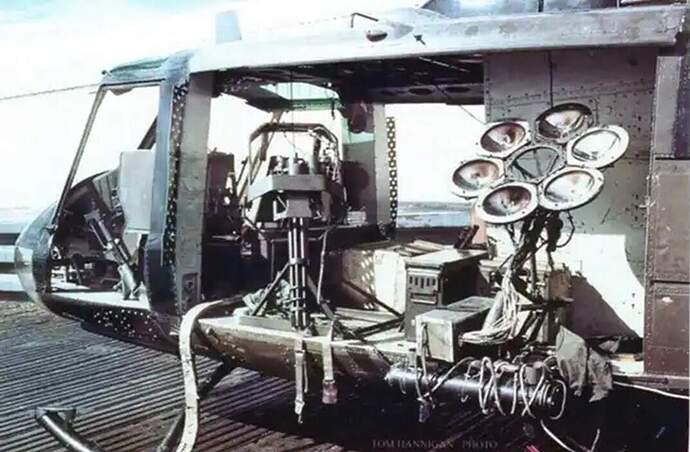 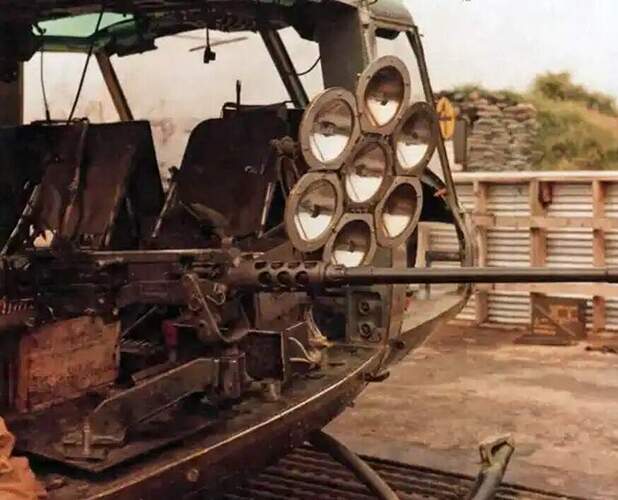 This is probably one of the most detailed I have seen. 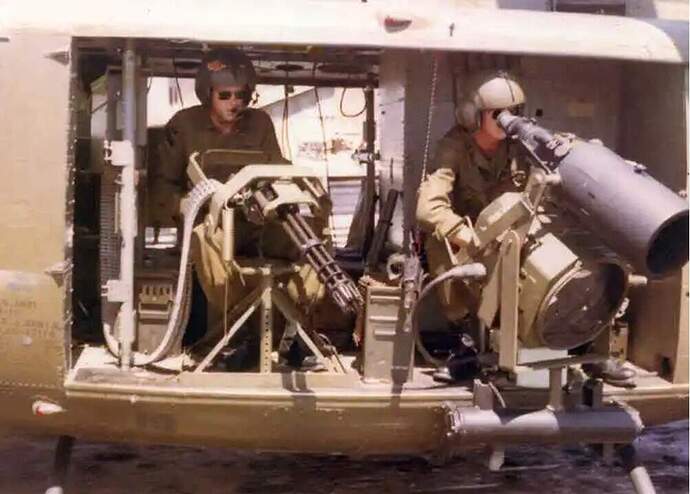 I never saw anything close to the photos, but did see a couple ships with a light mounted on the nose end. These choppers must be for base security, as the only folks who flew after dark were dust off’s.

That big starlight scope is really neat. They had one up on “hard rock five niner” that was ran by guys from the 198th Infantry.
gary

Here is more info on them. It is part way down the page, starts at paragraph 4.
http://northwestvets.com/spurs/firefly1.htm

And the more advanced INFANT system that they led to. It talks a little about the Fireflys before them too.

But the helicopters were past their prime

like I said before, when the sun set; you were on your own. AC47’s, AC119’s and later AC130’s were your night time friend. What they did do with choppers was to leave at first light (actually pre-sun up) and run the rice paddy dykes with hunter killer teams. Usually a slick with a gun ship about a half minute behind them. That way they’d catch the local VC on their way back home. Never saw them get a single person, but they were there.

Problem was that they used Hueys, and you heard them three or four minutes out. Plus flying at fifty to seventy mph meant you missed more than you ever thought was there. Later they went with a smaller quieter chopper (Loach) flying at fifty feet off the ground . Even then they only flew about twenty five klicks inland from Highway One. The real killer was the OV1 with side looking radar

You have to do the time frame to really get the picture. By June 68, the local VC was pretty much history, and the real main force were NVA and some Main Force VC that operated as a regiment. Add to this the VC and NVA learned they couldn’t carry on operations in day light. That’s where the term “working on the night shift” came from. If you were on the night shift you were in or near combat. If you found the enemy at night, you often hit him while he was logered up in the day time or caught him moving from one position to another after dark.
gary