Only the new imported or upgraded tank are painted with pattern.

Would you say Ak 's modern Russian green is the correct color or does the VPA use a fifferent shade of green?

I don’t use AK colour, but I think that it might match. It can also be a little darker or lighter depending on various factor, it would be a good base.

im using Tamilya’s old T-62 for this build i know its a old kit and there are better ones but this was given to me
I built this right out of the box are there anything i should add or delete from the kit?

As mentioned above, the T-62 in the current VPA are very authentic to its original soviet configuration. Minimal modification were made. Minor things like external tanks, tools boxes, some wires, etc, are optional, as with any tank of any era.

This applies to almost all of the VPA vehicles with the T-55AM3 and T-90S are exception. He majority of the VPA armour are very obsolete. There were plan to upgrade the T-62 the same way they did to the T-54/55 a few years ago, but I yet to see anything new come out of it.

Well, people tend to get off the track, but I wouldn’t use the word “stupid”. There are many serious and helpful people here with much more knowledge than me, they helped me before. Your question happen to hit into my small niche.

By the way, on your other post about the SU-100, the VPA also has them currently in service! And just like the T-62, no camo pattern, no upgrade, the same old configuration as it was given from the Red Army. Boring isn’t it? 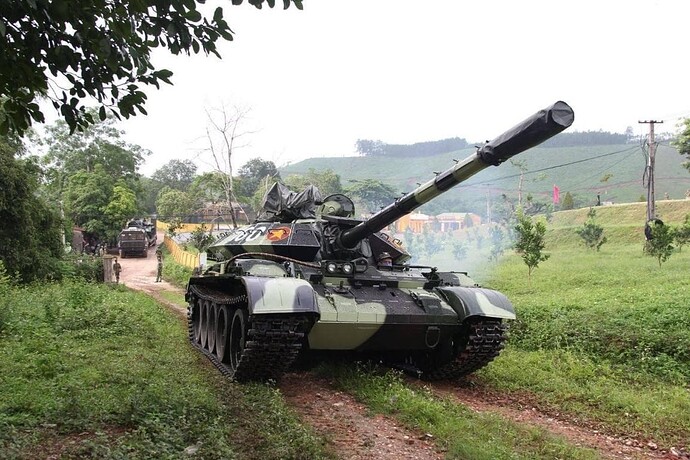 This isn’t a T62, notice the oval telescope window and spacing of the roadwheels. The T62 has a round window and the gap between the wheels is in the rear.

It isn’t. It’s a t-55. However; the camouflage pattern would help you when it comes time to paint and detail.

It seems like the Vietnamese use a darker green than the Russian green.