This is the Matchbox 1/12 Vincent Black Shadow made up to look more like a Rapide (specifically, my Rapide!). I’m not 100% happy with it, but I’m calling it done as I’ve had enough. I made the kit before a long time ago, but don’t remember it being such a bear then, I’m obviously getting older and losing dexterity! All the polished alloy parts that on a Shadow are painted black and were thus moulded in black plastic were painted with Aiye Chrome Markers, recommended! I also scratched a Dave Hills type centre stand, which is a common mod to Vins, including mine. Much of the oil return pipes to the top end weren’t supplied so had to be made up from fuse wire, as did the petrol pipes.This was a very old kit which I bought at an old bike show a couple of years back. It was missing the iconic “STOP” rear light but I was able to make one using body putty in a Plasticine impression taken from a Millichamps model! 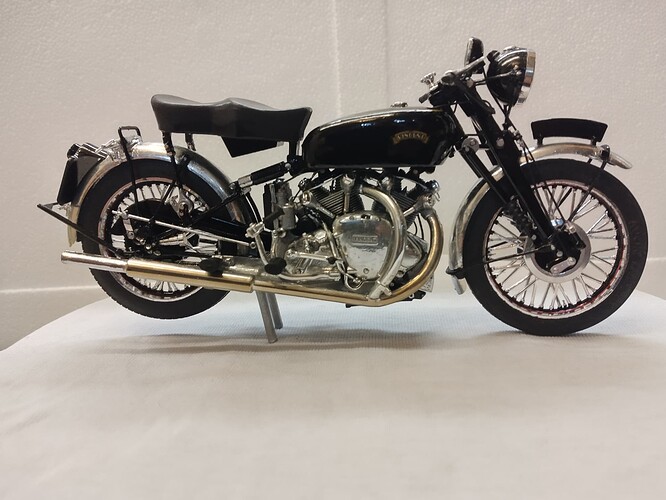 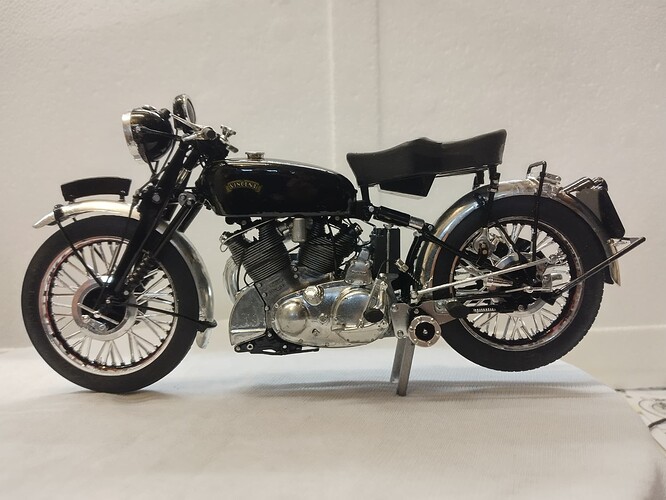 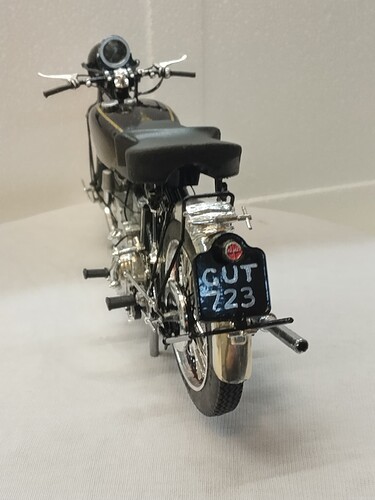 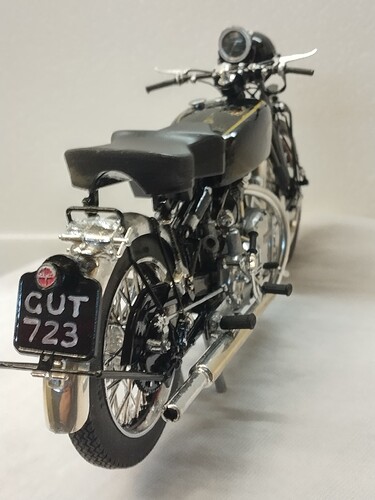 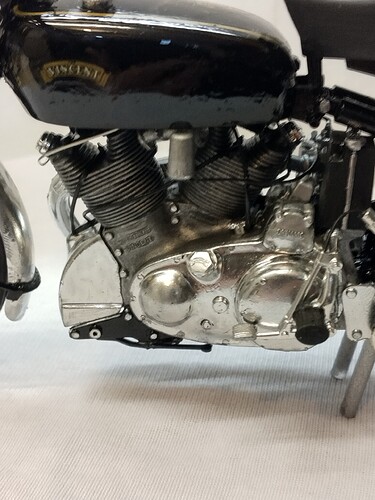 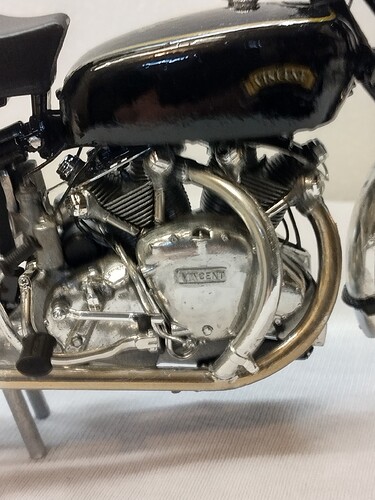 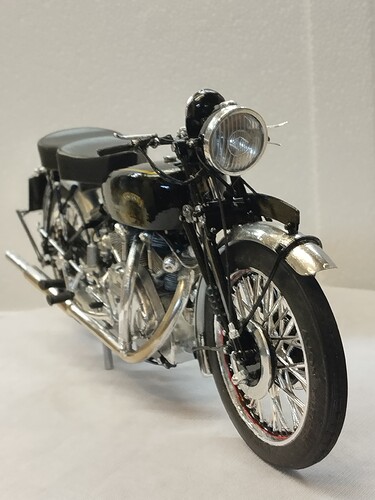 You should get a picture of them together.

Very nice build! I’ve got a pair of the old Matchbox Black Shadow kits sitting in the stash, great to see that they can be built up so well. I just hope I can do as good a job.

Nice ! Even nicer that you have the real thing .
I think you need one of these though - you can build it as a Rapide as well .

Thanks for the nice comments guys!