Building MTB 74 finally got me to sort out some of my stuff that has been packed up since I moved house. Italeri didn’t offer the most interesting version of the MTBs around but never the less it is good to have some choice. I thought I’d do MTB 234 as I already have a of 20mms I built a few years back.

Apart from the Griffon AM kit, that looks like it rebuilds the whole boat, are their any other AM kits around? I was wondering if anyone had produced a Twin 20mm in 1/35 scale. I haven’t really been looking for the last 5 years or so, so thought I ask before work commences.

As they say let Google be your friend. Shapeways.com, whom I wasn’t aware of have a host of AM stuff for all sizes of boats and ships. This was a great find but also needs more research as to what could be used by the Mk I boats. They have a cool looking 6pdr QF but these appear on the later flat deck type boats the Mk IIs ?

MTB 30 popped up as a possibility, also MTB 34, more interesting than MTB 77. Also MTB 378 looks doable but the port holes would need filed in and MTB 355 built by H & W also looks interesting but the massive vent on the stern might be a problem. 234 is still a contender though.

There is a Spanish(?) company Talhoer do a white metal kit of a TWIN 20mm mount, with figure, & walkway, the only kit I know of. Search results as here.

I have not measured it or compared it to Italeri’s offerings but it looks ok to me.

Shapeways Marketplace has 1000’s of options, if pricey but a rubbish search function.
Please note that if you only see a 3D virtual pic, this means it may only be a virtualisation, or no-one had ordered, built or put up a picture of the finished article.

Thanks Jon, I’ve never used any of the Shapeways kits so don’t know the quality. They do have a vast range, but as your say not cheap.

Well some progress. Just sorting out the colour scheme. The 20mm is from Accurate Armour,one I built some years ago. I have the Italeri PT Boat conversion kit so I might use the one from that instead.

Anyone used any of the Shpaeways products??? 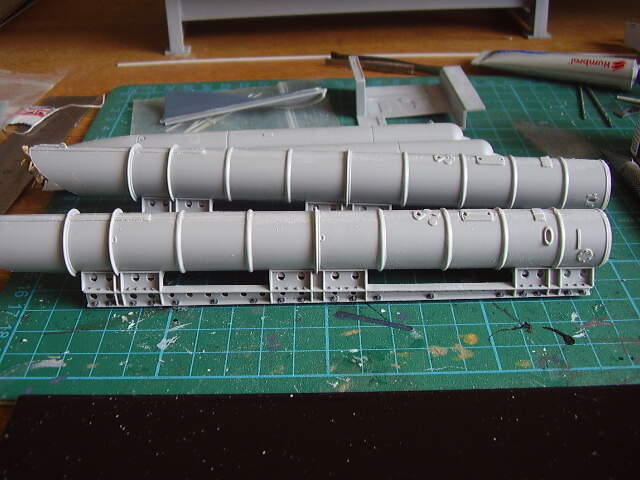 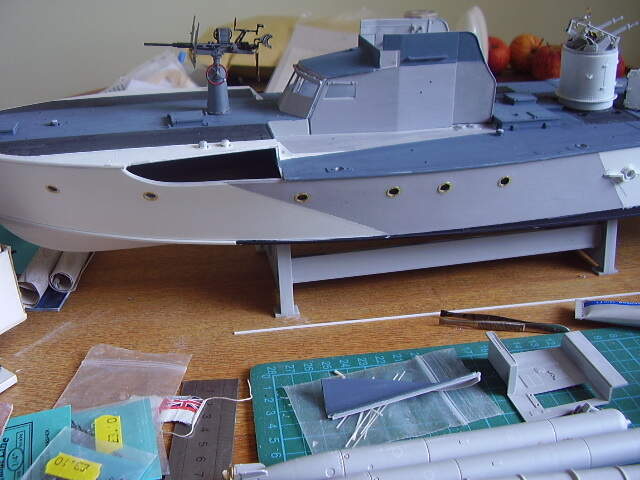 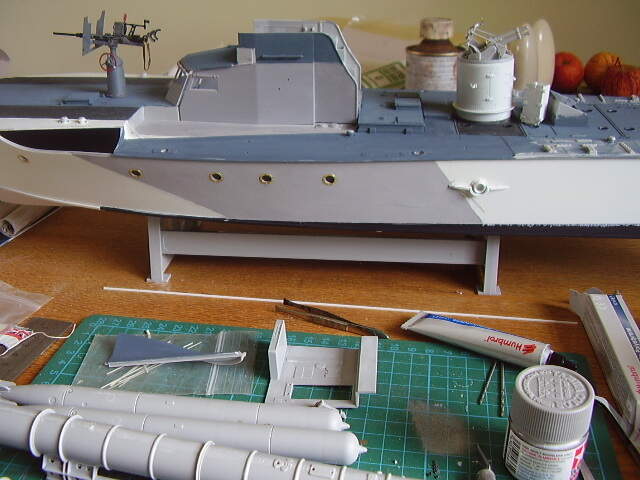 Interesting build on this one. Lots of bolts to add to the torpedo tubes, slow process as you have to have your mind in the right place but 50% plus done so far. The 20mm is the Italeri one, but sits slightly to the starboard side of the bow. Might have to remove one of the bolts around the hatch to center it up or cut a notch in the fixing plate. 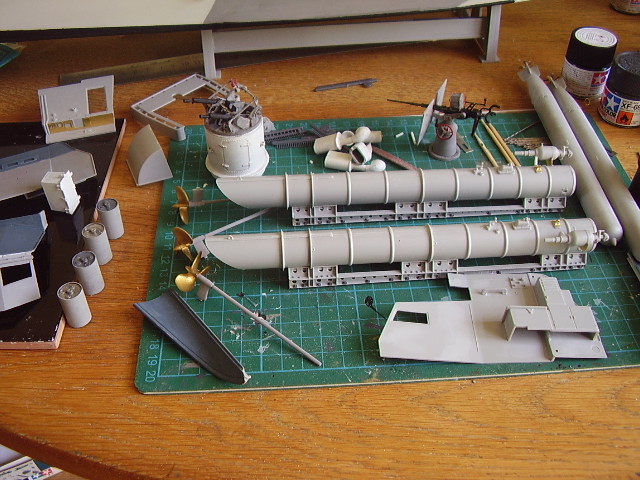 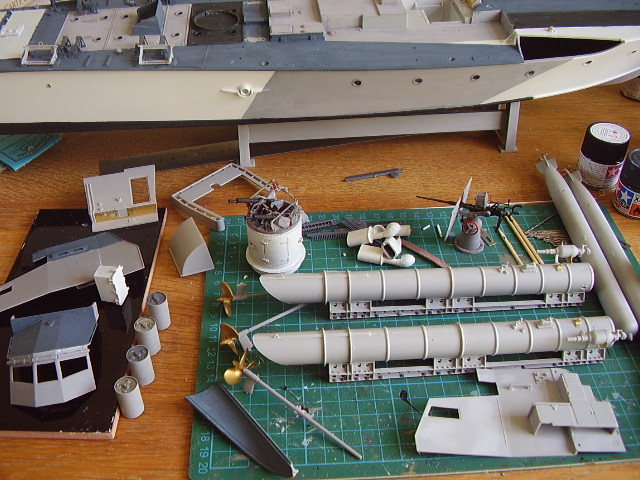 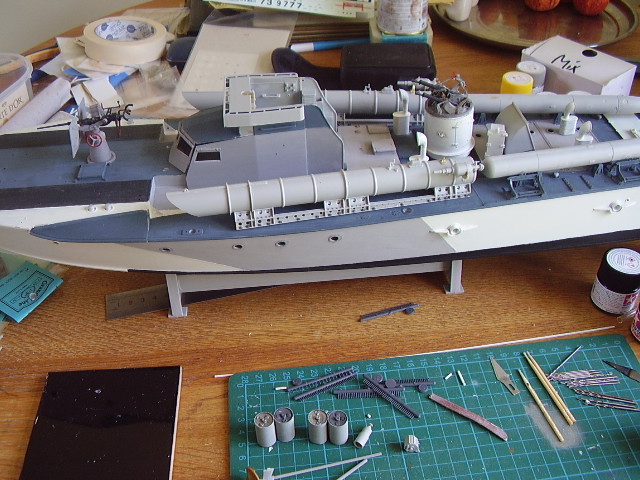 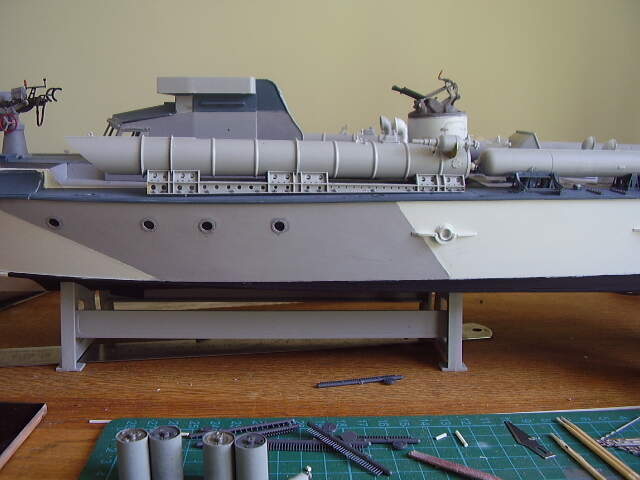 Finally finished adding all the bolts to the Torpedo Tubes, re-roped the life raft and dry fitting some of the bits. Interesting build. 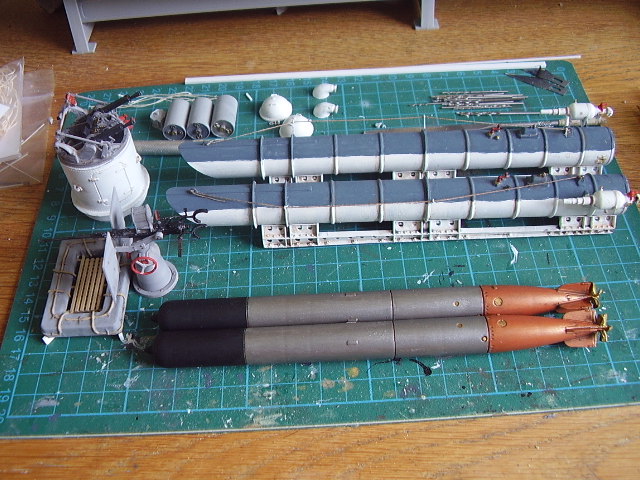 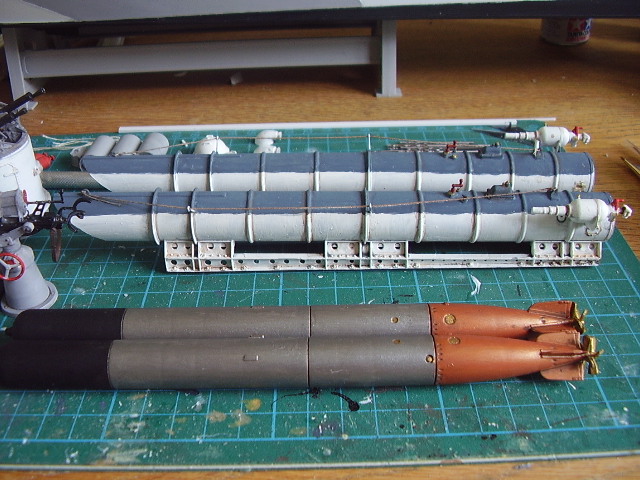 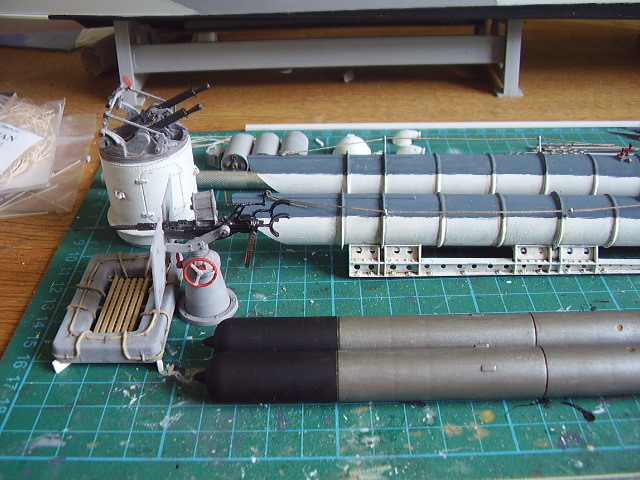 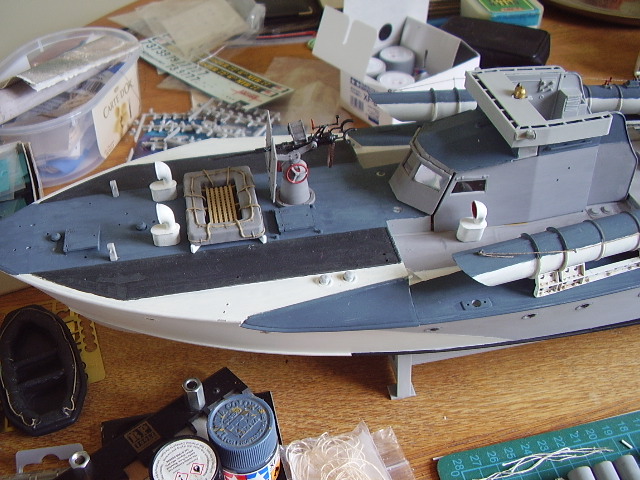 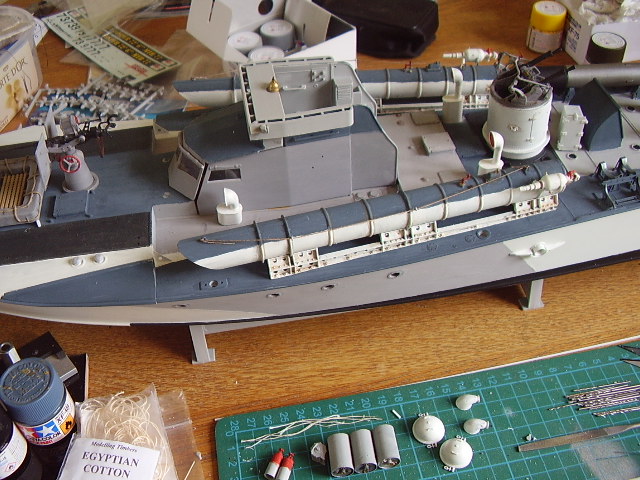 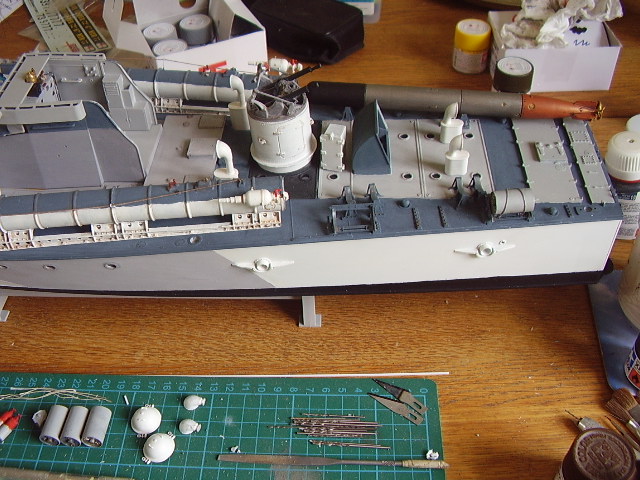 Detailed and precise, above all very very clean