Would the Waffen SS grenadiers in Hohenstaufen and Frundsburg division be sporting any new camouflage in September 1944. I’m trying to find a paint set to paint a few figures and I just don’t want to be wrong, can someone point me in the right direction, would it be summer camo or pea dot? I just keep seeing pictures of grenadiers in the more brown color but maybe I’m wrong, any help would be welcomed thank you! 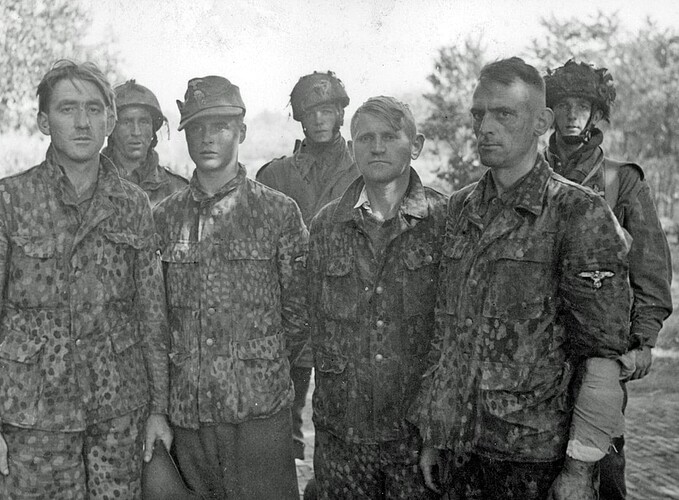 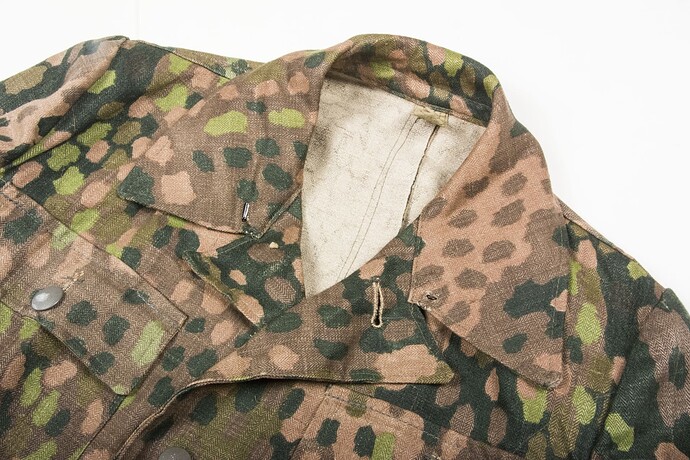 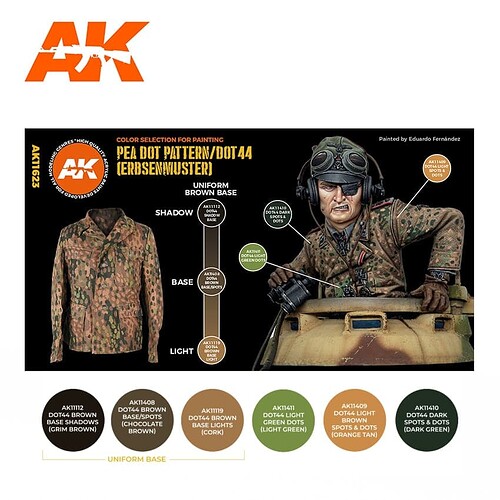 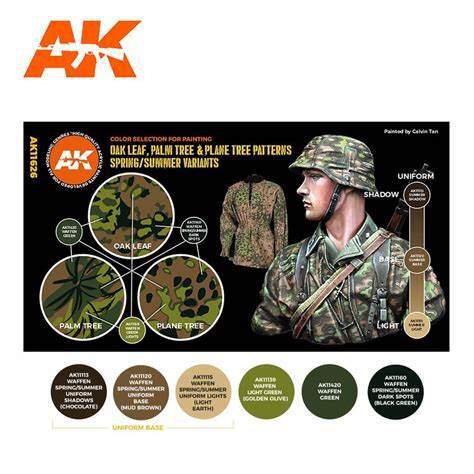 A little help here, but I’m still looking for other examples. Concord’s German Armored Units at Arnhem shows several SS patterns, not all are identifiable, and one is not able to discern the unit ID. A Peas Pattern two-piece suit is clearly visible, as is what I have identified to be a later M-40 Plane Tree #3 pattern smock. I would guess them to be in Autumn colors due to the mid-September date, but they could still be in summer colors.

@SableLiger both camoflauge patterns are acceptable then, thank you!

@paska the two units in Arnhem were the 9th and 10th ss.

Also I’ve seen a camo pattern shown on some figures that looks heavily green and beige rather than the brown color maybe it’s an over exaggeration of the summer camo?

I’m aware of the units involved, it’s Concord that didn’t or couldn’t identify them.
Osprey’s Arnhem 1944 is no help either. Several color illustrations of British and American uniforms, no German.

@paska sorry that’s disappointing especially cause concord is one of the better publishers if i remember correctly. 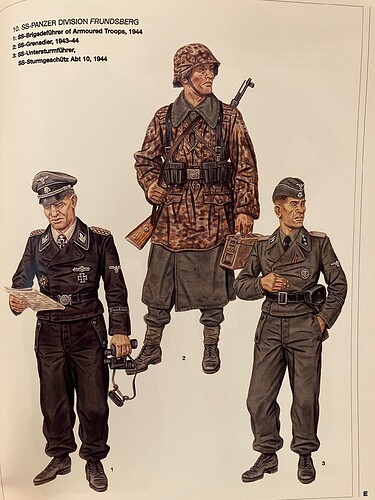 This might be of use, the review specifically mentions German uniforms;
https://reviews.ipmsusa.org/review/waffen-ss-arnhem

@paska yeah that almost looks like a December 44 smock in the bulge. I see what you mean now that is definitely frustrating and lacks and sustenance.
Thank you for the link, i probably need to buy some of these reference books. My references books so far are it never snows in september and a bridge too far.

I don’t have much else on Arnhem, I have some rather large volumes on the Waffen SS, but it will require some deep wading to find much else at the moment.

@paska there used to be a great site called defending Arnhem and it gave great details to every kampfgruppe and unit participating in the battle, i think the site is now defunct I’m not sure if it was moved or neglected.

These photos were taken in the Hartenstein Museum in Arnhem in 2012. Sorry about the glare on the display case. Ignore the ZB26, there is no evidence that it was used at Arnhem, but as we have said, “never say never”.
There is also a very well-known picture of a dead SS Panzergrenadier, or possibly Pionere from 10 SS lying on Nijmegen bridge. He is wearing the smock, probably in summer greens over “Pea Pattern” trousers and marching boots, the sign of a veteran. 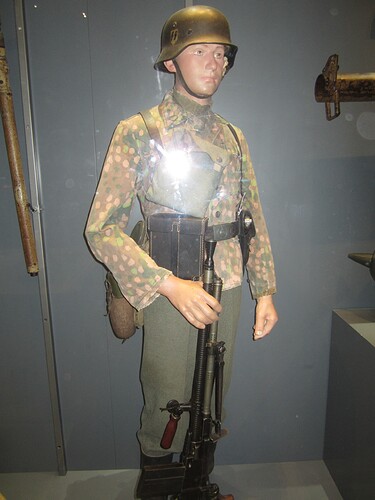 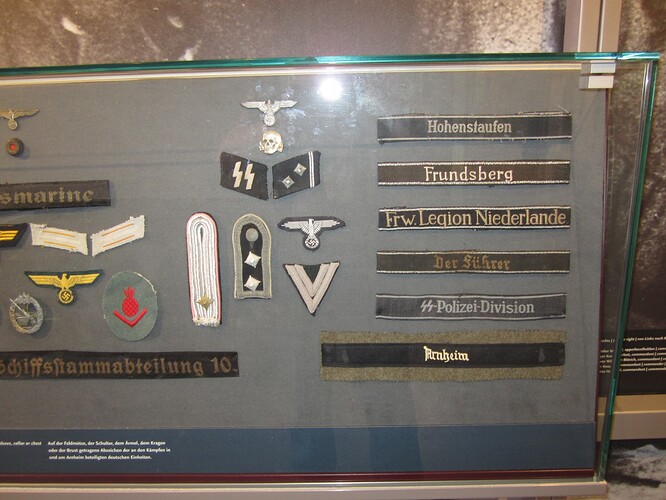 IMG_03331920×1440 215 KB
With regard to SS units around and in Arnhem, apart from II SS Pz Kp, “Hohenstaufen” (9SS) & “Frundesberg” (10SS), there were also SS-Panzergrenadier-Ausbildungs und Ersatz-Bataillon 16 under Sepp Krafft and the “Legion Niederlande” formed from Dutch volunteers, Lippert’s “SS-Unterfuhrerschule Arnheim”, as well as “SS-Wachtataillon Nordwest” under Helle, which was formed of concentration camp guards from nearby camps. Of these the most effective units were of course the Panzer division remnants and Krafft and Lippert’s men, many of whom were seasoned veterans.
Regarding camo colours, I’d be inclined to stick with summer colours for the smocks, although they are reversible to the autumn colours. The trees were still in leaf and there were and are large areas of parkland around Arnhem itself. The KZ guards probably wore standard field grey, if anyone really wants to model them, likewise the Dutch. A photo of a young Dutch voluntteer shows blank black collar patches and presumably the Dutch orange/white/blue tricolour badge on the left forearm (out of shot).
Gregory_J_Copplin November 17, 2022, 9:31pm #12

@Hohenstaufen what paint set would you recommend to do the summer camo pattern than? I was looking at AK’s dot 44 set but it would make sense to go with the pattern you recommend. Thank you for the wealth of information this actually helps a lot. What smock is the the figure wearing with the ZB? 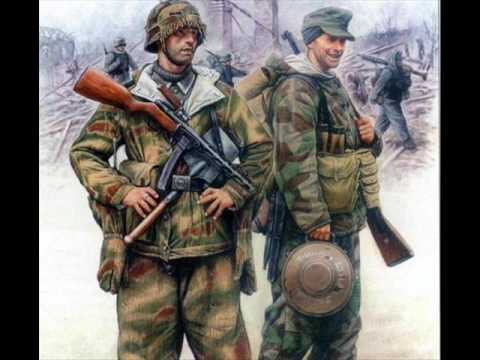 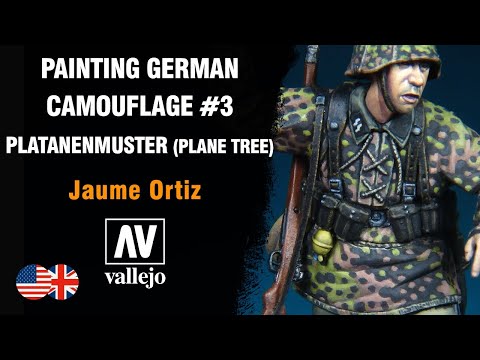 You can also use decals as in this thread, I give a little tutorial. My painting could never come close and look this good, but some can.

He’s wearing the jacket of the M1944 suit in “Pea pattern” (this is all a post war collector’s nomenclature). So, the AK11623 paint set as shown in SableLiger’s post.

Out of interest, I tried watching the video, but it won’t play in UK format (it says). However the two figures in the picture were wearing Wehrmacht camo not SS.

Yes the video is for WW2 German Uniforms, shows the color plates out of a lot of different Concord, Osprey and In Action books. The SS camo is in their also. Gregory said he does not have a lot of reference photos, might save him some money.

@Hohenstaufen thank you, i think i will use the pea dot 44 camo set from ak.

@Floridabucco thank you for the videos, i do emjoy watching the figure painting ones. So far I’ve only used Andrea miniatures spring pattern paint set and it’s been okay. It’s a lot of work and at times a challenge but definitely enjoy painting camo.