These pictures were taken yesterday at the Popham Megameet. There was an assortment of German motorcycles there, BMW R75, R12 (side valve), Zundapp KS750 and also a French Gnome-Rhone as used by the Germans. Some of the loads are interesting, ammo boxes and tripod for the SF version of the MG34. Enjoy!
Apparently, according to an owner I spoke to, if you have serial numbers, frame and engine, you can contact the manufacturers and they will tell you which service, Heer, Luftwaffe, Kriegsmarine or Waffen SS, the machine was originally supplied to, so although some of the markings and number plates are speculative, they do apply to the correct service. 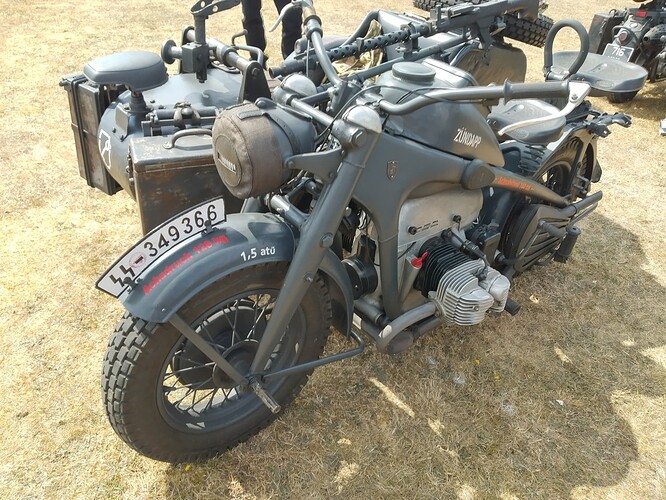 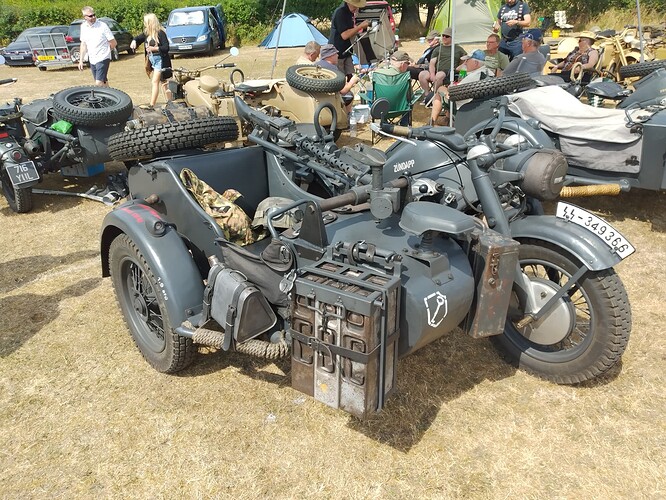 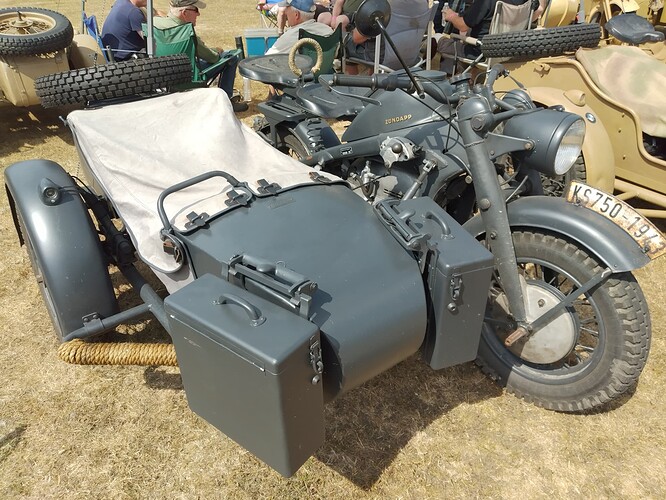 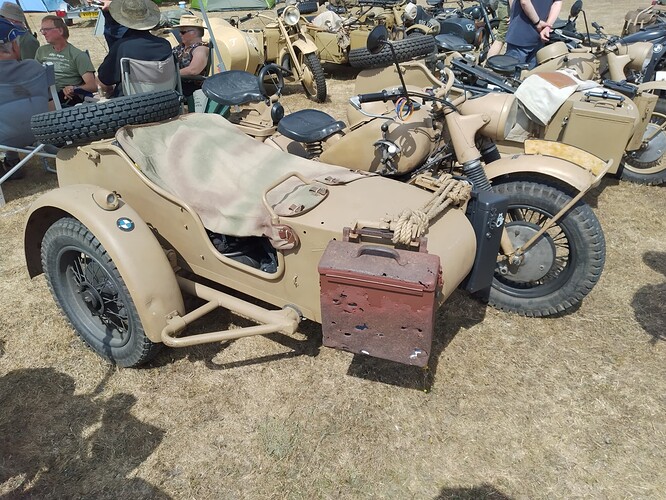 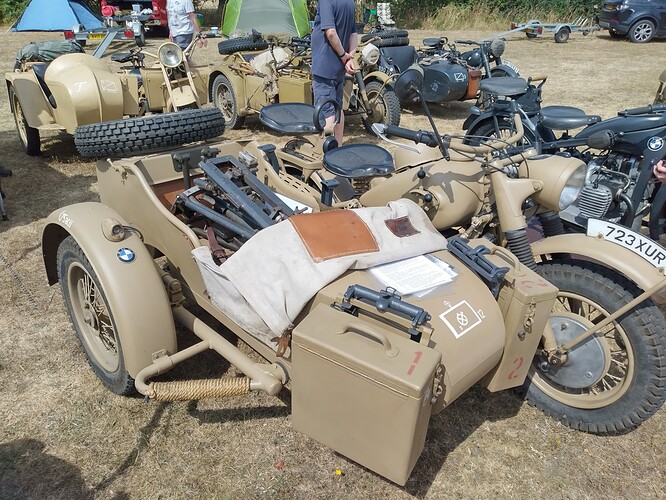 Next few that wouldn’t fit on…First and fourth image Gnome-Rhone. 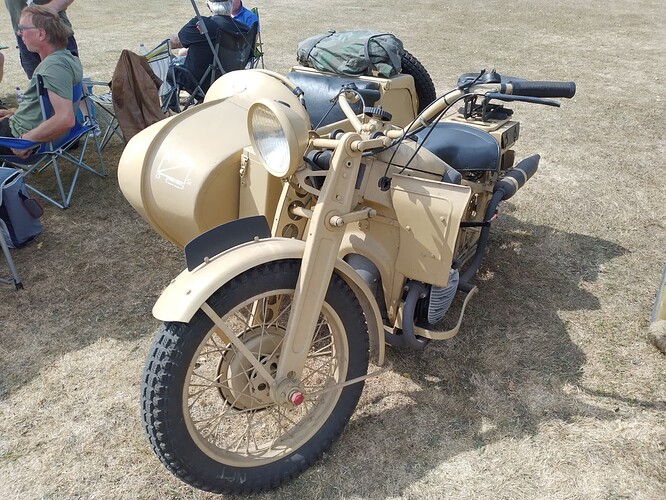 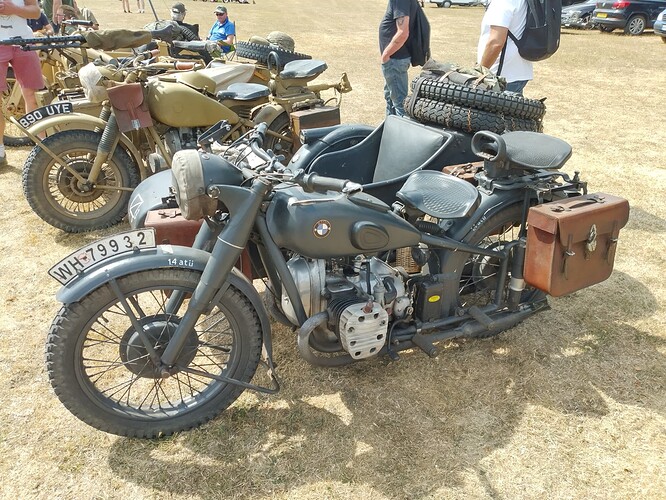 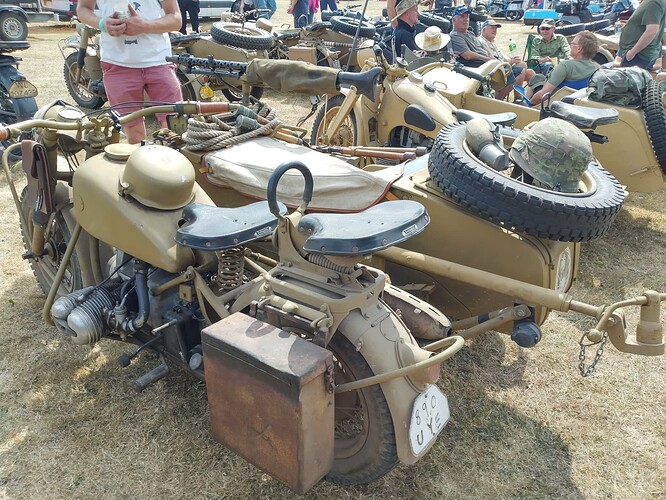 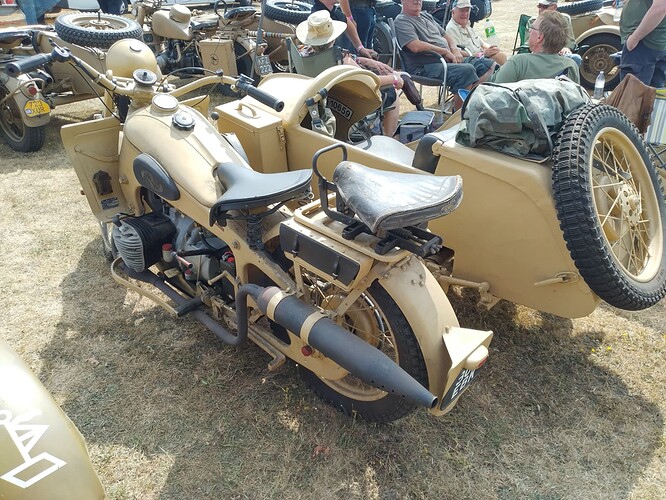 Very nice photos. Thanks for posting. Sometimes knowing where to route that clutch or brake cable can make a difference in a model.