Okay somebody explain wargaming to me, I understand the concept but how is this executed? is it online? is it similar to remote chess between two players in different locations?

Many different ways to play now, but when I was younger we played on tables with miniatures. Had one game where the scale was so large we had to use my driveway as the battlefield.

People still do tabletop but there is an online community as well.

It’s been a few decades so bear with me. I dabbled in warhammer for a hot minute because I buddy of mine started playing when we were like 12. I’m sure this applies generally to most games.

Picture an average dining room table. Now cover that with a bunch of 28mm scenery. Anything from repurposed cardboard boxes to professional grade dios.

Each side has a physical “army” made up of whatever units your game uses. Warhammer was individual figures and vehicles. I’ve seen others that use “blocks” of men, like your platoon or whatever are all stuck together, usually napoleonic style.

Now get your rules. Each unit has rules for range, weapon effect (direct hit vs area effect), movement, use of cover etc…

Now you play. Roll your dice, plan your moves and away you go.

I suppose you could play remotely, but you’d need to use markers or something for the opposition because armies are a lot more expensive (and unique) than a standard chess set.

There are online equivalents too.

Dan Carlin did a podcast on it as part of his Hardcore History Addendum series.

Back in the mid 90’s in my early modelling days, I made up a game using Airfix and Matchbox small scale armour and figures. It was based around the North Africa campaign and used an old beige coloured blanket, a tape measure and a couple of 6 sided dice.
At the time I couldn’t find any published rules so me and a friend made it up, with a little from my dad. This was in the days when you relied on the local and school library for your information and they had nothing. Over time we adapted and changed things. Ammunition supply, positive and negative effects with some weapons against targets, ranges, minefields, etc. Eventually added a couple of aircraft but the stands didn’t last long.

It was fun but eventually like all things we found other interests and it got forgotten.
No idea what ever happened to the rules.

Actually that’s a very good analogy. Risk (like chess) is wargaming at its most basic.

3D printing is definitely going to be the renaissance of tabletop gaming, especially with Games Workshop going full Disney with content protection while simultaneously pricing them selves even further out of what any sane person would consider reasonable.

There are a lot of people doing just that. I watch a Warhammer guy on YT who makes and sells diorama items and he has put out a number of videos recently on using 3D printers to build your armies.

The guy is ‘Geek Gaming Scenics’ if you want to check out those vids.

Back in the day, Generals would wargame to test out tactics. Remember just before D-day the top German Generals where at a conference to wargame an imagined battle, don’t think they used dice though.
So with a quick leap you can see where the “game” side of it originated. As kids some of us would play with toy soldiers, a wargame is basically the same but with rules, dice roles and a live opponent.

Don’t forget all those boardgames from Avalon Hill (can we say PanzerBlitz), Victory Games and SSI. Oh the most famous line - Squad Leader. You want a ton of rules get into Squad Leader. Now adays you can get into a more toned down board game like Memoir '44. Up it up a notch and check out Bolt Action.

I used to play a science fiction rpg called Traveller back in the 80s. While it was a game like Dungeons & Dragons where your team of adventurers could travel through space on such exciting missions as running a cargo of med supplies to a neighboring star system in hopes of making enough profit to buy fuel for the return jump, it had a provision for large-scale battles. The rules were called ‘Striker’ and included creation tables for all manner of vehicles and weaponry based on interpolations of then-current technology. You could conceivably create armaments from WWI and up which was needed as the various planetary systems in the game were at different levels of advancement. I used to play further into the future which is why I had to play in the driveway. The rules allowed for the use of nuclear weaponry and even at 1/285 scale (using modified GHQ armor minis) the radiation zones around some of the impact areas covered a lot of ground. Definitely did not fit on a table.

There are loads of different tabletop wargames, RPG’s and those that fall between, here are a couple of the companies that publish games.

Just to name a few

Resident evil, Horizon, Animal adventures (yes you play as a cat or dog) Woaahhh, as Elaine would say “shut the front door!”, I went to the Team Yankee link Littorio and watched most of the vid on their home page and that explained the scale gaming question perfectly, I remember the first time I came across a ROCO minitank model years ago as a youngster, I thought they were neat but never imagined gaming with them, in fact even though there are several references here on KM about war gaming I just didn’t get it.
Wow, an entire genre of activity entertainment has escaped my attention, I would gather up the Matchbox cars and trucks and play build a city with my son when he was a little tyke and Legos were always fun, then we graduated to Golden Eye on Nintendo and later Gran Tourismo (my absolute favorite) but model building was serious business for me, practiced in secret of course, to avoid ridicule from my buddies, I come from a culture where every pickup has a gun rack in the rear window and fishing lures in the glove box, grown men just didn’t play with army “play sets” . . . well I’m floored by this revelation to say the least. Well, darn, I probably would’ve enjoyed this as a younger man.

my 1/100 tanks are pretty much tabletop scale

They are bang on for “15mm scale” gaming, check out “Flames of War” for the system most used by my local club. You might be surprised by the quality of the plastic kits available, multiple models to the box and usually with build options. 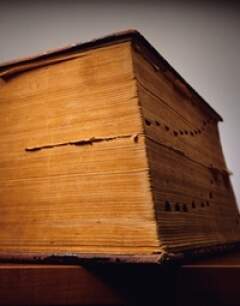 My least favorite thing about board gaming is " Da Rules… ".
I just couldn’t force my self to master a massive set of rules.

As a side note. Those that love lots of rules and have them memorized make good mathematicians, accountants and lawyers. Go figure.

I used to play a collectible card game based on the Star Trek shows and films (pre-Abrams) and they had to end the original version and release a second as the rules became so overwhelming they went from a slim pamphlet that fit in the deck box with your cards to a large-size paperback book.

Warfare with rules . . . enter the politicians. Sounds like a familiar story.

I haven’t played a board Wargame, but I’ve heard from those who have.

What many don’t understand is that a single game can take weeks to months to play and complete because of all the pieces, players, and the rules involved. This isn’t a game where you sit down and complete it in a few hours. That is why some players can pick up the same Wargame weeks, months, or even years and place their pieces down again and resume playing if they remember what was going on.

Wargaming, I heard, can be slow as players look up the rules, measure the distances on the board, introduce new pieces, etc. I heard it was extremely fun, but one has to devote the time, attention, effort, and money into it, and most times wargaming has been replaced with online multiplayer video games. The Wargaming rules are made to prevent cheating and it’s hard to cheat when you have 3-8 players playing the same game as witnesses to the action.

When it comes to the hobby, most Wargaming stores actually survive better than hobby stores because of the strong interaction, social community, game room setups, and the variety of pieces that they sell. Many Wargame stores actually allow players to build and paint in the store. So if you have any Wargaming stores in your city, do check them out as many sell paints, scenery, weathering products, brushes, pigments, tools, books, etc., but they don’t sell model kits.

Wargaming pieces tend to be tougher and solid cast, and in some ways, a lot less detail than model kits. Some are cheap and some are expensive. The trend is that most are unproportional to scale, meaning they’re squat and have no scale like 1/35 or 1/72. Many Wargame painters are quite excellent, and the paints used are similar to Vallejo and Citadel. The more expensive the Wargaming piece, the better “technical statistics” in the game it has, such as a F-35 stealth fighter is a lot better than a F-20 “Tigershark” fighter.