Perhaps unknown to some Preiser has released about 20 years ago two sets of Wehrmacht Infantry on the march. 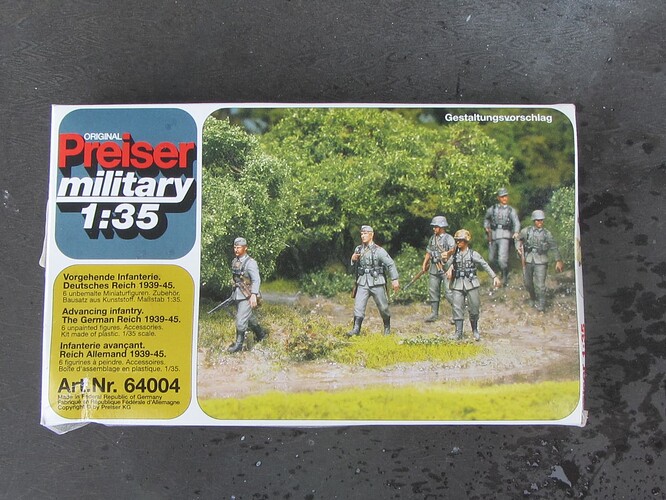 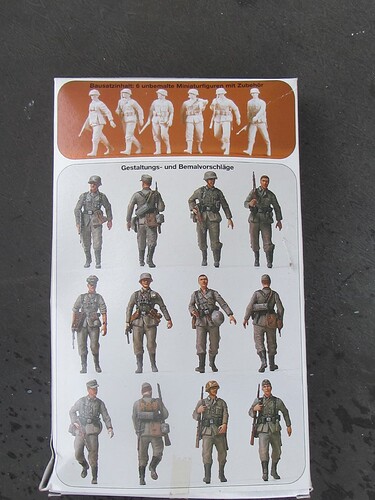 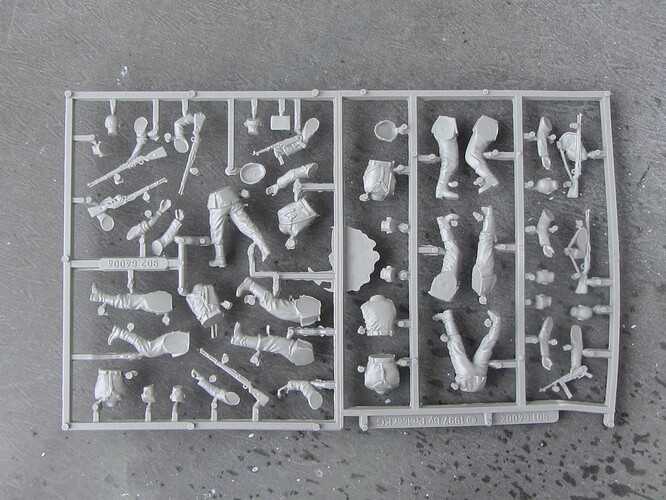 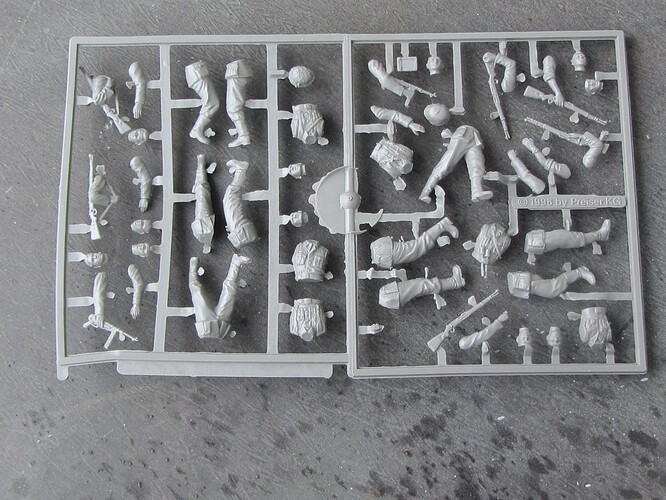 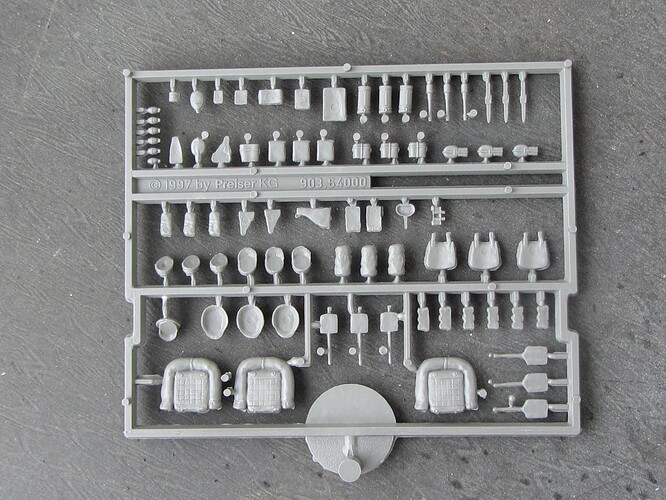 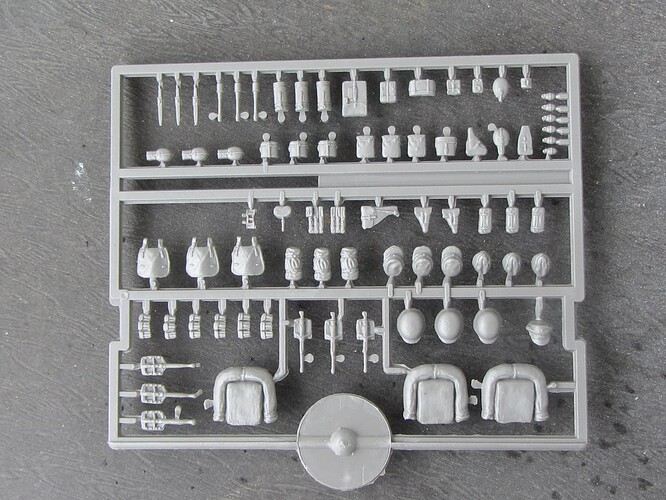 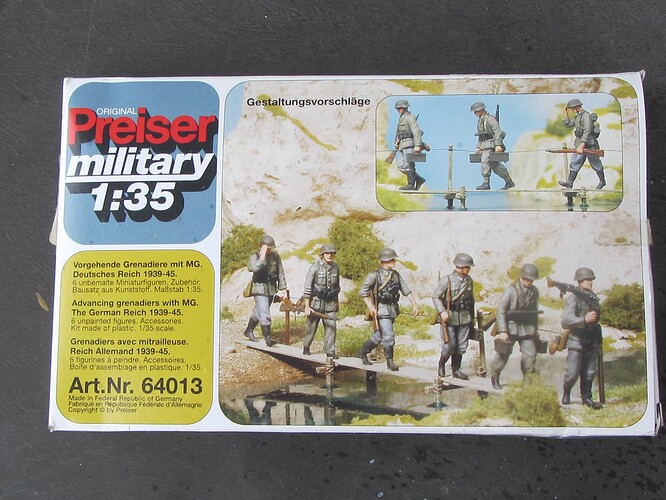 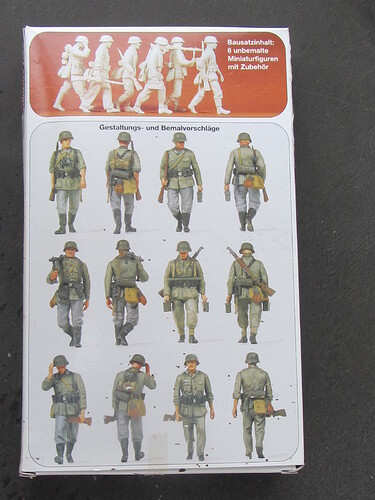 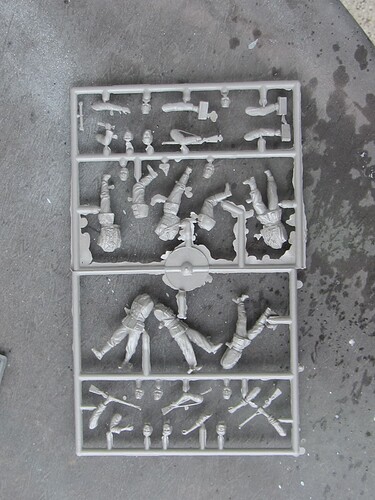 Curious, I always thought they were focused on small scales

They do another one also which is of 9 German infantrymen marching in step, parade style, not the relaxed poses shown. They aren’t great, but when painted and detailed with Dragon weapons and suchlike look quite presentable as a group. There are three of each, which given what they represent is enough to mix and match to produce a realistic group. They are cheap enough to make a whole platoon, or even company if you buy additional sets! I’ll post some pictures of mine made up if anyone is interested! I think there is one of Feldgendarmerie also.
I think they also do some 1/35th civilians as well, refugees and German civvies waving flags for a passing parade! A bit out of the ordinary.

Don’t know if all their 1/35 figs are the same quality, but I saw some close-up and they appeared pretty soft (detail-wise). Maybe if you were to add resin heads, do some undercutting and detailing, and replace weapons and equipment with Gen 2…

Biggles, you are right, they are quite soft, especially the hands. Here are some photos of my marching lot, weapons and equipment are left overs from Dragon kits. I think the helmets are too. They look OK in the background though. What I did like though, was that they had moulded in rifle slings. They were too thick, but a bit of knife work improved them. Also, I don’t know where you can get a group of infantry marching “properly”, certainly not at that price! 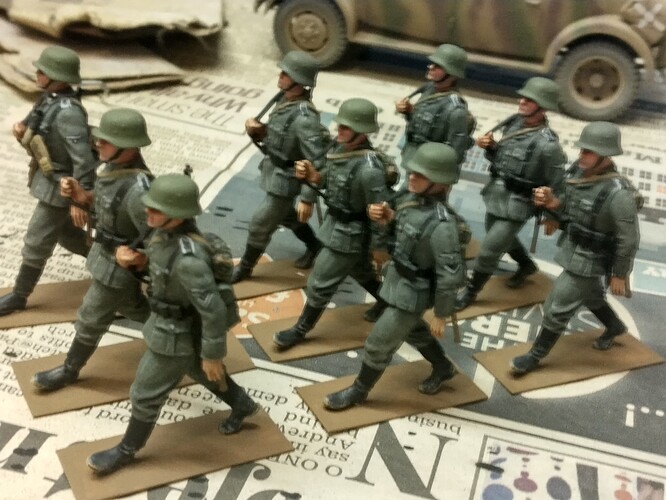 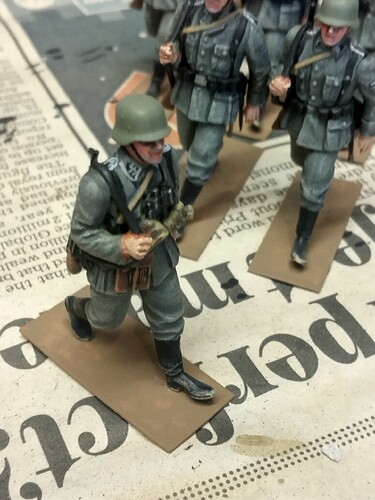 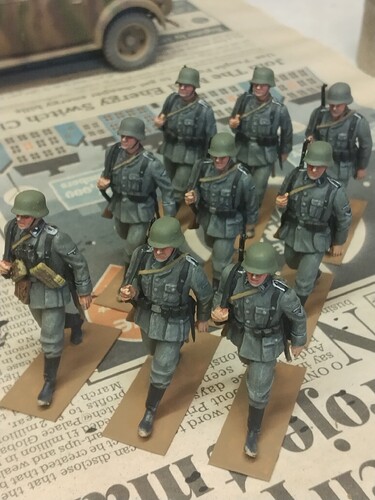 They’re probably cheap because they’re all popped out of the same mold! Not much time, effort, and expense went into making that set!

Actually there are three sprues and each one has three slightly different figures on it with their gear, which I didn’t use. If you look at marching men, there are slight differences in height and how they swing their arms or sling their rifle, even if they are perfectly in step. The slight differences reproduce this, although I’ll freely admit they don’t come across well in my photos.