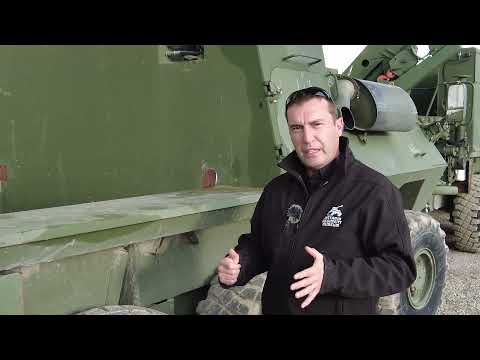 You guys will get a kick out of this. Would make a really cool kit bash/scratch job.

You KNOW I’ve built 20 of these! And all differently from the actual configuration! Why must you tempt me so, especially on a workday! Now I’m going to have to buy up all our remaining AVGP kits.

Thanks for the video! That’s so cool, can’t believe I haven’t seen this before.

Yeah I thought I knew CF vehicles, but this is totally new. I mean they were prototypes so nothing to feel badly about.

I really want to do a Bison too. Need to start planning that.

Wheeled Light Armoured Vehicle - Life Extension - Mobile Repair Team is a mouth full to say and I am sure some project manager was super excited to come up with it.

This defines the CF procurement process in a nutshell.

Rather than buy off the shelf, mission specific kit, how can we take something that’s a decade past it’s best before date and throw gobs of money at it for it to not work anyway

Not with that attitude you can’t.

I think there’s a couple kits if the American version of the C1 Howitzer. Maybe I’ll do a 105 conversion

That’s not a good way to look at it. They had a need for MRTs to accompany their vehicles, and when they started replacing the old LAVs with new designs, rather than pulling new vehicles out of deployment for R&D, they used some of the vehicles that were being replaced as testbeds. I can understand the reasoning behind not doing mass conversions of the old vehicles – put them out on deployment, and you complicate the logistics tail by having one set of parts you need for the LAVs, and a second set of parts for the MRT-LAVs. Since the narrator said that the new LAVs did have conversions to MRT variants, it’s clear that they took what they learned from the eight prototypes and applied it forward once the new LAVs had rolled out enough to be able to pull some for conversion without affecting readiness.