What colors were Nebelwerfers be painted?

What colors would Nebelwerfers be painted in? I just bought the old ESCI kit and was wondering how they would be painted. I havent been able to find much information on it so Im asking on here.

From what I’ve seen/read they were either DunkelGelb, Panzer Grau, or flat black. I’m guessing their color changed with the orders for which colours tanks should be painted

Thanks Matt. Do you think some may have been ever whitewashed?

I would say it’s certainly possible. Don’t want anything giving you away

This one certainly looks like it could be whitewashed but hard to tell, it seems to be a similar shade to the sky which given the condition is probably a light gray/white 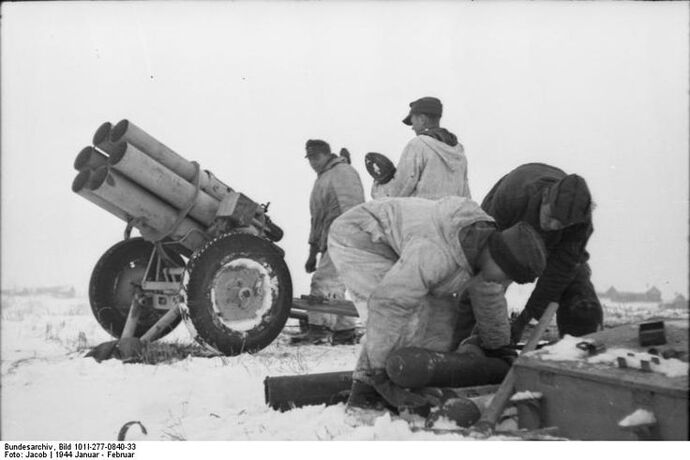 Your right it does, maybe that fleck of dark color on the lower barrel and top of wheel is the Panzer Grau showing thorough the white wash?

This part of the frame near the wheel certainly looks like panzer grey/ flat black poking through the a white wash.

Then that perfectly answers my question! Thanks again Matt!

No worries Ezra! You always seem to tackle really interesting obscure pieces, the kind of stuff I like!

Ezra, this might be of interest. There are also links to others.

Oooh nice! Thanks Wade those the best ref. pictures I’ve seen of it.

This part of the frame near the wheel certainly looks like panzer grey/ flat black poking through the a white wash.

Doubtful it’s Panzer gray, or white washed. Most likely dark yellow. There would be no reason what so ever to white wash the backside of a wheel like that or that neatly behind the wheel. Also look at the gun trail by his leg (standing between), his winter parka is white even if it is dirty white the werfer is still considerably darker than that. Even if you figure rocket smoke soot the trail is still the same color as the rest of it. Most likely the dark spot is dirt or oil or combo of both. The barrel mark could be anything from red primer showing through to a propellant mark from the rockets, or just a smudge from a dirty sooty glove. I am sure there were whitewashed ones but I don’t think this one is one of them.

Thats a good point. It is much darker then the parkas. Good catch!

Oh goody. Here we are again guessing what colour something is in a black and photograph. Quote from T.J.Gander, “Field Rocket Equipment of the German Army 1939 - 1945”: “The 15Cm Nebelwerfer 41 is still perhaps the best known of the rocket launchers used by the Germans and was encountered on all fronts from 1942 onwards.” Ergo was it painted Panzer Grey - yes. Was it painted Dunkelgelb - yes. Was it painted Sandgelb - maybe since I think they had them in Tunisia. Was it snow camouflaged white - almost certainly someone did at some time during that period, since it tended not to be dug in due to the back blast. Paint it whichever of these colours you choose.

Yes, and three colour camouflage when that was introduced. 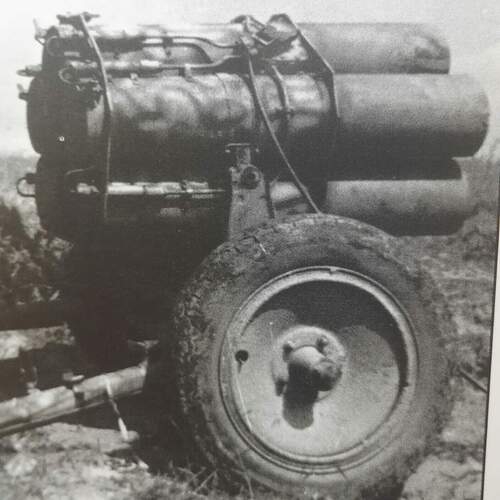 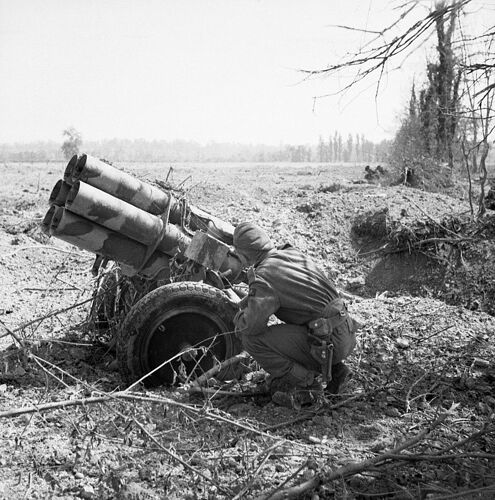 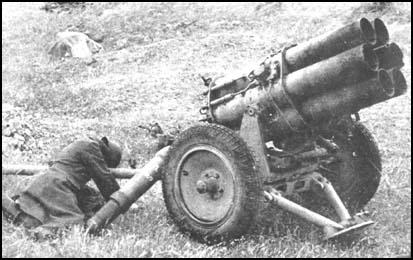