This is the last part I promise. (As this is within the nautical bit, my earlier 2 posts were within the Armour section, in case you’re wondering).

Now somewhere along the line in all my readings of the preparations of the Allied invasion of Normandy I had missed any mention of these; I’m sure there are those on the site who haven’t, if so look away now, as this will be old hat.

Amidst all the preparations for D Day essentially, in 1943 US troops built 8 facsimile landing craft (though I could only identify 6) a couple of hundred metres inland on Braunton Burrows, north Devon, here in the UK.

Braunton Burrows is still a military training area but open to the public when there’s no live firing. It took us around 50 minutes to drive from Northam where we were staying, bypassing what used to be RAF Chivenor but now home to the Royal Marines. I had picked up a grid reference from the www, but it turned out to be woefully inaccurate. Access to the area involved a long, meandering road with some 15-odd speed bumps, which began to tax the morale a bit.

There is a car park adjacent to the area and a fellow dog-walker gave me directions. After about a couple of hundred metres or so I encountered a section of Royal Marines who very helpfully provided some excellent directions, an 8-figure grid, and an aerial photograph. There hundred metres on, a clamber over a gate and there we were – WW2 concrete – nothing quite like it!

An informative sign at the site says it all: 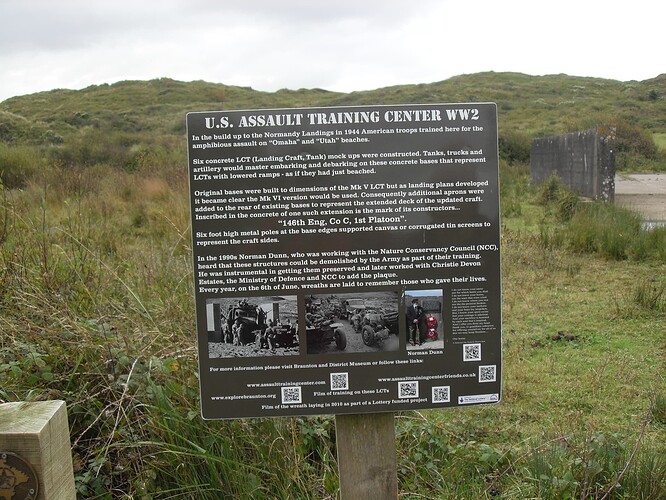 And I’ll let the pictures do the talking: 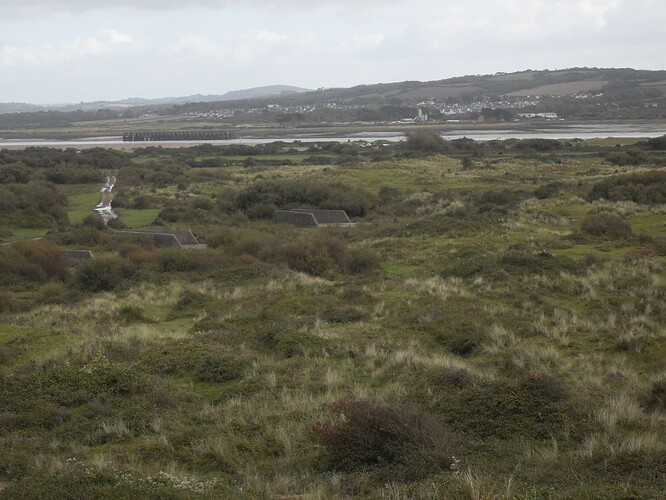 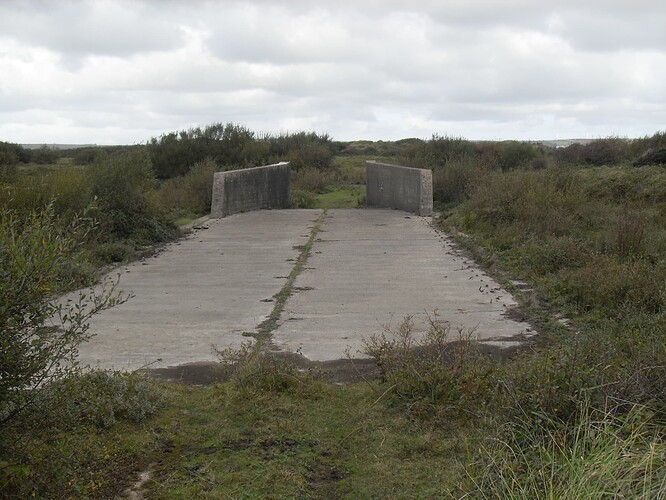 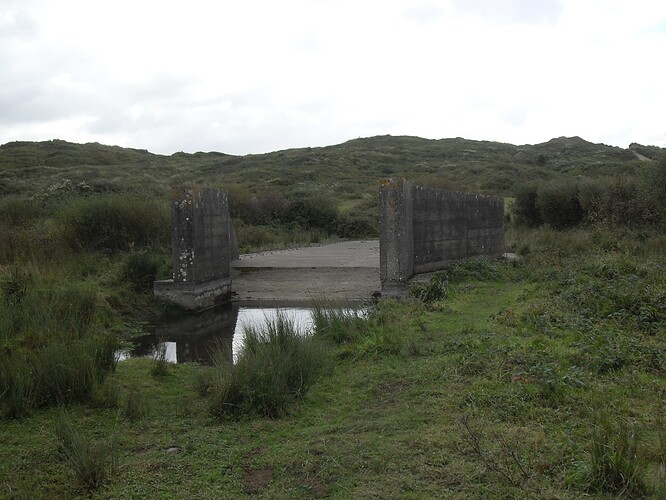 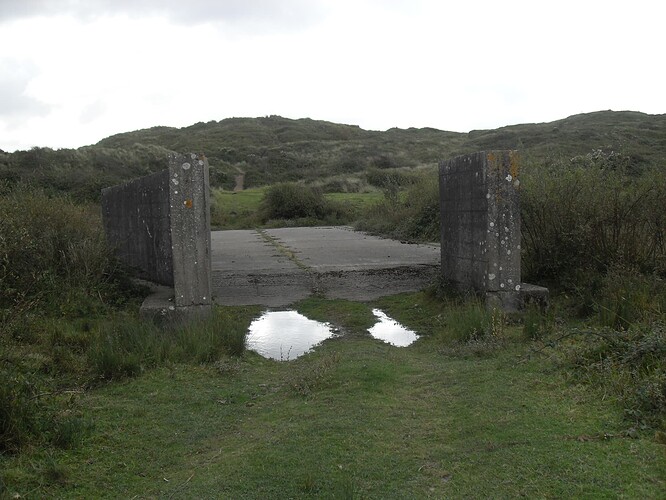 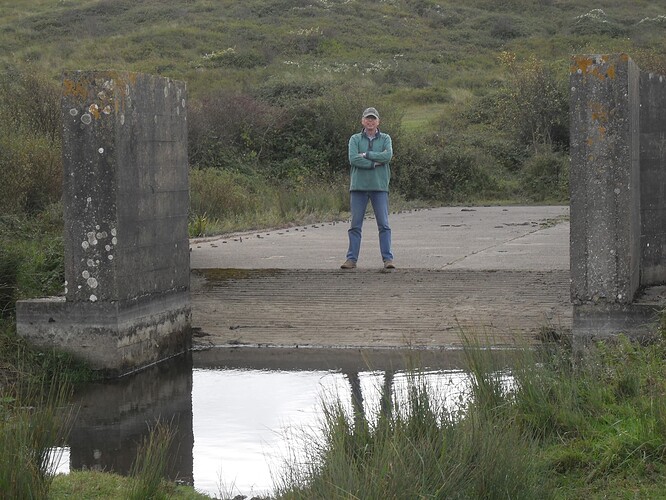 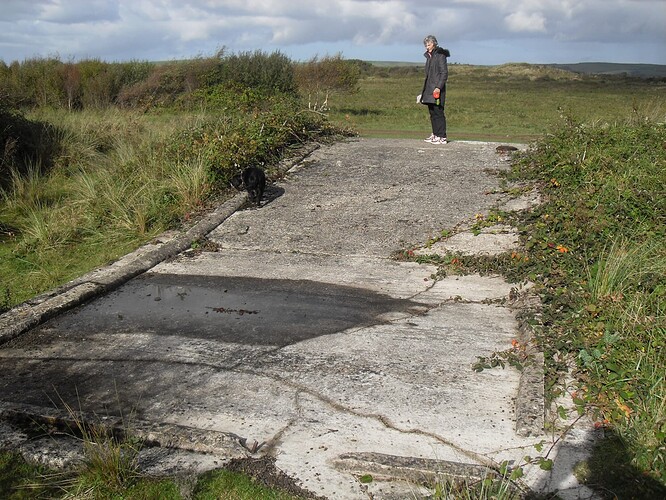 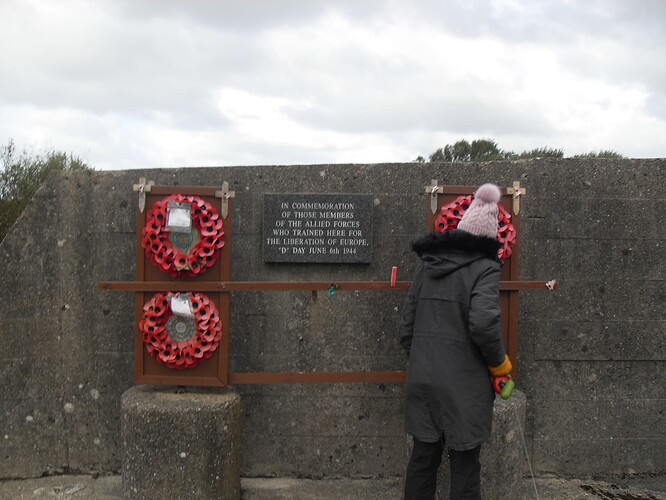 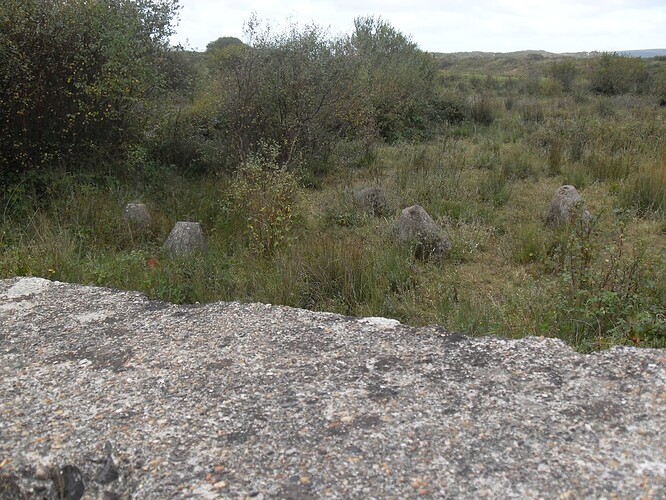 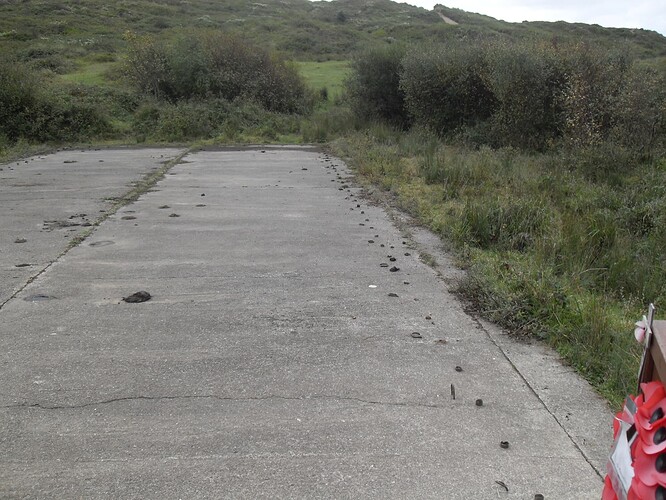 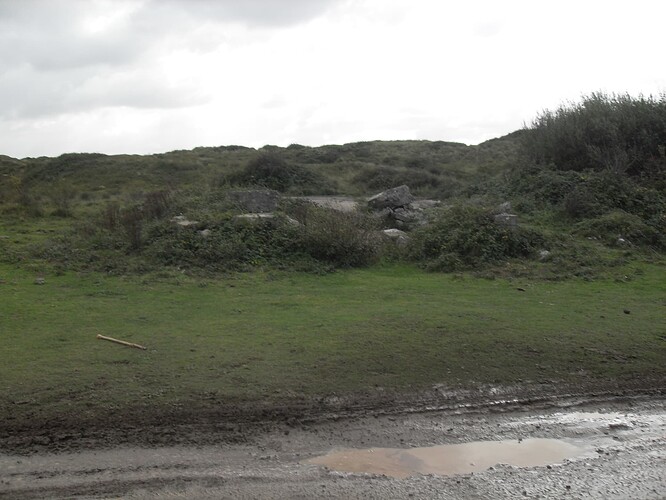 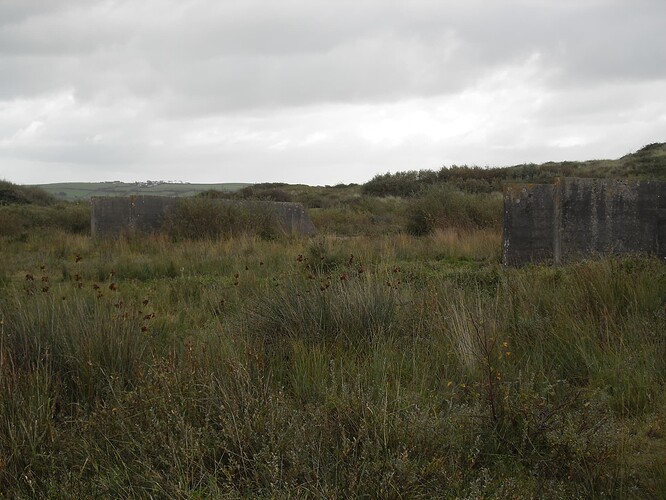 Lastly, on the beach itself, remnants of bunkers and obstacles, all to help the troops practice for Normandy. 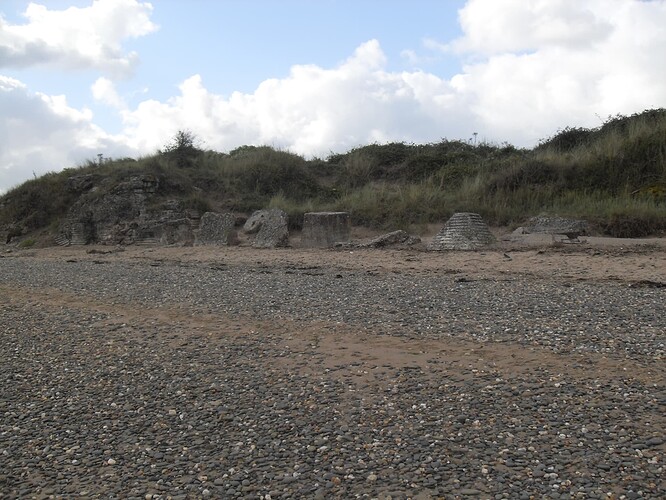 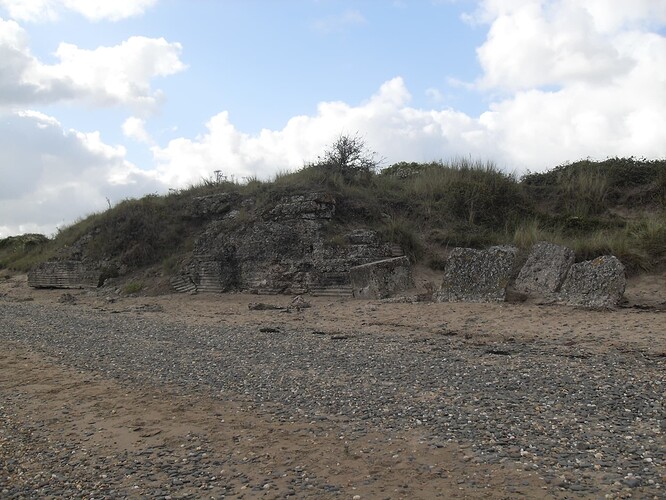 For those planning to visit the area, just north of Braunton Burrows is a headland known as Baggy Point which was used by the Rangers to practice their assault on Pointe du Hoc; north of Baggy Point is Woolacombe Sand, also used for training due to its similarity with what became known as Omaha Beach. I did not, sadly, visit either of these sites.

Anyway, I hope this is of interest to some.

And that folks, is what I did on my holiday; I may have just run out of goodwill from my wife. A few years back I dragged her around more concrete in Lincolnshire, this time concrete from the 60s - the RAF’s Thor Missile sites - but that’s another story.

Yeah, a bit sad really. No, just kidding: for the record, there were lots of dog walks, eating out and copious amounts of gin consumed.

Those were interesting posts. Enjoyed them. From what you posted besides pics the one thing I learned was what Bovril is. Go figure. I tried to read your narratives with the best I can do British accent to get a better feel of the story. Being Canadian born of Scottish decent with a dash of Irish thrown in (there might be a tad of Welsh too I think) so not sure where or how my accent ended up. To me good enough. UK must be a modelers dream with all those museums and landmarks everywhere. Now need to try this Bovril stuff. Oh btw - being an ex-sailor I prefer rum over gin

Then there is the Guiness.

Robbie, glad you enjoyed them; that’s quite a mix - heritage wise!

I suppose we are pretty well off with museums and the like; I always find it rather poignant when I tread where others have trod, as it were. I’ve been lucky too in that I’ve visited Normandy several times, and having walked along the sand at Omaha Beach all made my Devon holiday that much more pertinent. Mind you, I suppose it all depends on one’s powers of imagination.

UK must be a modelers dream with all those museums and landmarks everywhere.

The concrete “Landing Craft” featured in Episode 1 of Series 3 of “Walking Britain’s Lost Railways”. It aired about a year ago in the U.K., I don’t know if it’s available on-line.

The thing I find most interesting in the U.K. (I haven’t explored the continent) is the way history layers upon itself. For example Pevensey Castle was originally a Roman “Saxon Shore” fort, an Anglo-Saxon village, William the Conqueror’s first stronghold (he landed there), a Norman Castle with an inner bailey and keep (originally earth-and-timber but stone from around the mid-13th century), and an Elizabethan gun battery against the Armada. It was then quiet for a while until people started to worry that a certain Hitler, A., might think William had made a good choice of an invasion beach. Much of the ensuing works have since been removed (such as the anti-tank gun emplacement in the Roman West Gate) but others such as the disguised machine-gun positions have been retained as they too are part of it’s history…

Interesting stuff Brian, thanks for posting it!