@Joel_W and @md72 Joel and Mark, all very valid points and worthy of further discussion as I fear we are in for a long journey as we work to build the site.

In order to keep the focus here on the upcoming Group Build, I would ask that we move this conversation across to the Group Build discussion thread on the main AutoModeler forum page.
AutoModeler Group Build Discussion Thread - Automotive - KitMaker Network

D,
I only posted here because my last post in our main auto section but no one viewed or posted, so I wrote the post here as well.

As a side issue, when I’m replying or writing a post, the box is half the width of my screen, and by default the same message appears to the right of it. The only time that seems valid to me is to make sure that links to pictures actually upload the correct picture. When I turn off that box, the box I’m typing is just moves to the lower center of my screen, it doesn’t expand in any direction. The two arrows on the top right only bring the box to the top center position. Is there a way of expanding the main box to full screen width? my main monitor is 32 inches and here I’m only using less then half of it.

Being new to the group build thing I am not sure as to what to do . As the start date of October 1 has arrived, is the build indeed on or is there a minimum participant number that wasn’t met ?
If it is on , do I need to post pic of unstarted kit with proof of date ? Do I post start pic at anytime or should it be today?
I hope all will pardon my ignorance - this new ground for me .
Thanks- Richard

Richard, I’m just trying to work out whether I can relocate this lead-up thread into the main Group Builds Forum, or if I need to start a new thread.
Either way, you can post your starting images at any time.

I really should have had this sorted a bit earlier, but that “real life getting in the way of more important pursuits” just won’t leave me alone right now.

No worries D - truth be told I would rather continue with the motorcycle build before starting in on the Lotus . I just wasn’t certain of the decorum associated with group builds .
Thanks for the reply .
Cheers RT

Richard,
Just to throw in my 2 cents worth, I’d concentrate on the Bike build as it’s truly an epic build. The 1/12 scale Lotus can wait a month or so for your attention as the GB is for 6 months duration.

Naturally, I’ll be following both builds.

Just to throw in my 2 cents worth, I’d concentrate on the Bike build as it’s truly an epic build. The 1/12 scale Lotus can wait a month or so for your attention as the GB is for 6 months duration.

I totally agree, maintain the momentum on that bike!

@AussieReg
@Joel_W
Thanks gents! That’s what I wanted to hear.
Posting RC 166 update in a few … 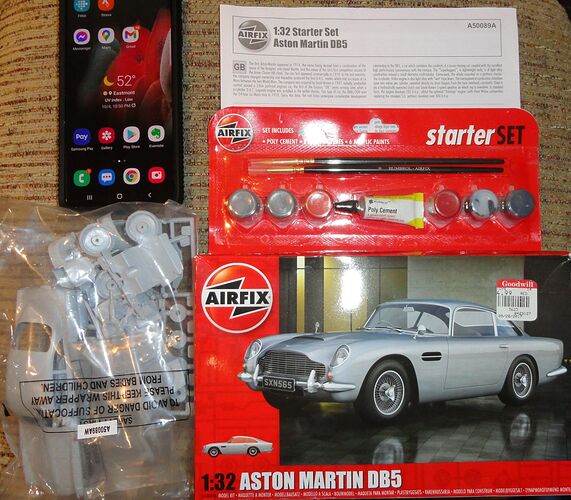 Airfix Austin Martin DB5 start small1548×1354 360 KB
It’s a starter kit I rescued from a local charity shop. All the parts are in the original sealed bag along with 6 pots of dried out acrylic paint, 2 mediocre paint brushes and a tube of (solid?) poly cement.
Everything is molded in gray (or should it be grey?) styrene except the windscreen. There’s a beautiful artwork on the back of a very fanciful result with shiny chrome a polished finish and real rubber tyres. Looks like the sprues are set up to have chrome parts, but apparently not in the starter set. 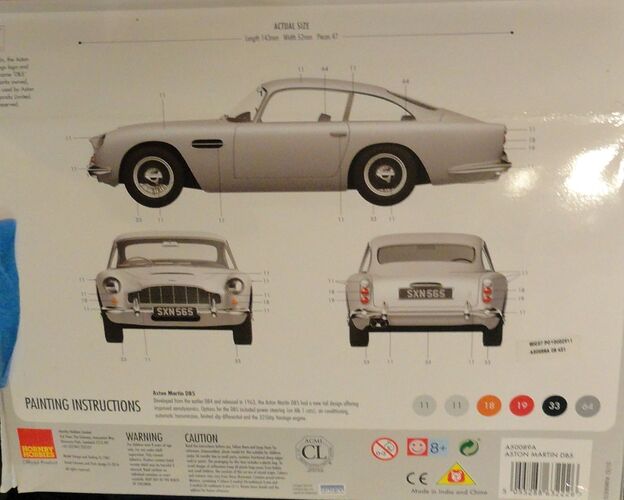 Airfix Austin Martin DB5 start 2 small1618×1296 155 KB
I even broke down and ordered Aston Martin Silver Birch paint from Zero Paints. I might get something worthwhile out of this kit.

Good start Mark - you have sorted a kit and there nothing more British than an Aston Martin DB5. Looking forward to your Airfix adventure.

Mark, I’m trying to sort out getting a new Group Build category set up, for some reason I’m blocked from this function.

Once I get it sorted I will definitely notify everybody.

In the meantime, no problems posting your start and progress reports here. I’m looking forward to your build progress on the DB5. I’m building the same car but the Doyusha 1/24 kit, and I’ve already got the Zero Silver Birch paint stashed away. Great minds think alike!!!

Oh, I’m sure it’ll be an adventure. Best guess is that the tool dates back to 1966, surprised it wasn’t released along with Goldfinger back in 1964. I haven opened the plastic bag yet but the flash, clunky parts and poorly maintained ejector pins are already visible. It ought to go together OK, but I’m prepared for the worst. And painting will be skill builder.

OOPS, I lied, It’s the Gravity paints AM Silver Birch. Still, I’ll need to experiment with all sorts of undercoats.

" Automobiles Ettore Bugatti was a German then French car manufacturer of high-performance automobiles, founded in 1909 in the then-German city of Molsheim, Alsace by the Italian-born industrial designer Ettore Bugatti. The cars were known for their design beauty and for their many race victories. Famous Bugattis include the Type 35 Grand Prix cars, the Type 41 “Royale”, the Type 57 “Atlantic” and the Type 55 sports car.

The death of Ettore Bugatti in 1947 proved to be the end for the marque, and the death of his son Jean Bugatti in 1939 ensured there was not a successor to lead the factory. No more than about 8,000 cars were made. The company struggled financially, and released one last model in the 1950s, before eventually being purchased for its airplane parts business in 1963.

In 1987, an Italian entrepreneur bought the brand and revived it as a builder of limited production exclusive sports cars based in Modena. In 1998, the Volkswagen Group bought the rights to the Bugatti marque and set up a subsidiary based back in Molsheim, Alsace."

This actually gets you a triple of three coloured flags:

Thinking of my friends in the UK at the moment 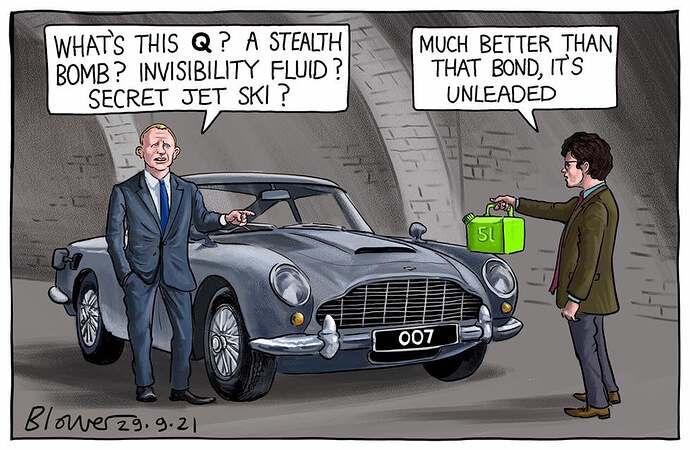 Poor Brits, preparing for rationing like they were doing back in the 40’ies.
Free business idea: start manufacturing wood-gas generators for cars, the old drawings should be around somewhere …

Ok folks, apologies for the delay in getting this one rolling but we are now in the right location and ready to fire up!

You can start and update your build progress entirely in this thread, or start a dedicated thread within this category of the Campaigns and Group Builds Forum.

Personally, I will be posting in this thread and starting a dedicated build log thread in the AutoModeler forum to try to increase traffic on both sites.

Making a start today - I hope I’m in the right place and doing the right things as this is new to me . Any and all feel free to correct me if I go off course. 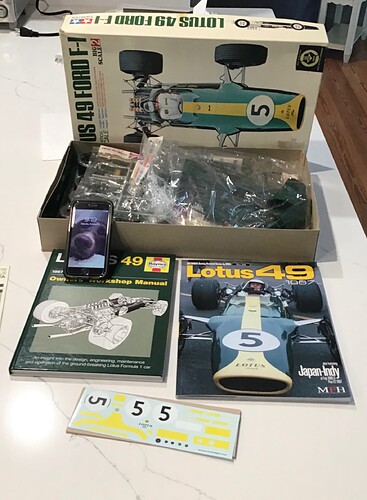 Great to see you making a start here Richard, fist one out of the gate!

I had a look at the kit history on Scalemates and it shows that Tamiya did indeed first release this as a new-tool kit in 1968, so these moulds are the same age as me ('67 vintage).

Best of luck with the build, this will be a very interesting one to follow indeed.