Where Was The Land Rover Pink Panther Actually Deployed?

Can’t remember where i found these images but I think the top one is probably Kenya and the other two are I suspect from a training exercise in Jordan - but could be completely wrong on that! 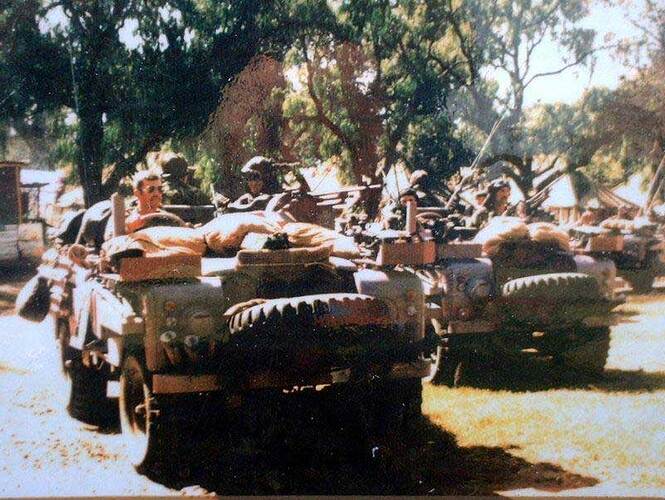 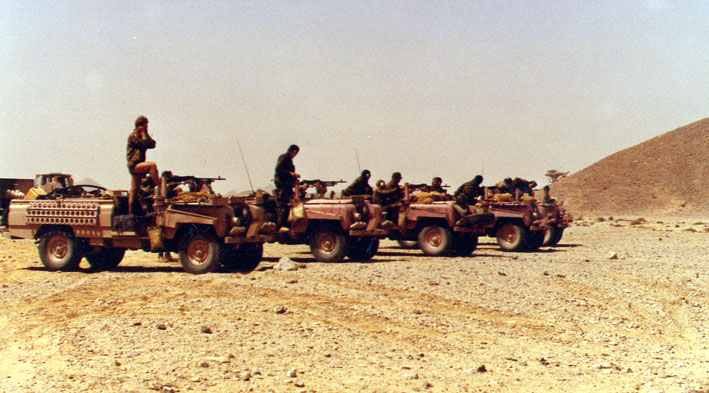 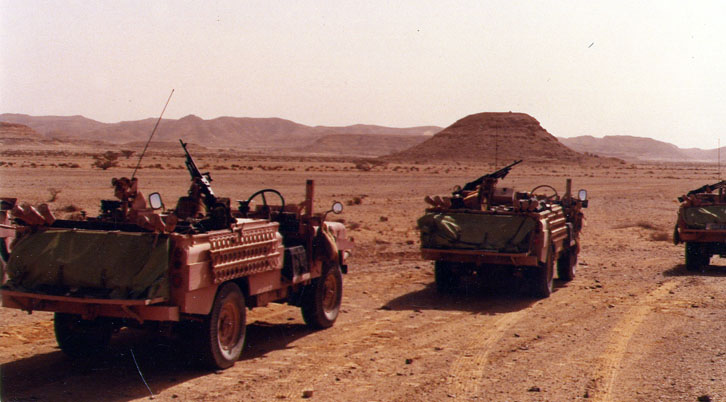 Wow that model looks great!
You did alot of scratch-building there too. I want to try to keep the scratch building to a minimum if possible. Is the sun compass available from other companies that you know of? I’ll probably source the FNs from live resin. Thanks for the help on a unique subject.

Thanks - I enjoy the scratchbuilding so it’s always fun to challenge myself with new projects. I believe that two separate Eduard PE sets for the Pinkie (#35164 and #35754) included the sun compass and mount. They are older sets so I’m not sure if you can still track them down.

Thanks again- and great job on the model as I said before. Hopefully I can start on this project soon I just a few others cooking at the moment lol.

Pinkies loaded up for the trip home from Aden in 1967. 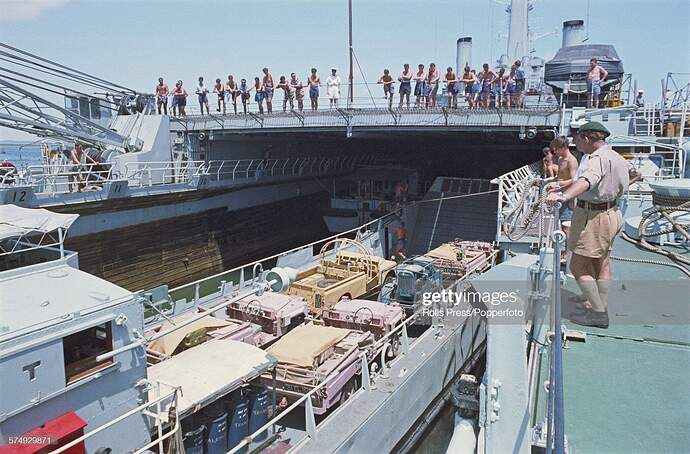 They are older sets so I’m not sure if you can still track them down.

Eduard still has a set listed, although after their fire, availability from them may be an issue. However several sites have it listed for sale if you look, so depending where you are Metalhead, you may be able to get one easily enough.

This site has pics so you can see what you get:

Live resin only do later versions of the British version of the FN MAG, the L7A2, and these do not have the wood stock ( you could fill the slots and shape them if needed. ) Very nice accessories though.
https://www.track-link.com/reviews/3023/3

Accurate armours is an older mould and a bit chunky. 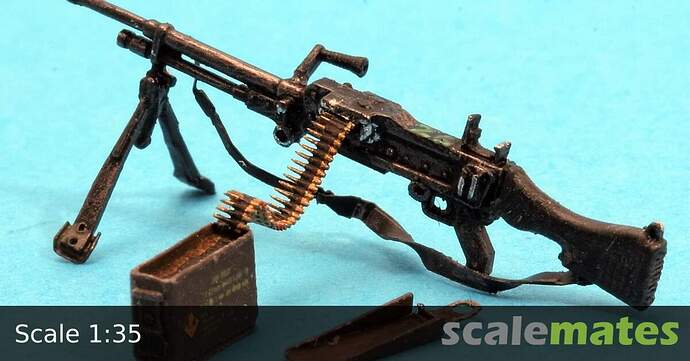 The two visible Pinkies in Haggisbasher’s photo are older versions with rounded half-pipe rifle holsters on the wings. These were converted by the SAS themselves and pre-date the factory-built version that is commonly kitted. Also interesting to see the earlier version of a mine protected Landy with roll bar (later versions had a circular hoop profile rather than the vertical sides seen here).

Another one (no location though…) 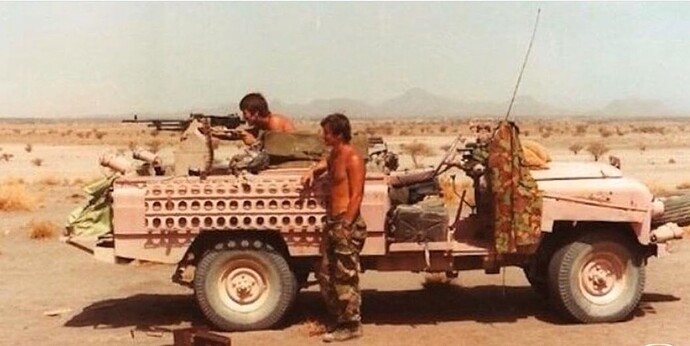 Yes they are stripped down for the trip home I guess.

Peter ,Frenchy ,and John thank you for steering me in the right direction with the update sets. Greatly appreciated!

John, very useful build details here so thanks for posting. The Carl Gustav would in all likelihood have been carried as the Troop anti-tank weapon not least as it was extremely useful (though weighing a ton!) in destroying just about anything. An SAS Sergeant used one to stalk and eliminate an enemy sniper in the Dhofar campaign in Oman in 71.

I bet that sniper got the biggest surprise of his life …

“During the Emergency, Special Air Service (SAS) units carried out covert operations against Arab nationalists in Aden city and against rebel tribesmen in the mountainous Radfan region.” 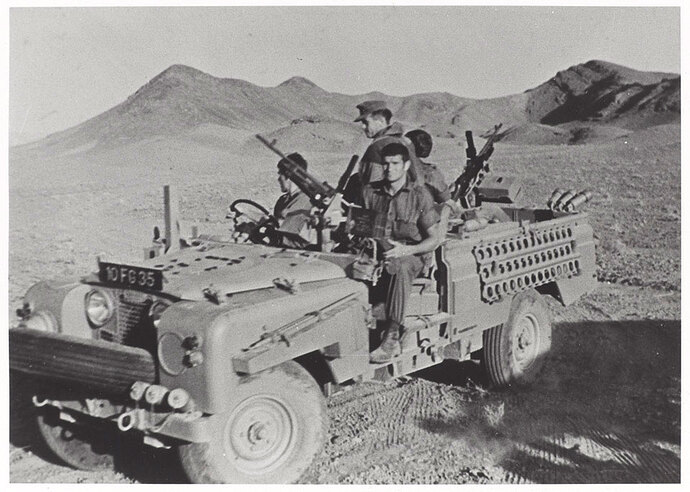 Would every LR have carried a Carl Gustav? Live resin has the CG, but are they the correct versions as the ones used back in 70-71?

Fantastic finished item John. Love the mess tin and gas stove with the egg … ready for the banjo … really nice looking job … and not over packed with kit … just the right amount.
And as @BootsDMS mentioned, the 84 was normal AT bit of kit they carried, along with 66mm’s if anyone remembers those lol

In respect of SAS operating procedures I don’t know; a weapon mix is largely dependent on task - or likely tasks. I suspect the SAS carried as I said earlier, 1 x per Troop but I’ll fully admit that’s a guess. Whilst issued to British Infantry Support Weapons Companies back then I imagine the SAS used it to augment their firepower as they saw fit. It packed a decent enough punch. 66s were also around then as JohnnyCh01 identifies and M79s.

The 66 is about the only rocket I’ve ever fired and that was on exercise in Kenya; loved it - as it’s the one weapons system you don’t have to clean!