Old Tamiya BMW. Been in my scrap box for 45-50 years… Some spare gear too.
Its getting 1-2 figures from the old, ICM Soviet Tank Crew.

General idea is crew off tank is taking a break, and finds his off the road in a old trench or road ditch. 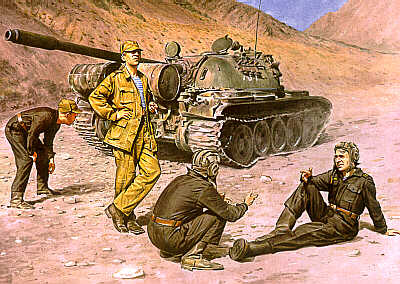 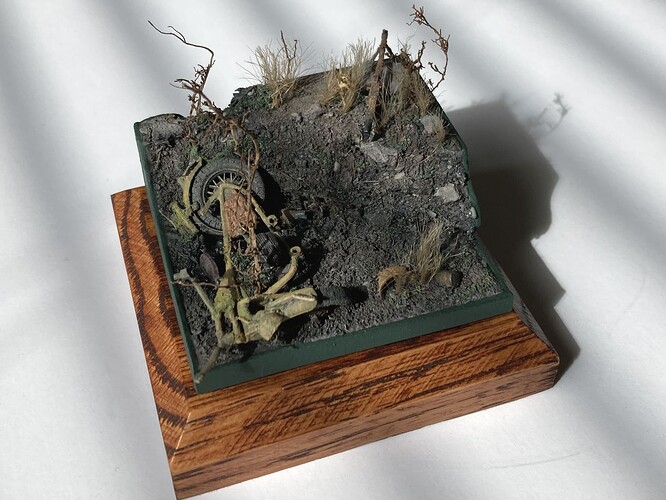 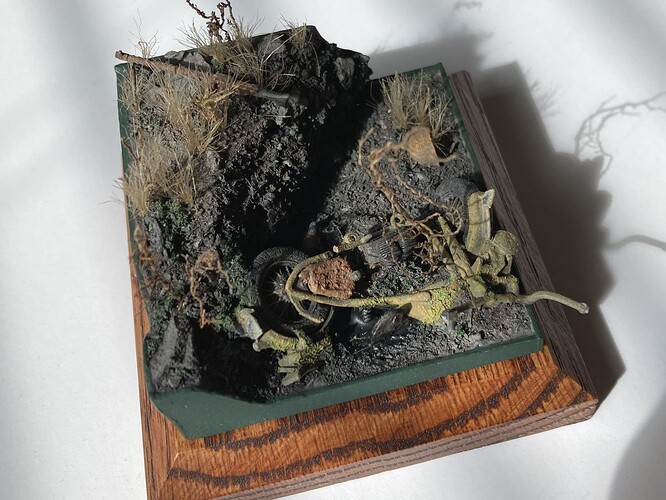 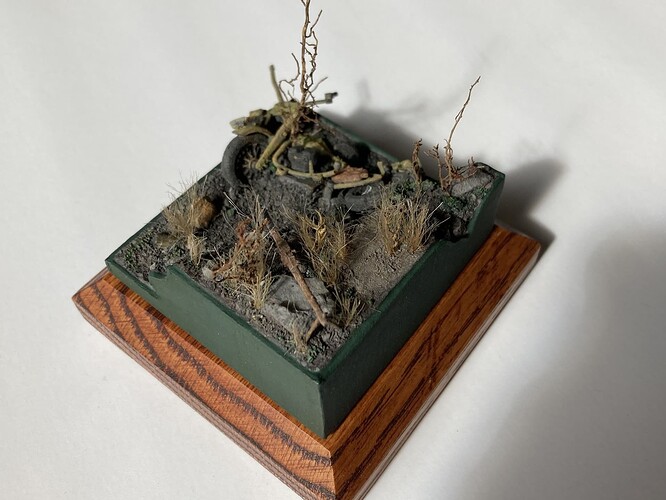 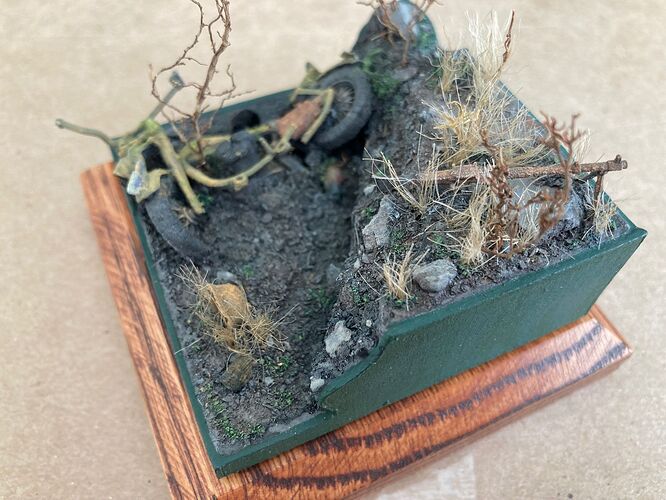 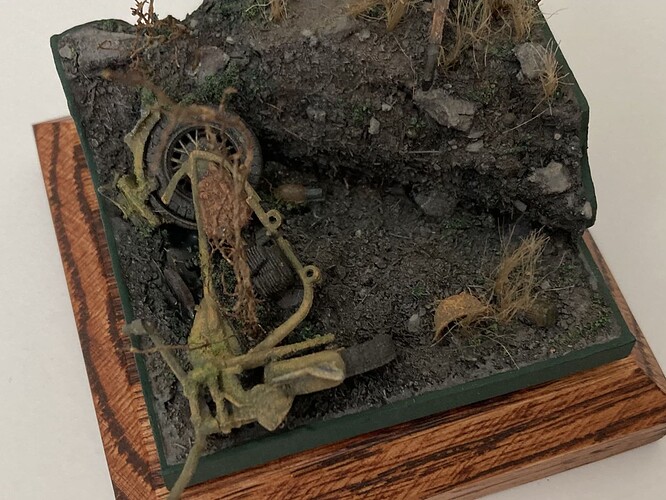 I like it! Art imitates life.
That Soviet tank looks like it’s in Afghanistan. We found a bunch of old motorcycles in the Famed Kabul boneyard (which is actually closer to Pol-i-Charki) and put one in a team house. Visitors would sign it.
And the Dneprs are actually based on BMW R71’s, so that sort of goes along with your idea. 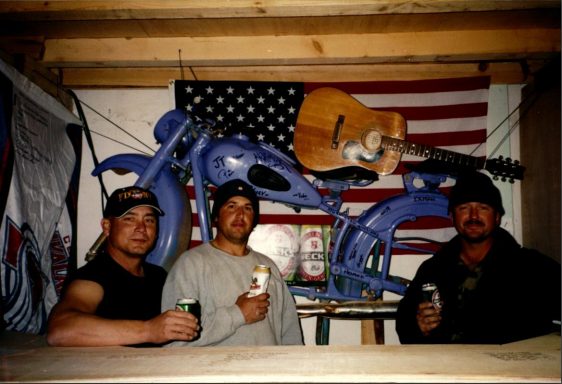 Very Cool. Was it that color or yous guys paint It?

I think ICM went thru some big Soviet / Afghan phase and made ton of kits.
Those figures will be OK for Europe / former Warsaw Pact countries long as I keep them in basic Russian black uniforms. Thought about doing something funky like Czech or Hungarian but didn’t feel it.

The bikes were pretty rusted in out in the boneyard. Not sure where they got that color - there’s no good reason for an SF company to have anything that ugly. Probably bought it on the Afghan economy. I’m sure half the jingle trucks in the country had that color on them somewhere.

Fantastic idea Neo, looking forward to seeing the crew on the base. Its looking good so far.

The figures I went with:
Crouching one w/ AK will be upper level. His arm out that funny way because he will be pushing apart the veg. around the MG.
Figure w/ helmet will be lower level.
Their in primer and I see few spots I missed, again…

Helpful Hint:
I the VA supplies me with an endless (ENDLESS) supply of plastic vials for my med’s. I have been using them forever as a painting base. But my basement is dusty in with my Glacial Pace of Building the figures get nasty. So I started keeping them inside the vials. I keep the small parts inside too. You can see inside, my PMC figure w/ the tiny sponge I have cut for his digital camo. At one time his hat, head, arms & wep were in there… 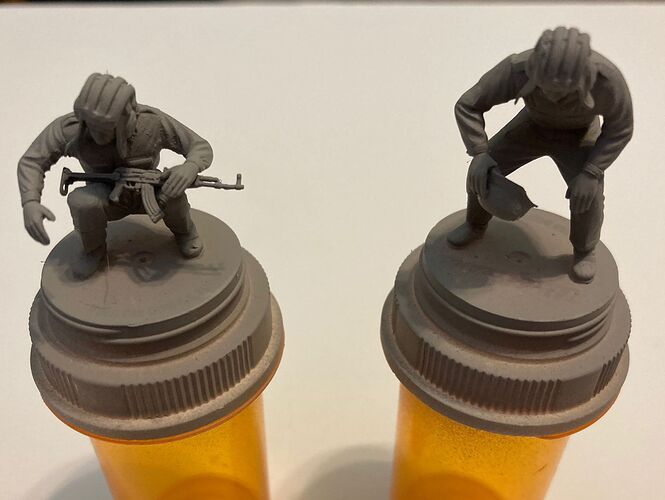 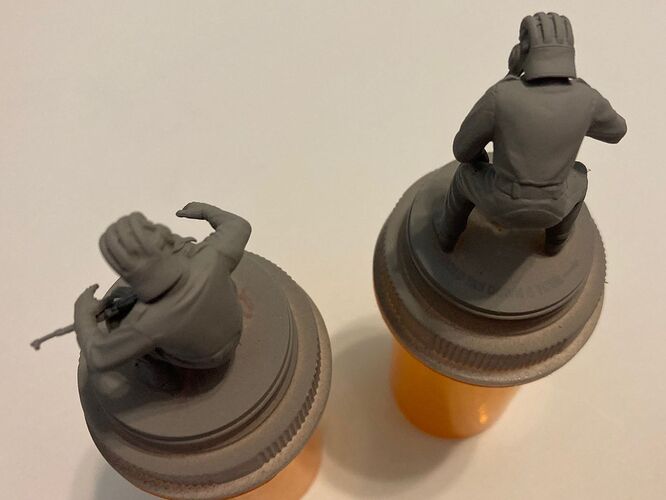 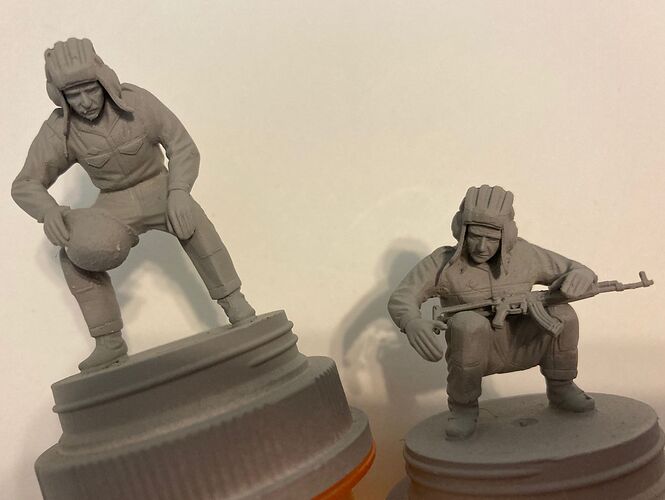 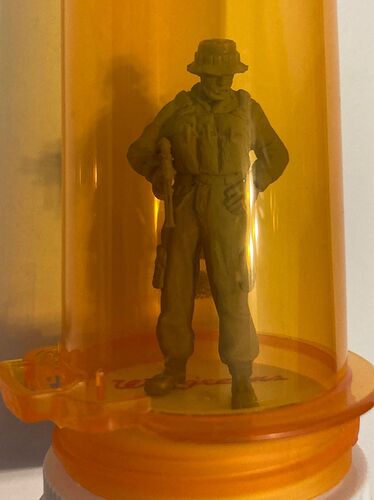 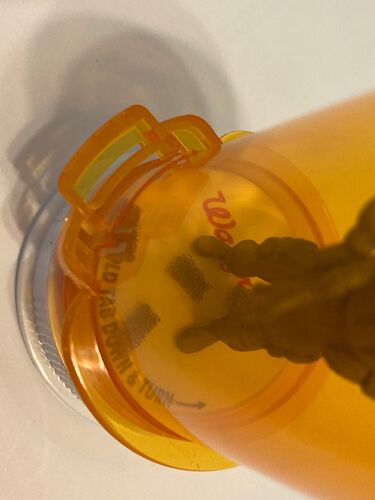 Figures painted. Black on black. With more black.
Tried for that greasy grimy look you might have after riding in a leak factory like a 60’s Soviet vehicle …

Mount these guys tonite and DONE! 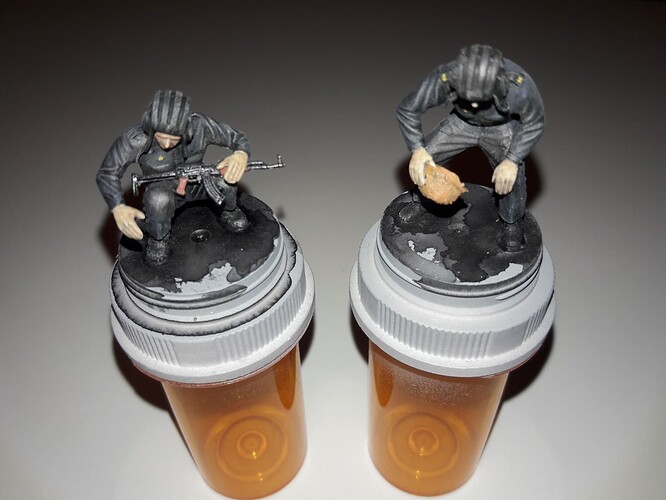 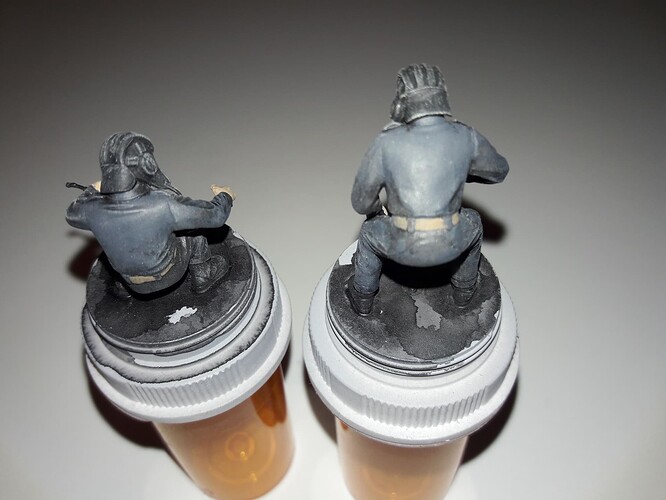 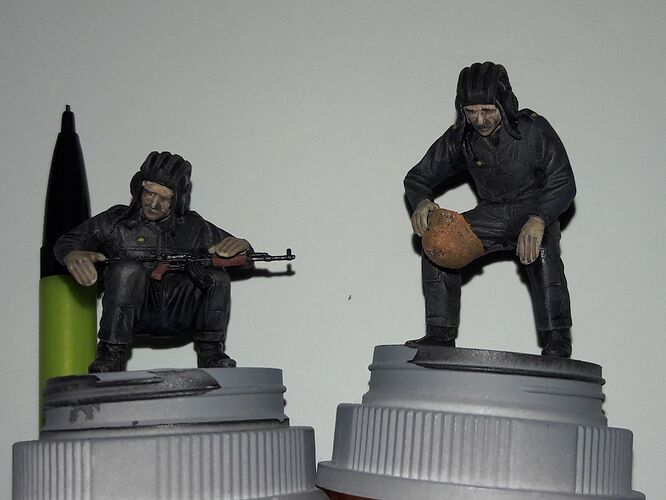 Neo, That’s a very nice concept — looking really good so far.
And your repurposing of the medicine bottles is genius!

Thanks guys, I appreciate the comments.

And… DONE!
Lot more pics. Much closer colors to what they look like. 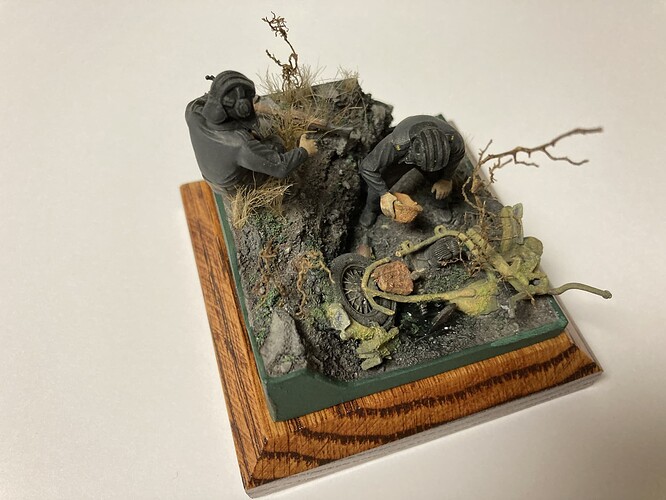 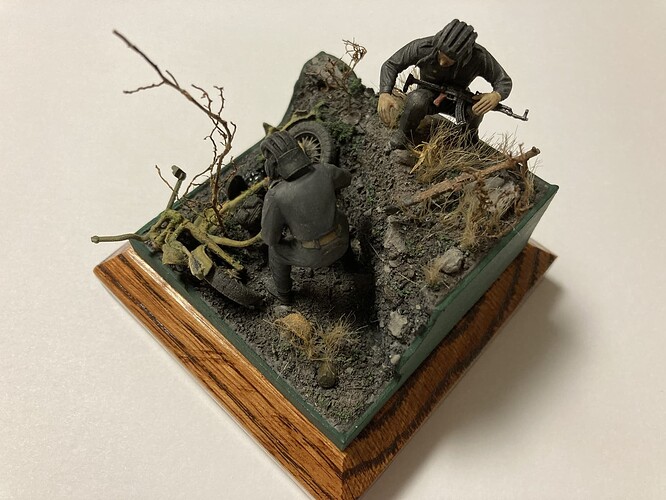 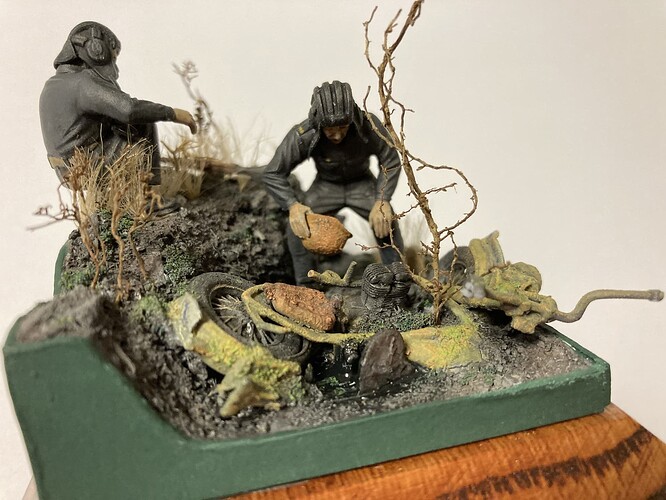 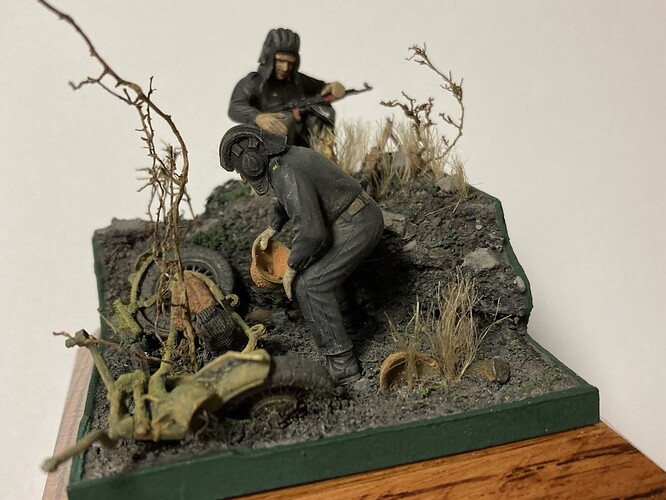 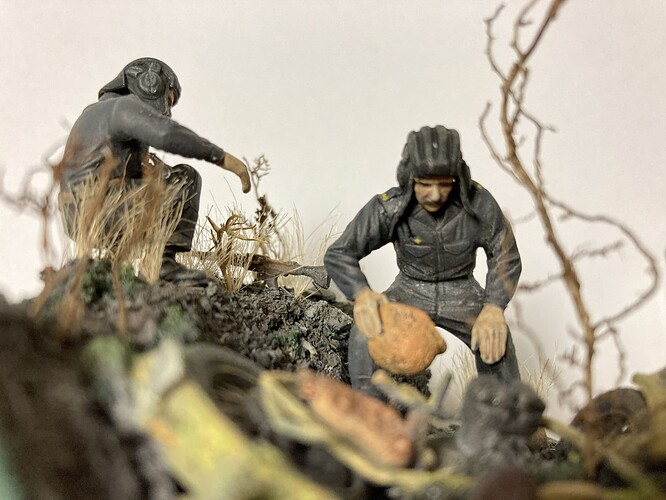 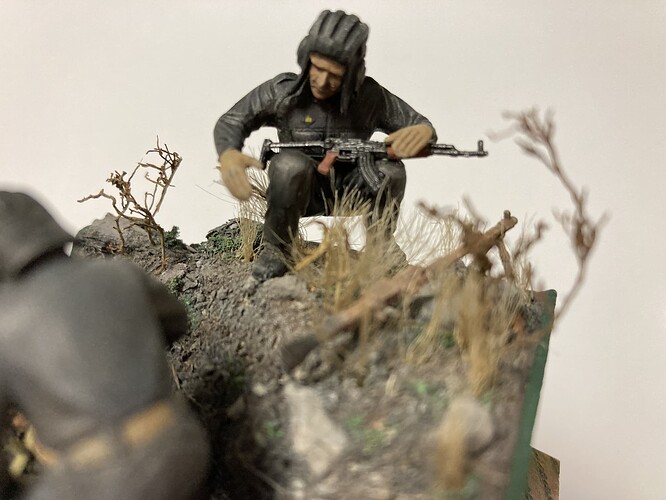