Would the 18 tooth sprocket King Tiger use the same tracks as the 9 tooth?

I have the Academy King Tiger late and don’t want to use the transport tracks that come with the kit. I have a set of magic tracks from the dragon king Tiger and would they be right. 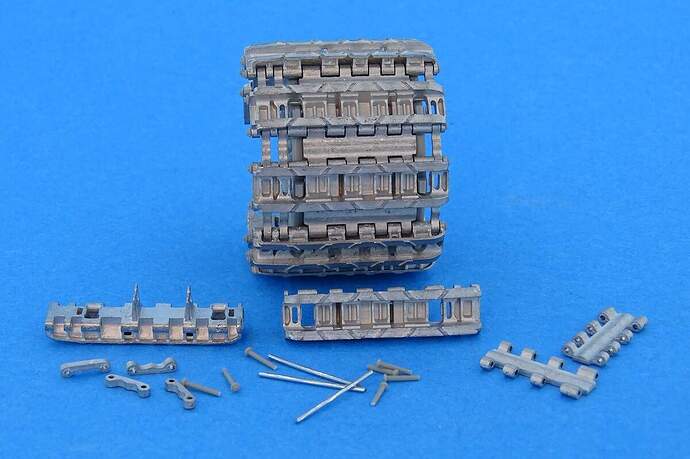 These tracks could be found on prototypes and some early Tiger II with the Porsche-Turm. There was a late war track that was used on only a handful of late Tiger IIs with the revised 18-tooth sprocket.

I would like to do a late defense of Berlin King Tiger, can I use the 9 tooth sprocket on the Academy late King Tiger or would that be incorrect? Thanks

You could do a late war Tiger II with 9-tooth sprocket. You would just need to replace the tracks if you are not wanting to use the transport variant.

Thank you a ton for your great great information. I know the lake King Tigers had different fenders and the 18 tooth sprocket as well as a lighter gun mainly I think but I guess it would be very possible to see a light king tiger with a nine tooth sprocket and the two piece tracks on it towards the end of the war. I want to do black 402 which star decals 35-C 1095 which has a large 4 and black crosses outlines in red. It shows late production but has the 9 tooth sprocket. So I’m wondering what tracks it actually used since you can’t tell on the decal guide.

Not having studied the KT much, can I ask why the 18-tooth sprocket cannot be used with the two-part links? Those alternate links certainly have holes in the right place for the spare teeth to go through, so I just assumed they could be used regardless. But I know the Bovington KT rescued from the testing grounds has the 18T and later single links…

Gerald never mind I found 402 and a lot of pictures on missing link, looks like a 9 tooth sprocket with late fenders and late mantlet as well with the 2 piece common tracks.

Unfortunately, no; the tracks most often used with the 9-tooth sprocket on the KT did not have the holes for the teeth. 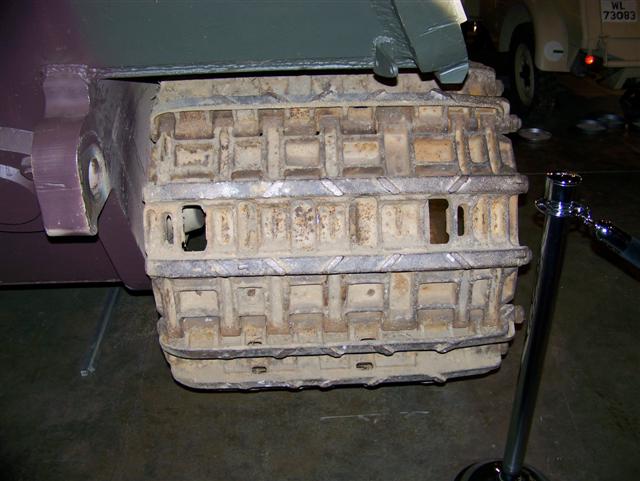 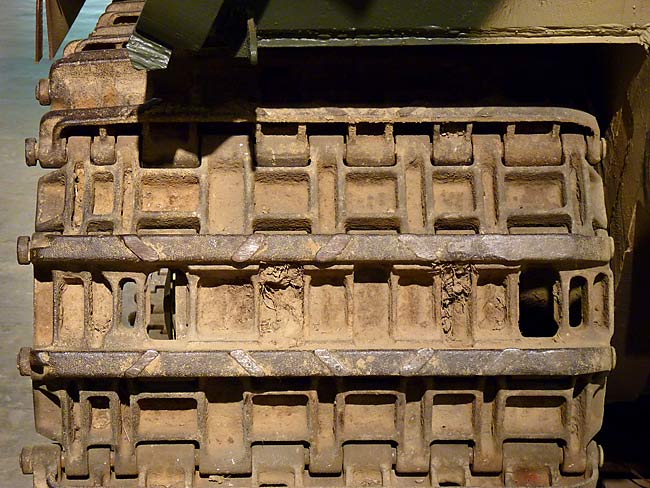 They are the 2-piece style tracks. The Bovington tank has the very late tracks, which are different.
Ken