When painting the white metal buttons of German WW2 Uniforms, what color do you use? Aluminium would be terrible out of scale, obviously. But then? Light grey? Something else? Please advise!

I’d use a light grey. But it doesn’t need to be very light. Just enough to give you some contrast against the tunic.

If I recall correctly, buckles for enlisted men were painted field grey. but also appear to chip fairly readily.

The images found online are indecisive. Some seem to be bare metal, others painted… 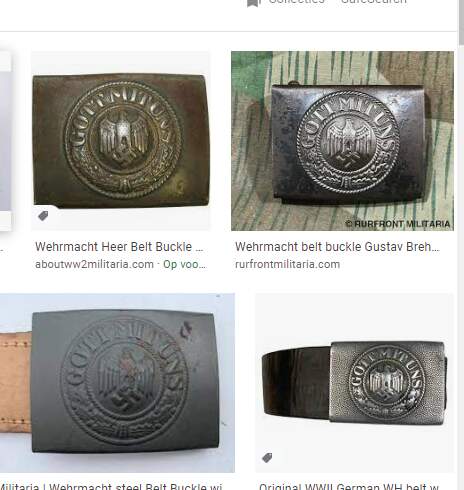 I’ve used oily steel with a black or brown wash. Silver might be too shiny.

Thanks… the same goes for aluminium paint…

There is a Vallejo Metal Color called ‘Steel’ (77.712) which is actually quite a dark metallic tone- its often very useful for pieces like this.

Wartime German buttons had a pebbled finish. This was to help the Field Grey paint adhere. So you do not want the buttons standing out silver. It is better to just highlight them with a lightened base colour, as you would any other feature like a fold or seam. Likewise the buckles, although, being bigger they could chip as per the photos. Pre-war kit was bright aluminium, but was ordered to be painted over on field uniforms. For the same reason, the bright aluminium NCO’s “tresse” became a pale dull grey as the war progressed. Some early war pictures show NCO’s and officers wearing their shoulder straps upside down for security or camouflage purposes. Hastily sewn up field grey slides to be worn over the straps were also popular.

Thanks for al your suggestions guys!